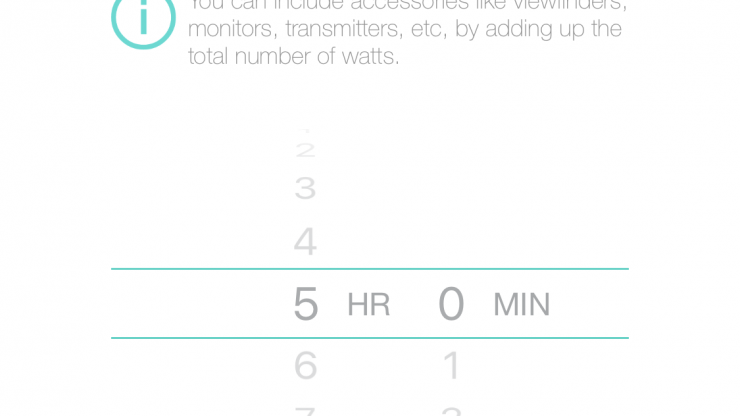 The Cameras + Formats app has added a power calculator in version 3.2 that looks to be a handy tool if you want to find out how many batteries you’ll need for a shoot, or how long your set of batteries will last you. It’s as simple as selecting your camera, entering a custom # of watts for additional accessories, like monitors, transmitters, etc, and selecting the battery you are using. 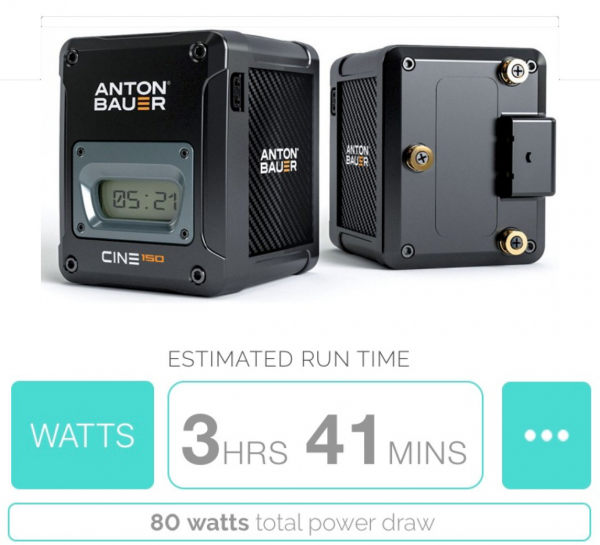 If you are using a battery that doesn’t list its capacity watt-hours, you can just click on a button and enter the mAh and voltage. For example, a Canon BP-A30 has 3200 mAh at 14.4V. This equates to 46 wH. Now, what you need to remember is that the app can only make calculations based on an average.  It can’t determine battery life if you start recording in larger resolutions/higher frame rates, using the camera in cold temperatures, or using older batteries.

This power calculation feature looks like a nice quick and easy way to at least get a pretty good ballpark indication of how many batteries you will need and how long you should expect them to last for most shooting situations. Yes, you could probably just pull out a calculator or do the math in your head, but using an app on a phone that we always have with us seems like a far easier solution. The app also allows you to save the power calculations so you can easily recall them at a later date.

In case you aren’t familiar with the Cameras + Formats app, it does a lot more than just tell you how many batteries you may need. It can help you answer questions such as:

“How much drive space will I need for this FS7 shoot?”
“How long will these batteries last me on an ARRI ALEXA?”
“What’s the dynamic range of the C300 Mk II?”
“How big is this H.264 file going to be when I export it?” 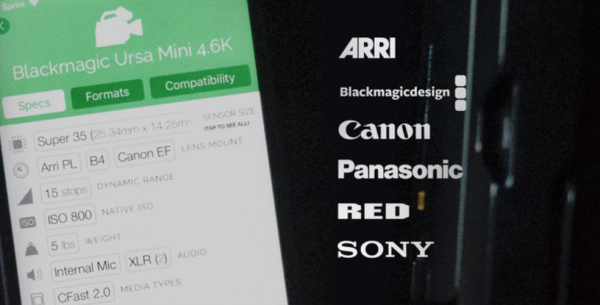 The app lets you search over 100 cameras with a list that includes ARRI, Canon, RED, Sony, Blackmagic, Panasonic and more. You can also browse by format, from modern standards like ProRes and DNxHR to older ones like DVCPro-HD and Betacam.

Specs for cameras include dynamic range, sensor size, native ISO, lens mounts, resolutions, and frame rates. You can also see how well each camera and format performs with the latest versions of Final Cut Pro, Premiere Pro, Avid Media Composer, and DaVinci Resolve. In a nice handy reference, there’s also links to the manufacturer’s website for firmware & manuals, and a phone number for support in your country. 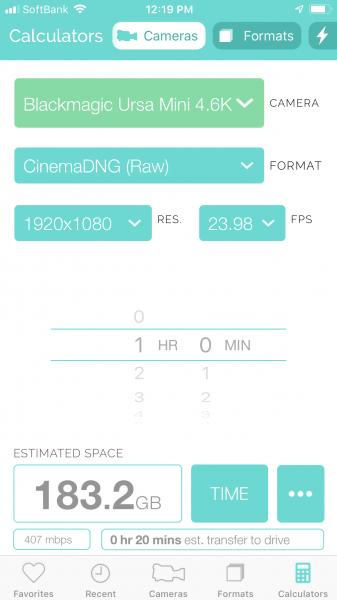 For shooting or backing up your material in the field or on location, there is a storage calculator to determine how much footage you can fit on your camera card or hard drive– or how much storage space you’ll need for a given recording time. The transfer time estimate shows how long it should take to copy that footage.

There are also three new specs for every camera— shutter type, internal ND filters, and price. Price fetches the current cost of the camera from B&H, and includes an affiliate link to the B&H website.

The new Power Calculator is the simplest way to determine how many batteries you’ll need for a shoot, or how long your set of batteries will last you. After selecting your camera, you can enter a custom amount of watts for any additional accessories, like monitors, transmitters, etc.

Finally, Notes is a convenient place to store observations, opinions, or anything you want to write down about a camera. Maybe you want to remember your favorite picture profile, or what ISO you prefer to rate it at, or whether or not it has clean HDMI output— just tap the Notes icon at the bottom of any camera or format page to get started.

The Cameras + Formats app can be downloaded for iOS devices and costs $9.99 USD. An Android version should be coming soon.