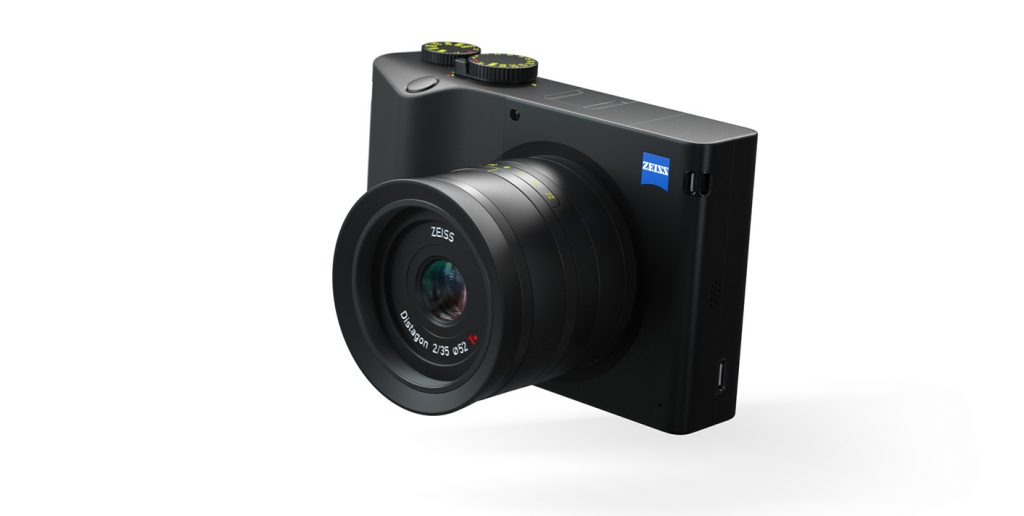 The ZX1 has a clean, minimalistic design with only a few buttons and dials for shutter, ISO & shutter speed. The back of the camera is mainly dominated by the large LCD touchscreen and the OLED EVF. The camera utilizes a full frame 24 x 36mm (3:2) sensor, with a resolution of  37.4 megapixels (7488 x 4992 px). It’s interesting that the sensor being used is designed by Zeiss, and hasn’t come from one of the major sensor manufacturers.

The ZX1 looks like a nice simplistic camera on the outside with its clean lines and sleek build but the inside is where they are aiming to make a difference to attract shooters. It weighs in at ~800g and has physical dimensions of 142mm x 93mm x 46mm (+20mm lens).

The back of the camera doesn’t have any control dials or buttons to adjust camera settings, instead, it is all done by the touchscreen using a simple interface. The touchscreen is a 4.34″ LCD with a resolution of 1280 x 720. When you use the EVF, you can use the touchscreen to move your focus points around, this is similar to what we have seen in the recent crop of mirrorless cameras. The EVF offers 0.74x magnification and has a 0.7″ OLED 1920×1080 screen. 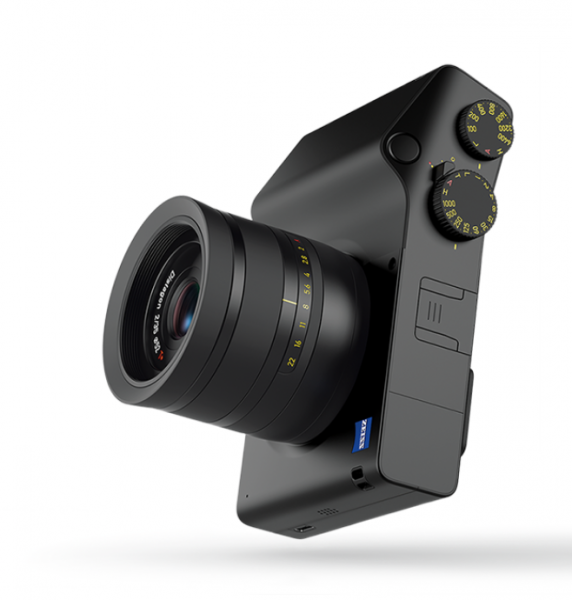 The ZX1 is first and foremost a still photography camera, but it is capable of shooting video. The camera can record UHD (3840×2160) up to 30fps and Full HD up to 60fps in the MP4 format. Unfortunately, the recording time when shooting video is limited to 15-minute clips. The camera has a built-in microphone, but no headphone jack or 3.5mm mic input. If you want to monitor audio you can use headphones through the use of the USB-C connector with the appropriate adapter. There is no HDMI on the camera, but you can use a USB-C to HDMI adapter to output video and audio from the camera to an external device. There is currently no information about if the camera’s output will be clean and what is actually outputted.

Given the camera has a fixed 35mm focal length lens it will be interesting to see if Zeiss incorporates any cropped sensor modes to make the camera a little bit more versatile.

Transferring files from the ZX1 is done via the USB C 3.1 port. According to the specifications you can also use the USB-C port for external storage. I imagine you can hook up an external hard drive in the same way you can with the BMPCC 4K.

The ZX1 also uses a leaf shutter which Zeiss claims is practically silent. There is no built-in flash but it does have a hot shoe which supports the Sigma flash protocol. 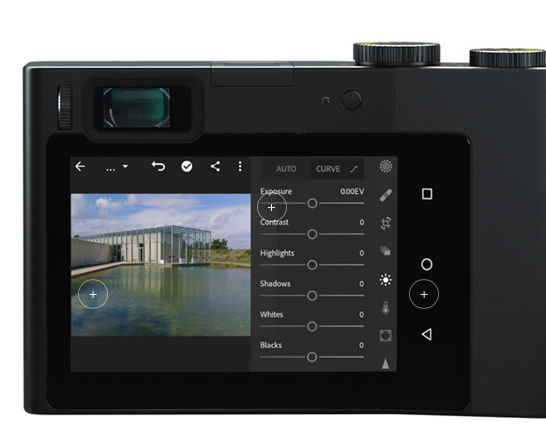 This is where it gets even more interesting, the ZX1 has Adobe Photoshop Lightroom CC built right into the camera, letting you edit your RAW images right there and then. The edits you make on the camera can be synchronized to Lightroom CC on your computer. The app is a special custom built version with an intuitive multi-touch interface and not the standard mobile Lightroom interface.

Using Wi-Fi, the camera can automatically upload to the cloud, back up to a NAS drive or share files to another computer.

There is no mention of what the ZX1 is running on, it could possibly be a custom version of Android running under the hood. Perhaps we will see more apps available to download for direct sharing to social media sites like Instagram.

Ahead of its time

The Zeiss ZX1 is not the first attempt manufacturers have had at combining a camera with integrated apps for editing and direct sharing. Back in 2012, Samsung announced the Galaxy Camera which had a large touchscreen that operated on Android and could even take a sim card for use on mobile networks. 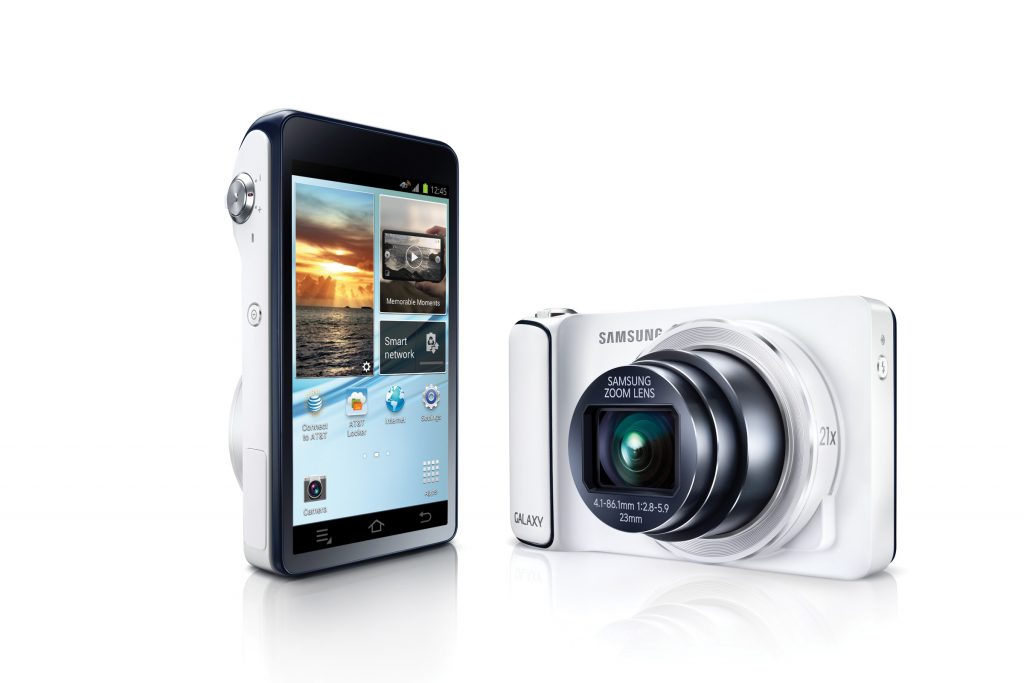 Motorola also attempted at merging smartphones with high-quality image capture with the Hasselblad True Zoom mobile photography x10 module that attached to the back of the Moto Z phone and offered 10x optical zoom and shot 12mp RAW images on the 1/2.3″ sensor. 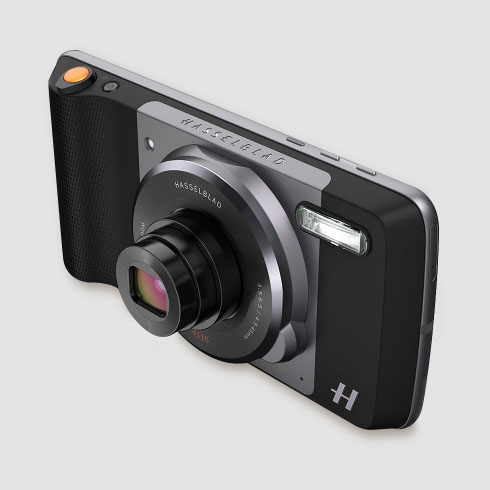 More recently, The RED Hydrogen ONE which is starting to ship next month will have different modules that can attach directly to the phone.

So is this just the beginning? Most cameras nowadays have Wi-Fi or Bluetooth built-in which lets you send your images quickly and easily to your mobile or tablet for editing and sharing on the go so would you be enticed to buy the ZX1? When you think about it, you are still going to have to bring your smartphone with you if you want to share on the go. The main difference is that you are editing the RAW files on the camera before sending to your smartphone compared to editing a JPG transferred file in Snapseed or other mobile apps before posting to Instagram or elsewhere.

No price or shipping date was set with the announcement, but Zeiss says that it will be available in early 2019. The ZX1 looks to be a very niche camera and it’s certainly not being aimed at a wide demographic. With a fixed lens, it is robably more suited to street photographers or camera purists who are looking for quality over versatility. 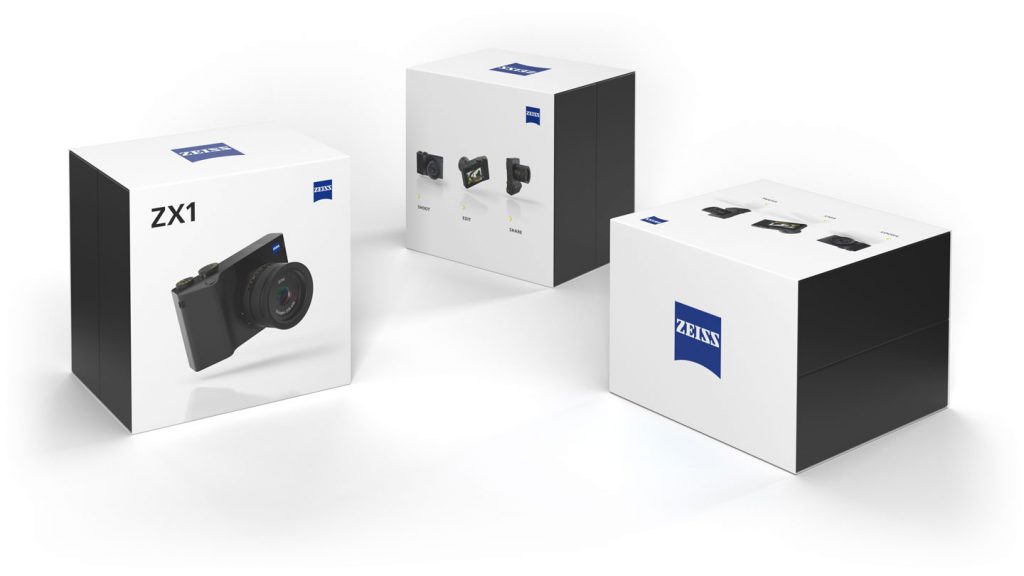 What do you think about the Zeiss ZX1? Let us know in the comments section below.