GoPro has announced the new HERO7, with the biggest feature being the built-in image stabilisation called HyperSmooth which GoPro claims will deliver gimbal-like stabilization.

Just like the previous series, there are three tiers to choose from with varying capabilities: 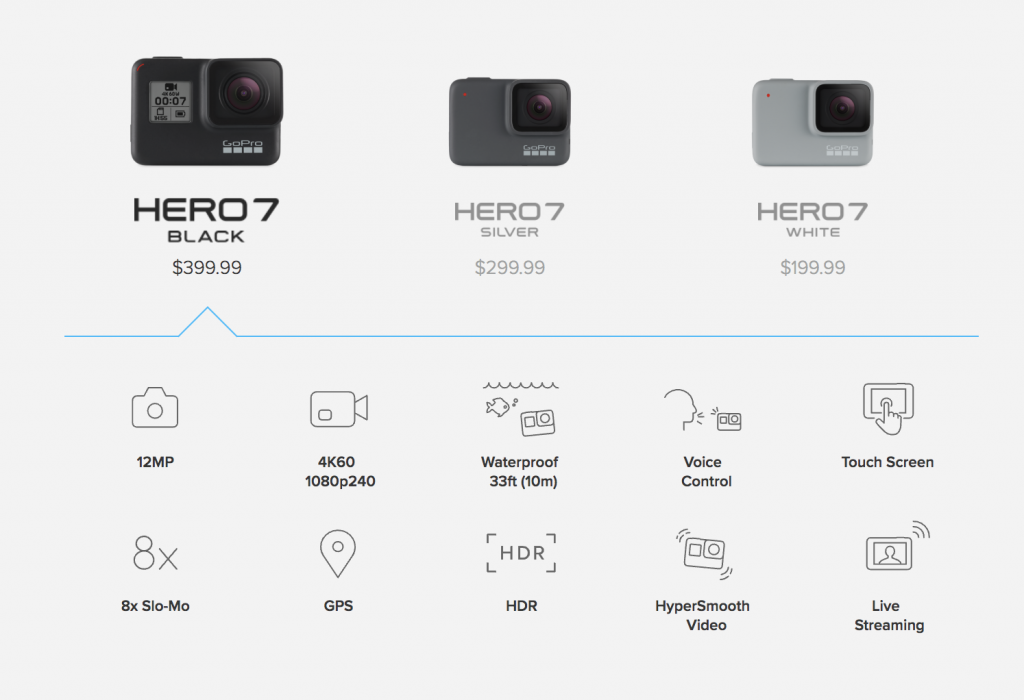 The Silver & White lose out on a number of resolution/frame rates, only have standard stabilisation and a number of shooting modes.

All three models are waterproof down to 33ft (10m) without an additional housing, can now shoot in vertical mode and are compatible with most of the accessories from previous generations. 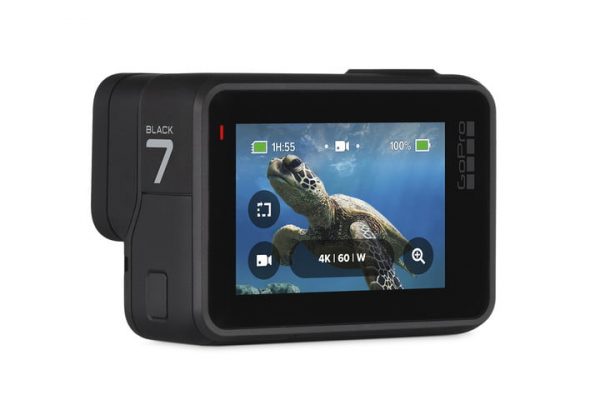 For those wanting all of the top features, you will need to go for the HERO7 Black. 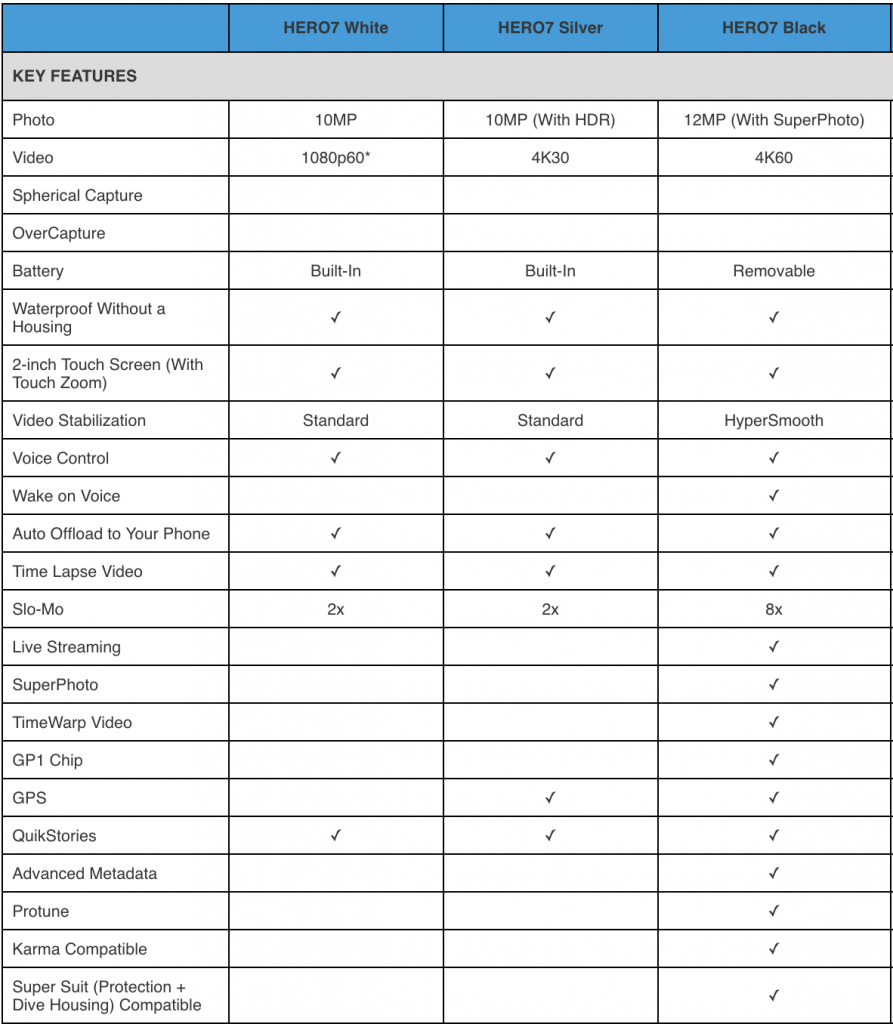 Another big advantage that the Black has over Silver & White is that the battery is removable so you can quickly swap out the 1220mAh lithium-ion battery. The lens is also replaceable if it ever gets scratched or damaged.

If you want to livestream from your GoPro, you will also have to stick to the Black as the Silver & White don’t have this option. The Black also has a mic input using the adaptor.

TimeWarp which is essentially a hyperlapse mode and SuperPhoto for built-in HDR photos are also available only in the Black.

The GoPro’s have lagged behind in recent years with low bit rates and outdated codecs. So what do the new HERO7 models use?

The 78Mb/s (4K) maximum bitrate when shooting on the HERO7 Black is only marginally better than the HERO6 Black’s 66Mb/s, but slightly lower than 80Mb/s that could be done when shooting in the ProTune mode. It’s dissapointing to see that GoPro is still severly limiting recording bitrates on their cameras.

GoPro does not state how this is being done in the Black but it is most likely a combination of sensors and EIS. Looking at the comparison chart, only the Black features the new GP1 chip.

GoPro has faced tough competition in the recent years with cheaper options coming into the market like the Yi 4K+ action camera that was announced back in February 2017 and offered 4K60, EIS & a maximum bitrate of up to 120MB/s and retail price of $299.99 USD. 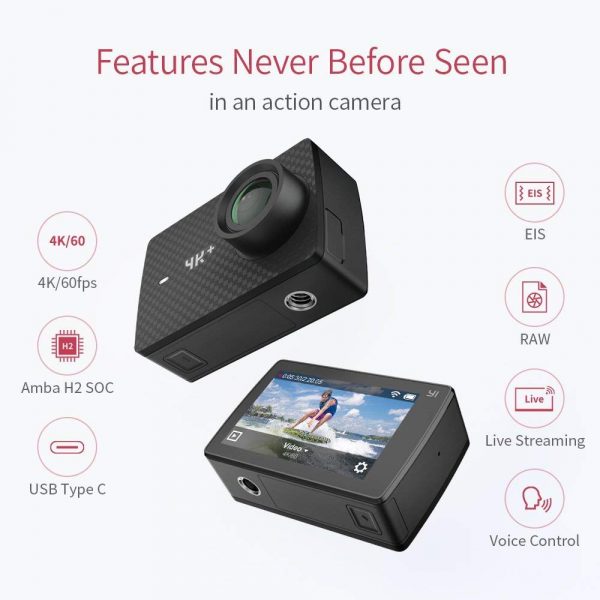 Sony’s RX0 with a 1″ sensor was also introduced a year ago which only recorded up to 108050 but had 4K output via HDMI. It was also more expensive, priced at $700 USD. Maybe we will see an update in an RX0 II at Photokina next week.

The cameras are available for pre-order from the GoPro online store and come with a free 32GB or 64GB Micro SD card, depending on which model you choose.

The HERO7 range seems like another minor upgrade of existing technology. GoPro was once an innovator with action cameras, now it just seems like they are putting out new models that offer slightly better features than previous versions. What do you think about the HERO7? is it still too late for GoPro?