PostLab is a new piece of software that lets multiple users easily share and work on FCPX libraries. PostLab was developed by Evangelische Omroep one of the twelve member-based broadcasting associations contributing to the Netherlands Public Broadcasting system. 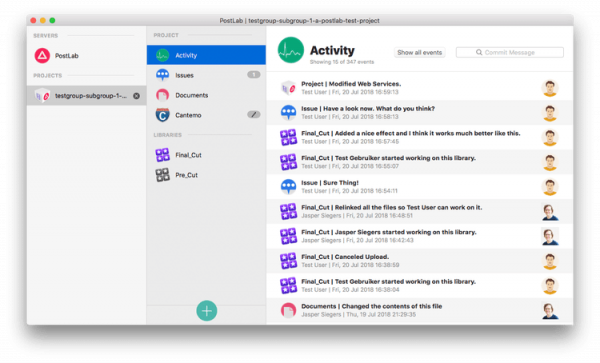 PostLab was specifically created to help people collaborate between Final Cut Pro Libraries. It keeps track of who is working on what, when and why. Users can work on libraries with a check in/out system, so everyone knows who has done what and when. PostLab keeps every version of your edit so you can go back anytime and never have to worry about your work being lost. 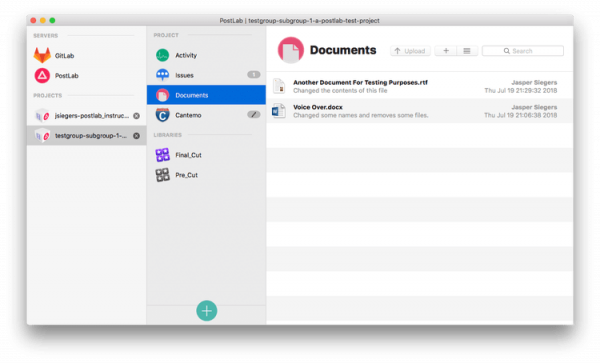 You can also archive all of your FCPX libraries safely in either the cloud or on a local server. Documents that are relevant to your libraries can also be stored so everyone on your team has the same relevant information for any project you are working on. 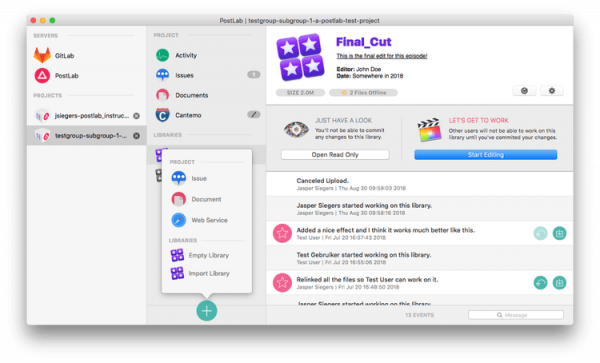 If you have members of your team who you only want to give specific access to, then PostLab gives you the ability to limit how much access any one individual has. PostLab can also connect up to different web services such as Frame.io or Cantemo Portal.

FCP X libraries were never designed to be shared. What you need to clearly remember is that for PostLab to work you can’t keep your media or cache inside an FCPX library. You need to keep all of your media separate and store it on a shared drive that everyone on your team has access to.

Like many post-production facilities,  Evangelische Omroep struggled with finding the right way for all of its team to work together with Final Cut Pro X. The available solutions were just not what they wanted. As developers, they thought that they needed something that coders already have. like GitLab. They then thought that editors are sort of developers, but they make movies instead of software. So Evangelische Omroewe figured out a way to put Final Cut Pro Libraries under version control in GitLab. That’s how PostLab was created.

The good news for users of FCPX is that since Evangelische Omroep is a public broadcaster they not allowed to sell software, so that’s is why it is free!