At BIRTV in Beijing, Movcam were showing a working prototype of their Helm remote stabilized head. Helm looked to be well made, well thought out and very competitively priced. 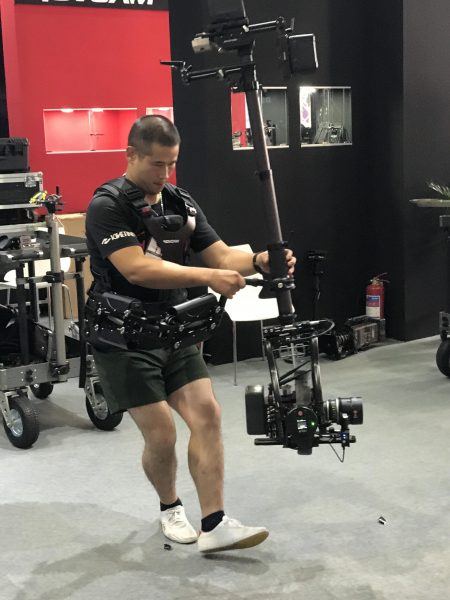 Helm has a maximum load capacity of 23kg (50.70lb) and allows for both horizontal and vertical camera positioning with 3-axis stabilization. One motor can also be disabled so Helm can work as 2-axis  The system can be used on car supports, cranes, jibs, as well as letting users go handheld. The remote stabilizing head can pan 360-degrees and has 180-degrees of tilt available. 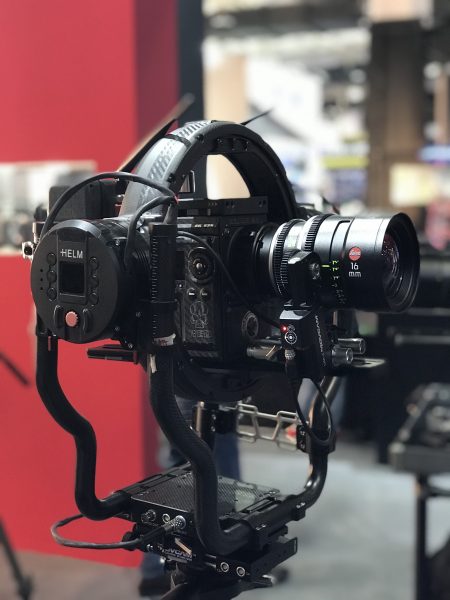 By using a ring design, Helm enables you to use very long and heavy cameras but still position the weight evenly for correct distribution. 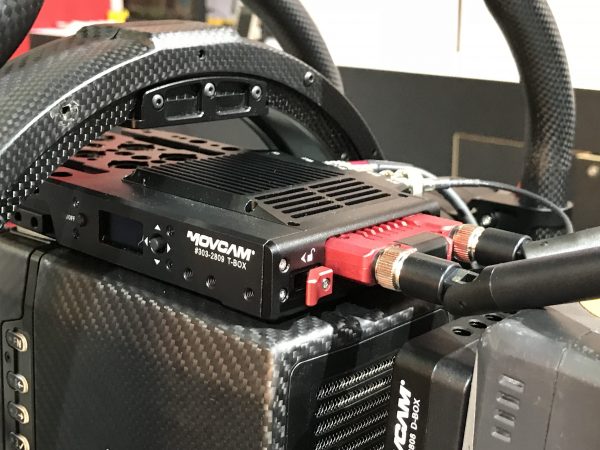 Helm works with a new wireless wheel control, as well as the DarkTower wireless camera control and video transmission systems. Dark Tower is a very clever way of using just one device to not only send wireless video but also to control the Helm remotely. If that wasn’t enough, DarkTower also receives the signal from the Movcam MCS-1 FIZ controller and relays all that information to Movcam motors. Both wireless and wired modes are available for controlling Helm. 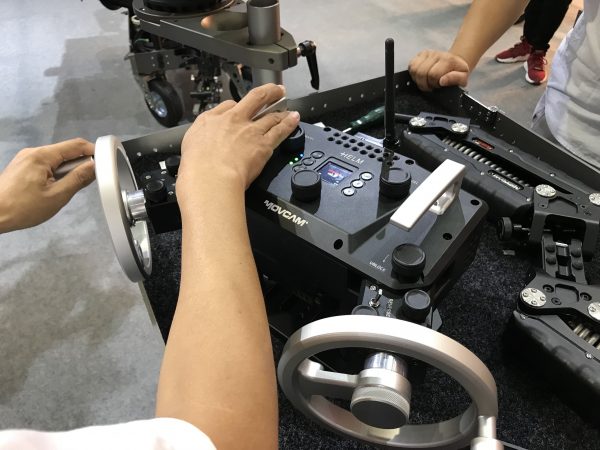 The wheel control system was very well made and looked similar to the DJI Master Wheels. It allows you to control both tilt and pan, and a third wheel can also be added to control the roll. The menu had many parameters that you could change, including load, speed, and limit. The wheel control system from Movcam is apparently also cross-compatible and can be used with other stabilized heads. 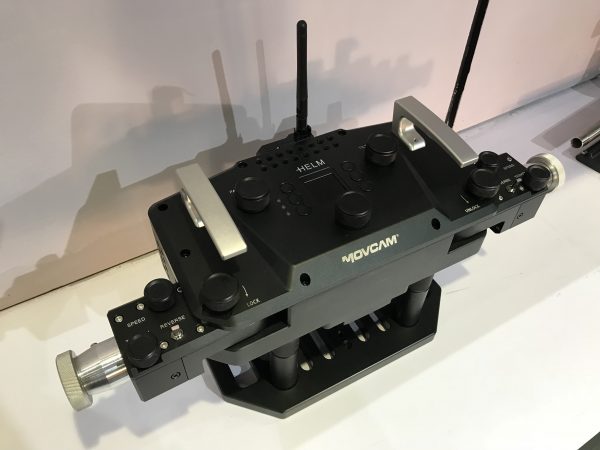 What is quite amazing is that the wheel control system comes included, free with Helm. As a comparison, the DJI Master Wheels complete 3-Axis Model retails for $8,000 USD. 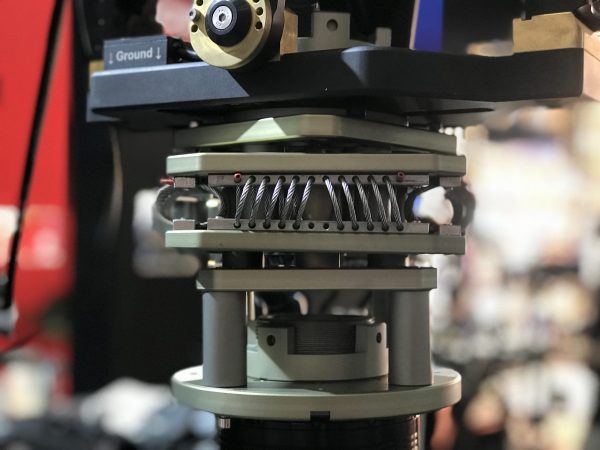 Movcam also includes a vibration isolator that looks similar to systems from Kessler, RigWheels, and FlowCine. Again, just like the wheel control system, this is included in the price of Helm.

3-axis stabilization, option to dismount from the pan motor to use as a 2-axis head
Maximum 23kg (50.70lb) load capacity
Vertical and horizontal positioning
Supports vehicle (car and place) and handheld modes
Compatible with Dark Tower system
Compatible with wireless wheel control system
Can work in both wireless and wired modes

Movcam confirmed with Newsshooter that the approximate pricing will be around $15,000 USD. This includes Helm, the vibration isolator, the wheel control system, as well as the wireless control system.  Movcam expects it to be available to purchase by the end of the year.