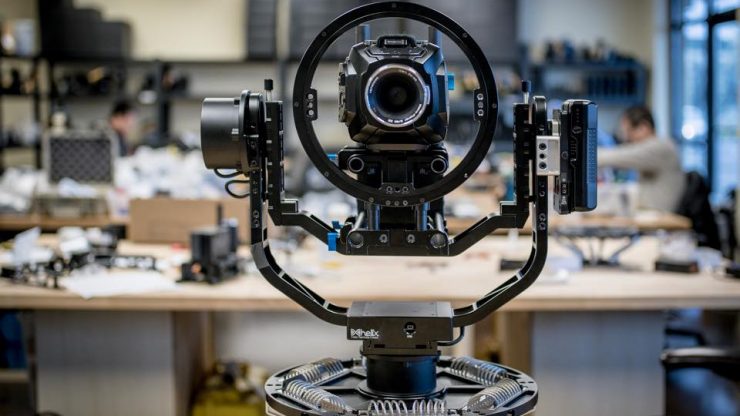 Letus has announced a new Helix Remote Head which can continuously spin 360-degrees on all axes. A first, in the world of gimbals.

Before you get too excited, this gimbal is designed for high-end cinematography work, capable of handling large camera packages like the Alexa65 up to 60lb.

It is modular so that the roll axis can be used independently like on a Steadicam rig. Alternatively, the pan motor can be released leaving the tilt and roll axis, converting into a 2-axis unit for Steadicam work.

Materials:
Combination of Magnesium and Aluminum

Video:
HD-SDI in and out (slipring feed through)

Jem Schofield from The C47 got to have a sneak peek of the Helix Remote Head at the Letus headquarters in Oregon.

The Helix Remote Head is aimed at rental houses and large production sets.