At BIRTV in Beijing, China, DJI had the new Ronin-S accessories on show at their booth. We showed you a lot of them here last week and I have to say it’s a lot more than I expected. One many are asking for is the universal hand grips with controllers and the universal mounting system for using the Ronin-S without the battery grip. It looks like we have a first look at what the mounting system is or at least looks like. 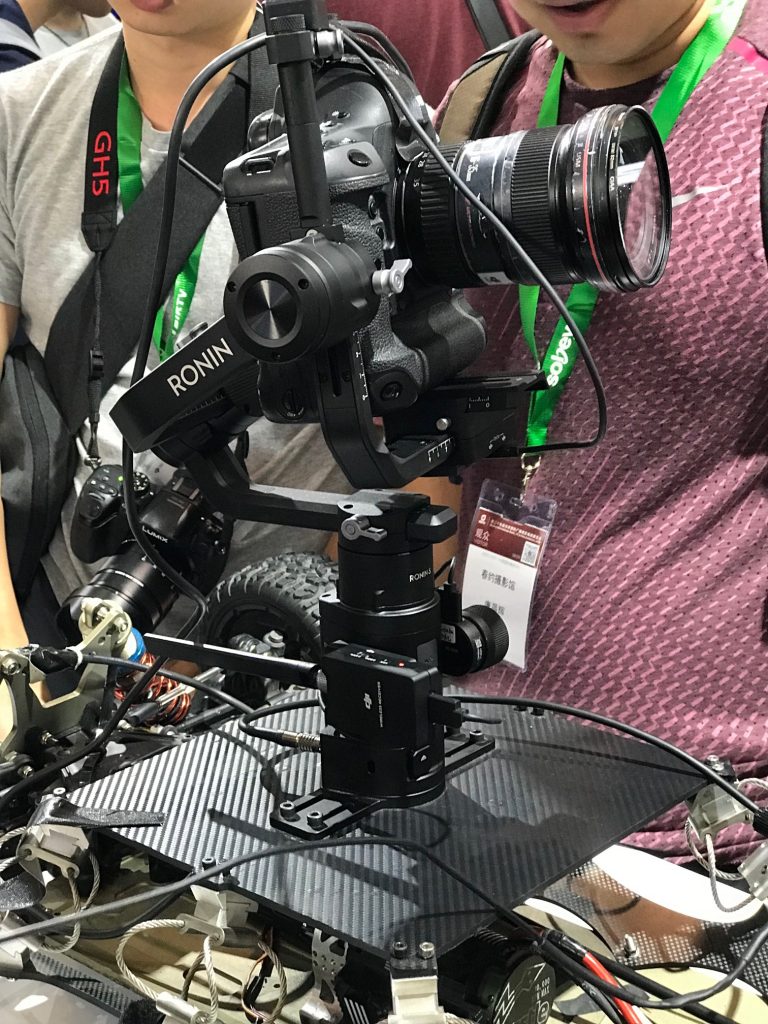 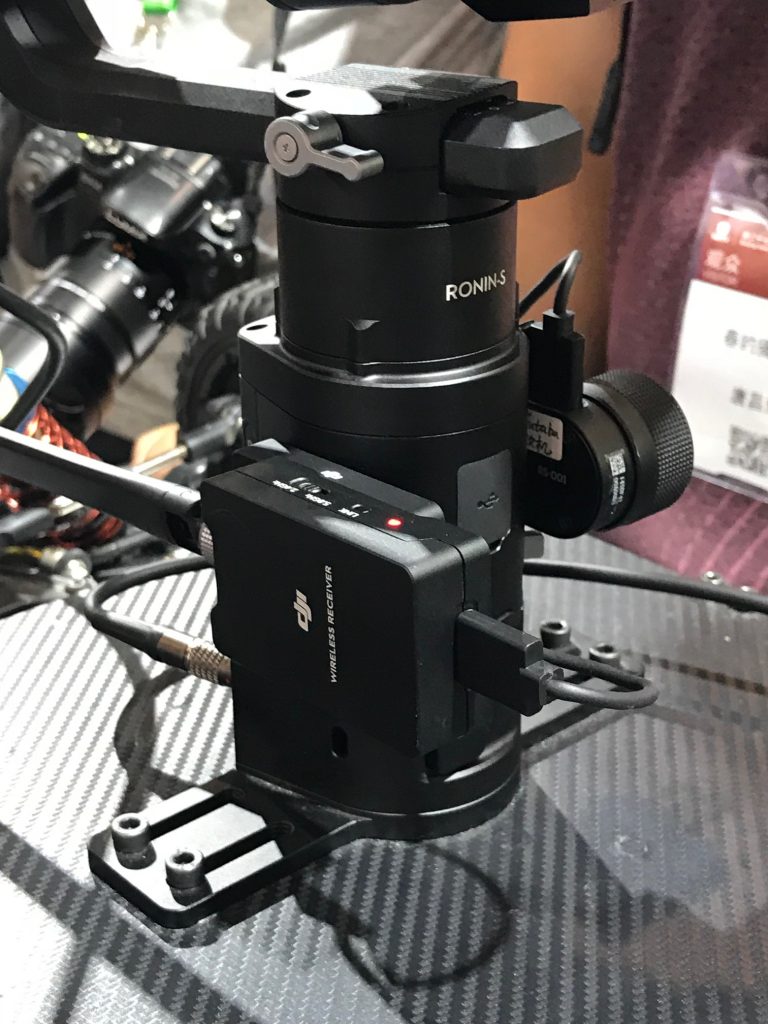 In the picture, you can see the battery grip is removed and replaced with a short base that has adjustable mounting slots on the bottom of the base with a 7-pin power/communication cable running to it. Very interesting. Also, a Wireless Receiver is attached for controlling with DJI Wheels and DJI Force Pro accessories. 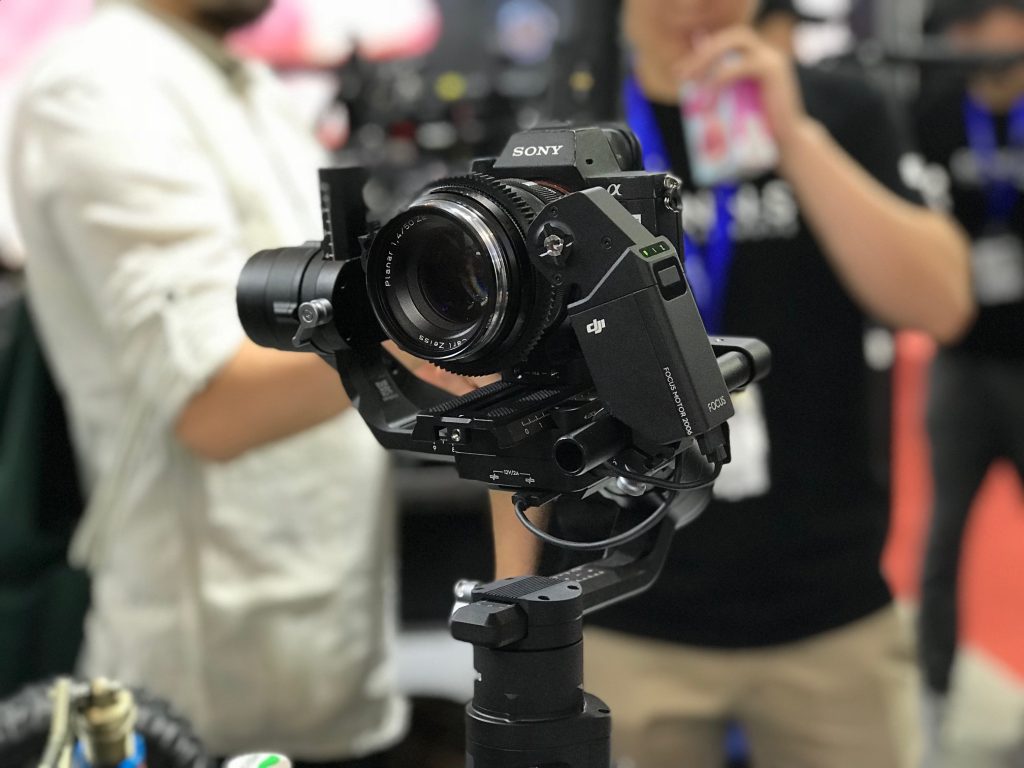 DJI put a lot of work in the mechanical follow focus for the Ronin-S with the Focus Motor 2006 that is powered from the gimbal. The motors gear can be used on either side. No word on different gear pitches available. 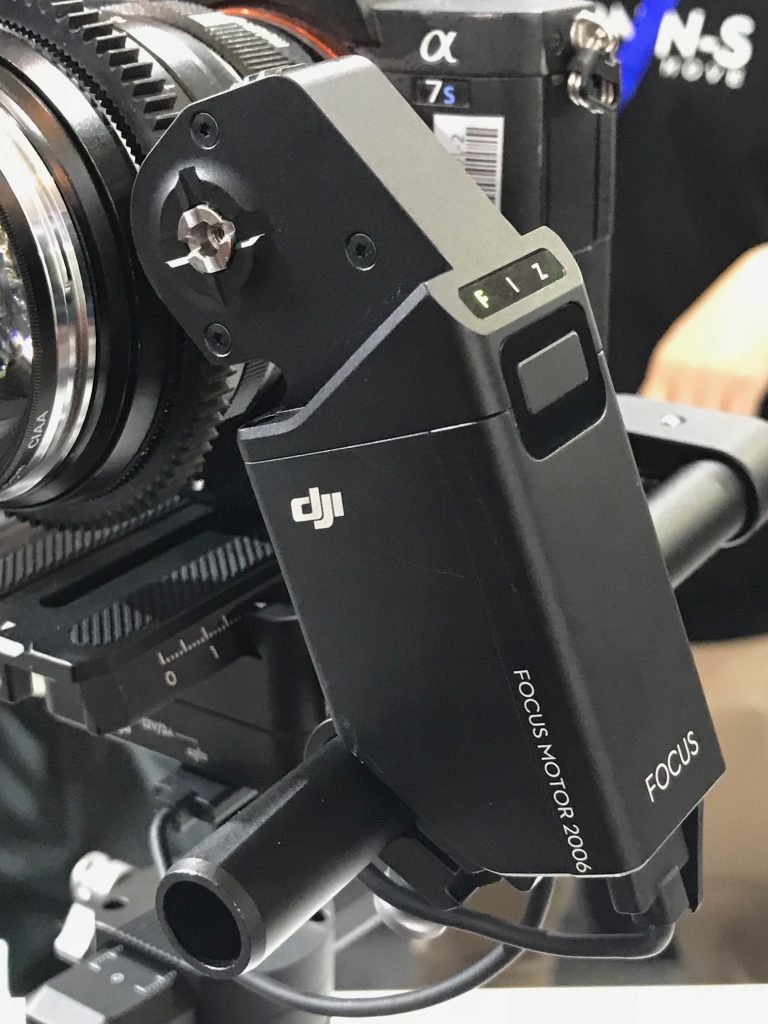 When connected to the Ronin-S, you can have two motors operating at the same time allowing control of Focus, Zoom, or Iris. Featuring precision down to 0.02 degrees of movement and high torque and high speed. 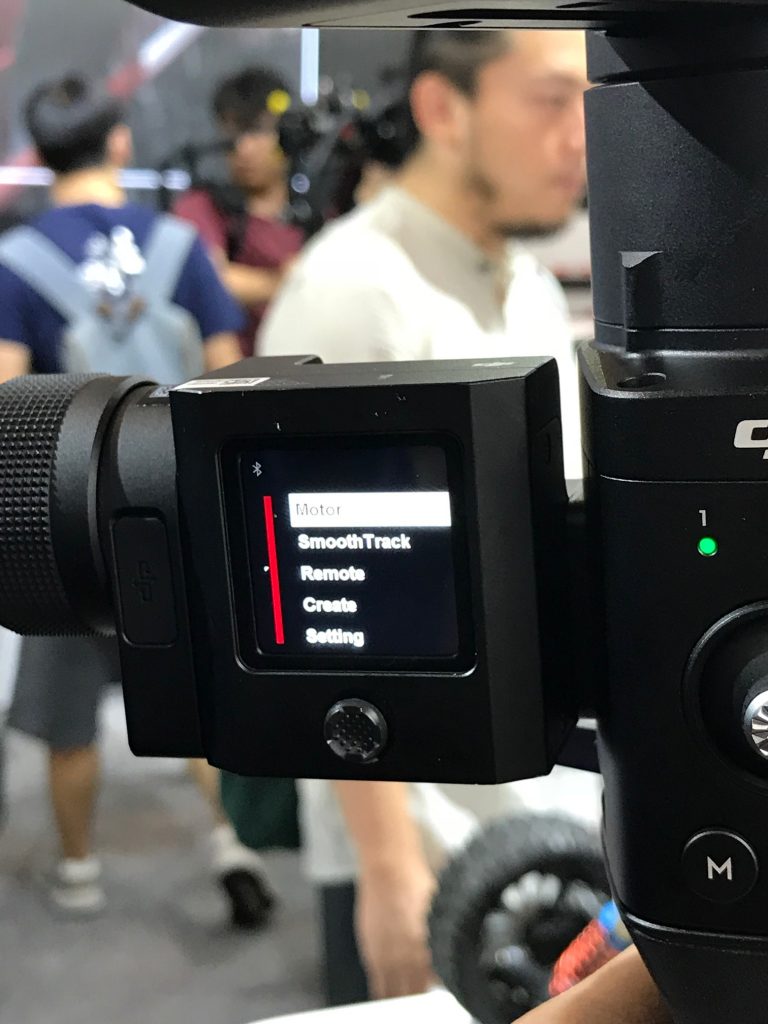 The Ronin-S Command Unit allows the user to set adjustments for gimbal settings directly on the new Command Unit without the need for a smartphone. It features a high-bright 550 nit LCD screen with a 5-way position joystick for easy navigation. Quick release thumbscrews allow for easy installation which can be mounted on either side of the Ronin-S handle. The Ronin-S Focus Wheel is also attachable allowing you to stack the Command Unit and Focus Wheel all on one side. Create features are also available directly on the Command Unit allowing you to create panoramas and time lapses without a smartphone. 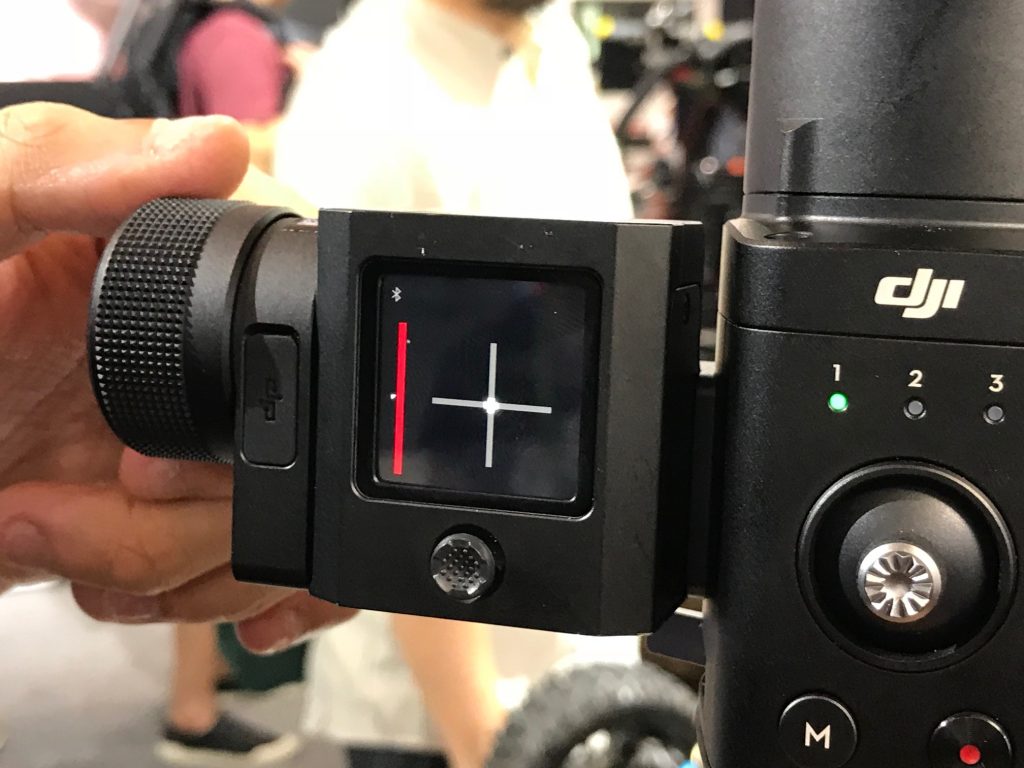 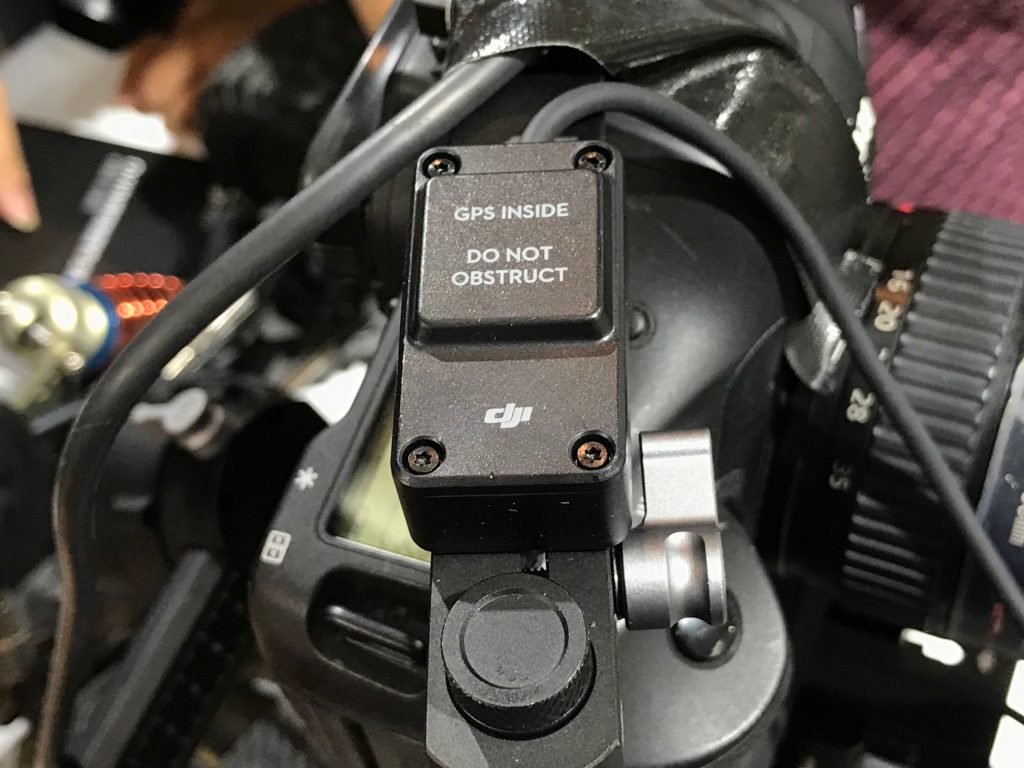 The GPS unit attaches to the new top bracket as seen in the picture. I don’t know if the new GPS module can be mounted without the new bracket on a different part of the gimbal but it sure is getting crowded!

The Top Mounting Bracket offers a more solid mounting system for your camera when mounted to the gimbal. This is crucial in higher demand situations such as shooting out of a car, mounted to an R/C buggy, or just about anything faster than regular handheld walking. The Ronin-S Top Mounting Bracket features a cold shoe mount allowing mounting to an external microphone or external light during use. 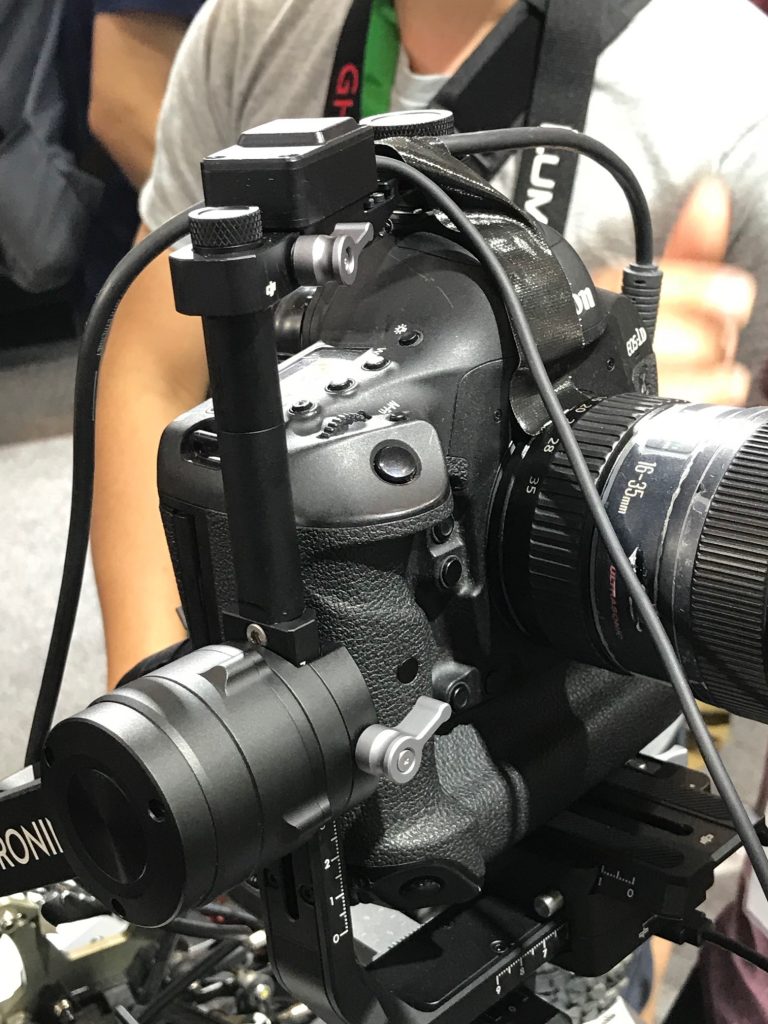 The GPS is able to detect movement, whether accelerating, decelerating, moving forward or laterally. This allows the Ronin-S to calculate horizon hold based off position rather than just accelerometers. Driving into a turn and noticing the horizon will start to drift, making everything look crooked? The GPS Module assists in these situations allowing the Ronin-S to use a different set of algorithms for these types of situations.

I know you wanted to see those handles but it looks like we have to wait. Maybe at IBC, we will get a glimpse. Pricing and availability on the new Ronin-S accessories where not announced.