Sound Devices has announced the MixPre-3M and MixPre-6M, two multitrack audio recorders with built-in USB audio interfaces. Although they have been designed specifically for musicians, they could certainly be used for other applications.

In a lot of ways, they are very similar to the existing MixPre-3 and MixPre-6, with the biggest difference being that they can record far more tracks of audio. Unlike the MixPre-3 and MixPre-6 they don’t feature record start/stop timecode or the ability to send timecode to the device over the MixPre’s micro camera input or via the 3.5mm input from an external TC generator.

The M-Series record up to 12-tracks of studio-grade audio (up to 96kHz/24-bit) and integrates features like overdubbing, track laying, punch in/out, bounce, reverb, vocal air, and metronome. The MixPre-3M has 3 XLR/TRS inputs and the MixPre-6M has four. Both units feature a digital patch bay, and any of the physical inputs, including USB, can be routed to any track, eliminating the need to plug and re-plug inputs just to record to a different track. The built-in metronome can also be selected as an input, so users can record its click to a discrete track.

The MixPre-3M and MixPre-6M feature the unique ability to simultaneously record to an SD card while streaming audio via USB, ideal for recording computer-based software instruments, or backing up your takes while you’re tracking to a computer. 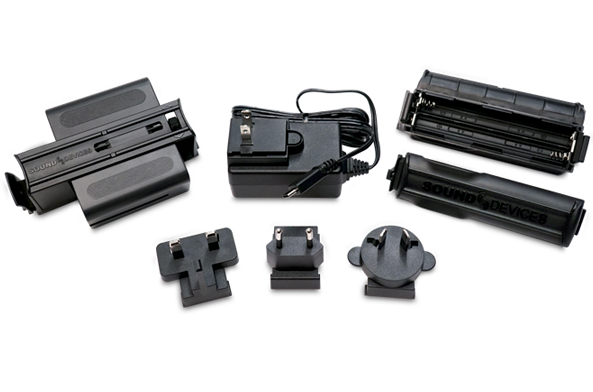 Both the MixPre-3M and MixPre-6M have multiple powering options. They can be powered from AA batteries through a detachable sled of eight cells, or via an optional sled that offers powering from up to two hot-swappable Sony L-Mount Li-Ion batteries. Additionally, the entire recorder can also be powered from a laptop’s USB-C or USB-A connectors. For applications where AC is available, Sound Devices offers an AC wall adapter as well.

For existing MixPre-3, MixPre-6 and MixPre-10T users, Sound Devices has also released a Musician Plugin. For $99, the Musician Plugin adds all the musician-inspired features of the M-Series, including overdub, punch in/out, track laying, bounce, reverb, vocal air, and metronome. The plugin can be purchased from Sound Devices’ new online store—store.sounddevices.com.

The MixPre M-Series of recorders are available at Sound Devices authorized audio resellers and distributors.

If you are a sound recordist or video shooter who often needs to record live events, concerts or bands, then the M-Series offers a lot of features and functionality in a very robust and small form factor. I like that fact that you could use it in the field to record multiple tracks of audio and then also take it home and use it as a high-quality USB interface for recording voice-overs. For video shooters, the MixPre-3 and MixPre-6 are probably better options if you don’t need to record lots of tracks of audio and need timecode synchronization.