Cine Gear 2018: DJI Ronin-S with Master Wheels and Force Pro all working together from Newsshooter on Vimeo.

At Cine Gear Expo 2018 DJI showed use the ecosystem they have for the new Ronin-S but first, let’s talk about what cameras will work with the Ronin-S since this seems to be a bit confusing. The Ronin-S has an eight-pound payload, however, DJI  states that 8 pounds isn’t the max. If it fits on the sled it probably will work. Larger cinema cameras that do work are the Canon C200, Sony FS5, and EVA1. If the user strips them down to fit they will work. DJI had a RED on the Ronin-S and it also worked. It’s tight but it worked. Now the question is should you put such a heavy camera on a single handheld gimbal? That’s up to you and how strong you are. Better hit the gym and strengthen those biceps and shoulders if you’re going to run with a RED. 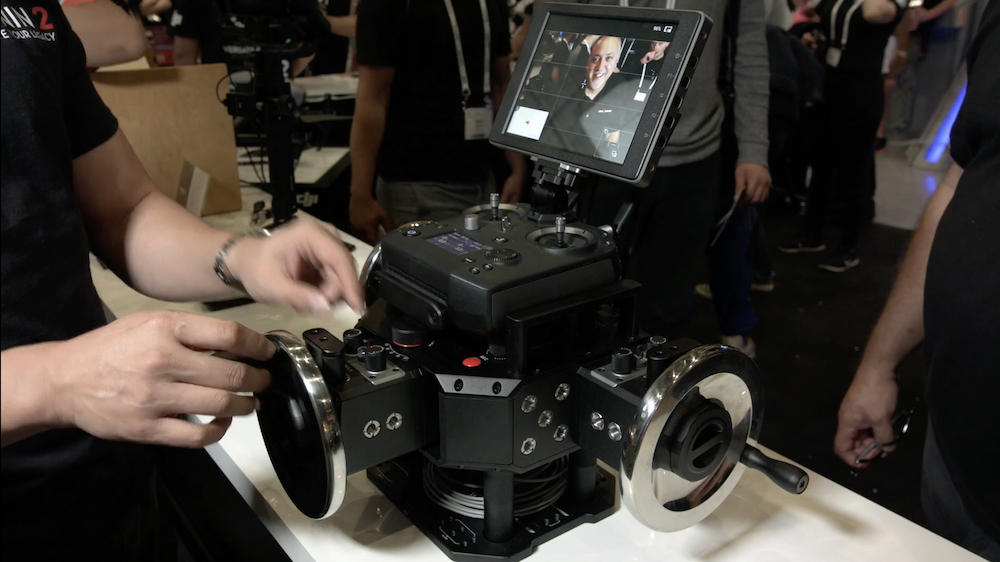 DJI will be coming out with dual handles at some point that I believe will have some controls built in. They are still working on them. What does work is a few devices that DJI has for the other gimbals drones. The DJI Wheels can be used to operate and control the Ronin-S with precision making a two operator situation. This is a great way to work taking away the operation from the person walking with the gimbal. DJI Wheels also works with other gimbals such as the Ronin 2. Wheels can also be used with other third-party gimbals through the S-BUS connection. 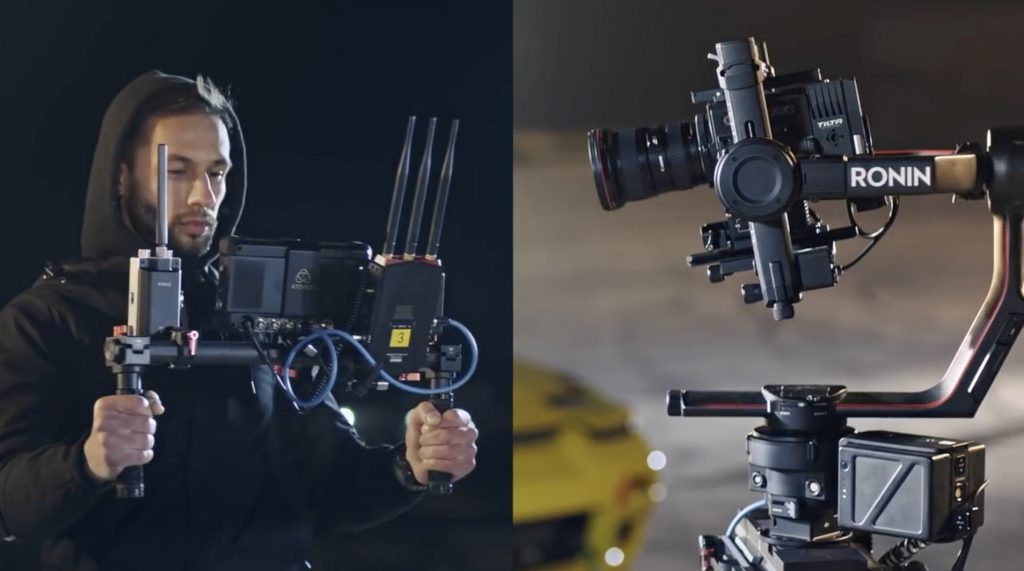 DJI Force Pro is another way to get a second operator in the game. With the included receiver, DJI Force Pro is compatible with the Ronin-S, or third-party gimbals through the S-BUS connection. With the DJI Force Pro on a handheld rig the operator takes control of the gimbals with their movement. To turn the gimbal left just turn the Force pro left. It’s like driving the gimbal.

GH5 users will get a very nice feature. With a single cable attached the gimbal will have record stop/start and focus pulling with compatible lenses. DJI is working with Sony to enable this function as well.

The Ronin-S looks like a nice full featured single handed gimbal. The gimbal space is crowded however the Ronin-S has some interesting advantages on controlling the Ronin-S that doesn’t exist with other gimbals. I will have a Ronin-S in a few days to review so keep an eye on this space.

Shot and edited by Scott Karlins