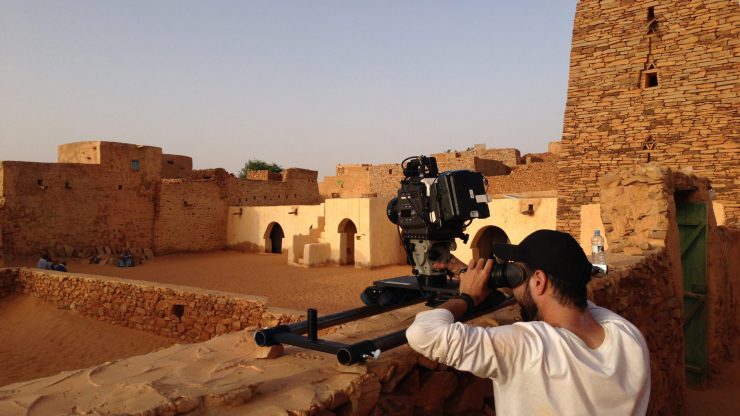 The following is a continuation of the article ‘Shooting atop a moving train with a modified Sony F35 – The Mauritania Railway: Backbone of the Sahara‘. If you haven’t already, we encourage you to read and watch the full-length video to appreciate this making-of piece.

The Mauritania Railway is a 704-kilometer lifeline linking the iron-mining centre of Zouerat with the port of Nouadhibou. In The Mauritania Railway: Backbone of the Sahara documentary we rode atop a hopper car and journeyed through vast Saharan landscapes with the people who rely on the train for their income and survival. 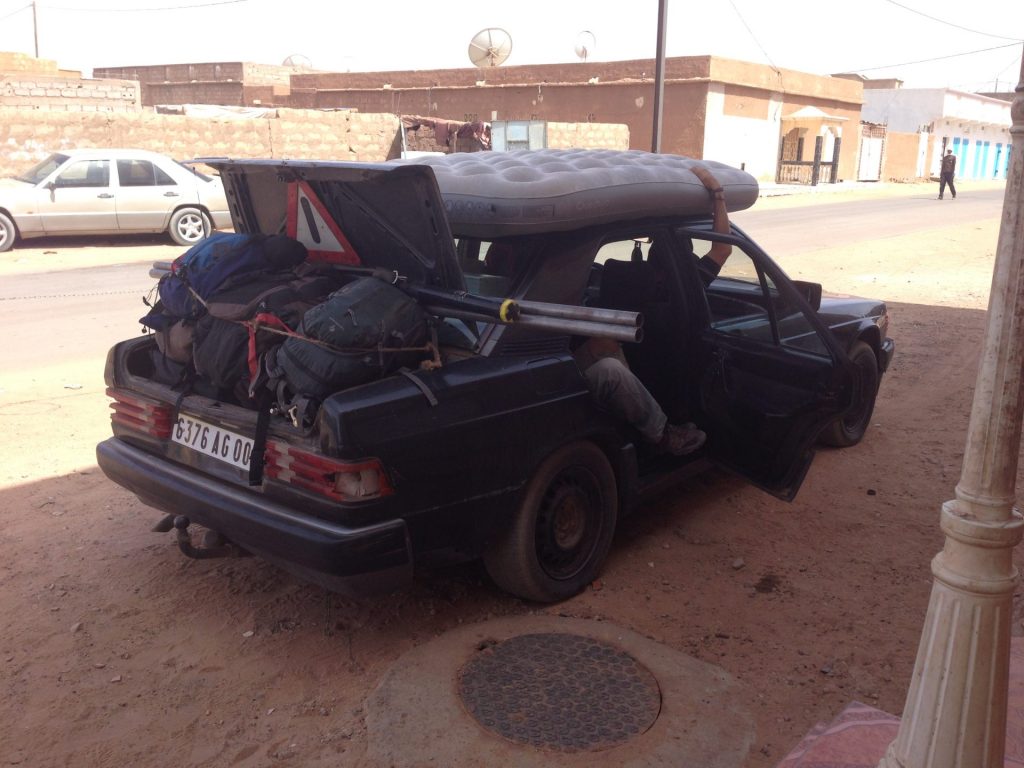 The post-production process for The Mauritania Railway: Backbone of the Sahara took two years to complete, which seems like a lot for a 12-minute piece, but I was just doing it in my free time. There was a lot of footage to go through – the first cut turned out 25 minutes’ long, and just getting there took me a long time. After reaching that milestone, what took the most time was moving the footage around to try to get a coherent story… figuring out the introduction, different key elements, characters, locations, and develop where I wanted the story to end. 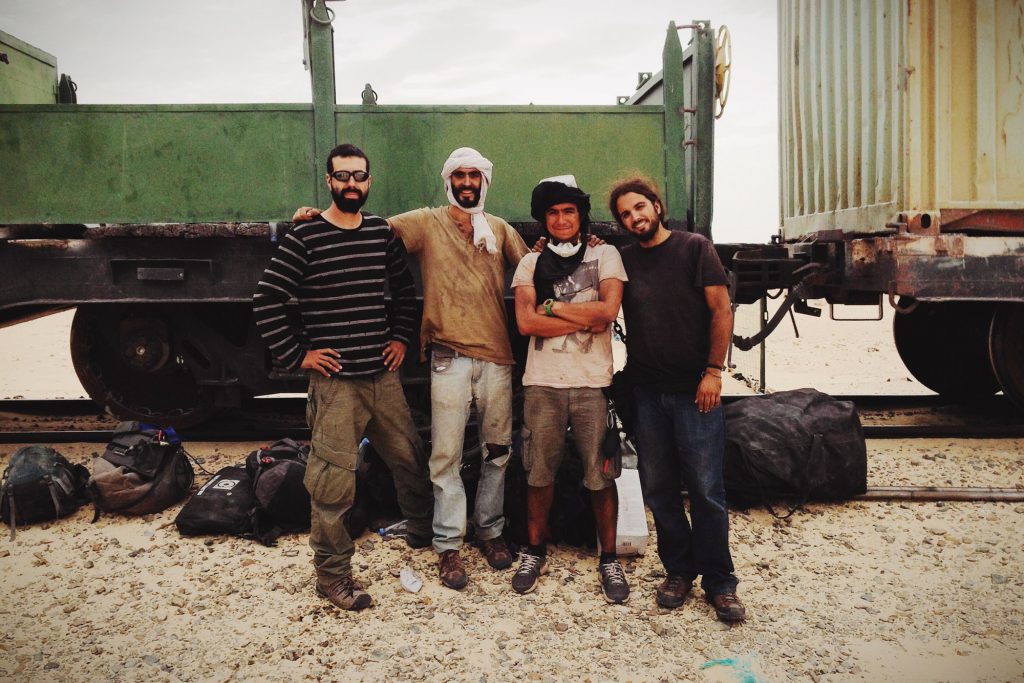 From the beginning, I knew I didn’t want a voice over and thought the images and music should speak for themselves. There was also a lot of information that was worth displaying in order for the audience to understand what they were watching. Somehow, the idea of having clean, minimalist and descriptive text seemed like the best way to complement the film without being overwhelming… since it’s only 8-10 slides. 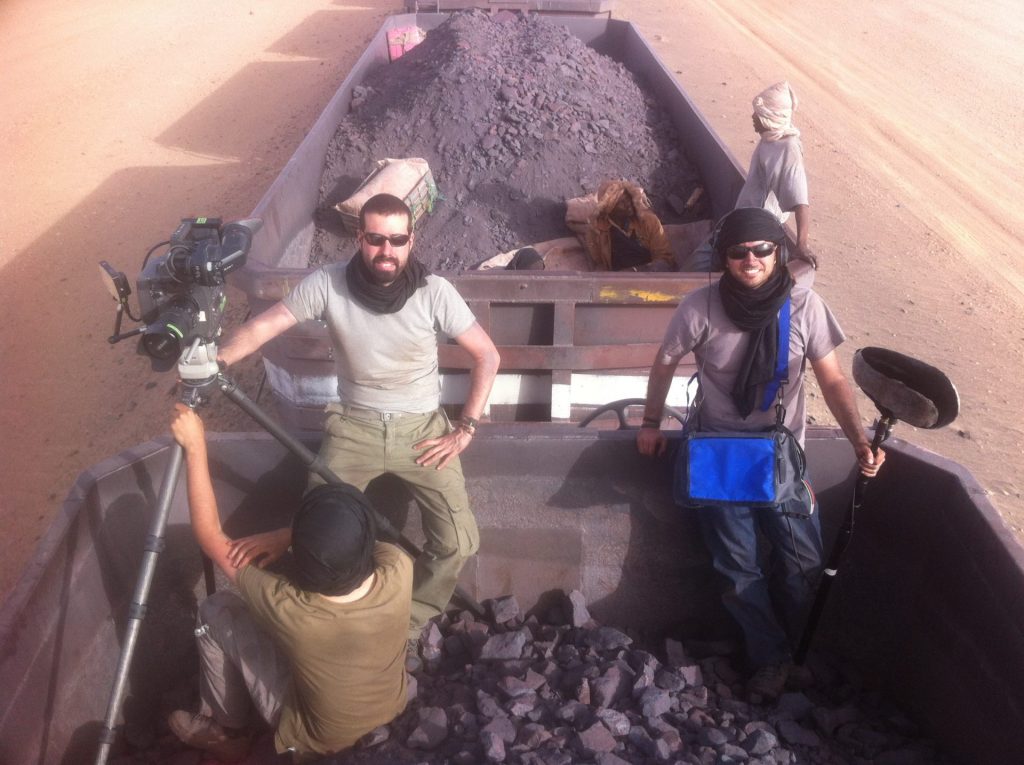 I think the edit took so long because there was so much footage, my brain lost track of the global perspective at some point and I had to start printing keyframes and put them on a wall so that I could take a step back and look at the overall picture to be able to decide what was worth keeping and what wasn’t. 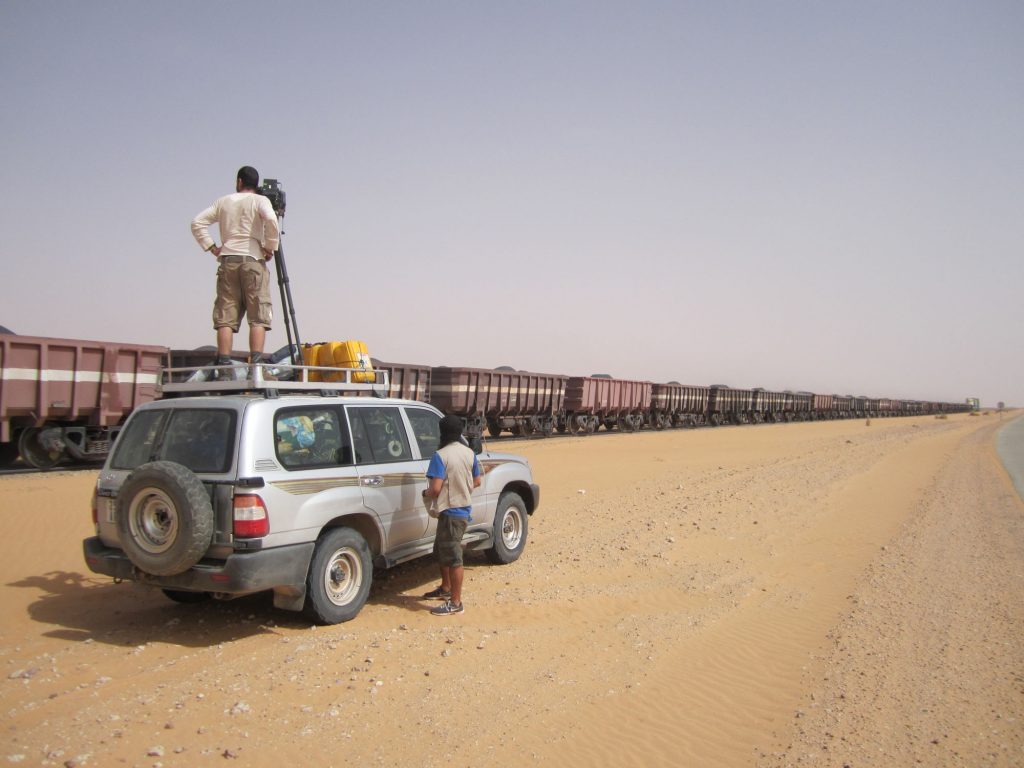 I edited the doc in Vegas and color corrected it in DaVinci Resolve. Vegas is not the most popular editing software, but it’s really fast and excellent for sound. I’m able to edit quickly on it.

I used Adobe After Effects for stabilizing many of the shots and fixing occasional dust spots on the sensor. 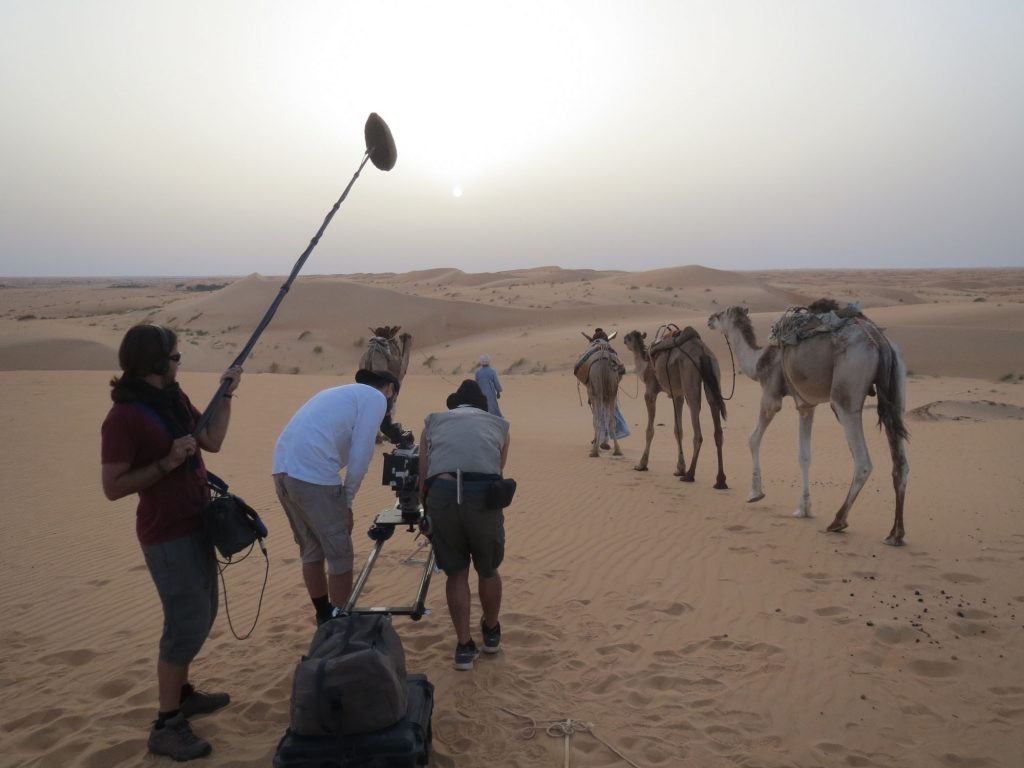 I did the edit and color grading myself in my home studio, thankfully nowadays, it’s affordable to get a good setup for not a lot of money. The amount of actual color grading is minimal, it was more color matching than grading. I do most of the work in camera and have a naturalistic approach to color grading. Most of the work is essentially just applying the right LUT and then usually just adjusting levels, fine tune WB, add a mask here and there and that’s pretty much it. I think it’s important to get the visuals done in camera by shooting at the right time of the day, the right lens, and a good background. Obviously the colorimetry of the Sony F35, even for its age, is top notch so that makes things easier.

Once everything was conformed in Davinci I chose to export 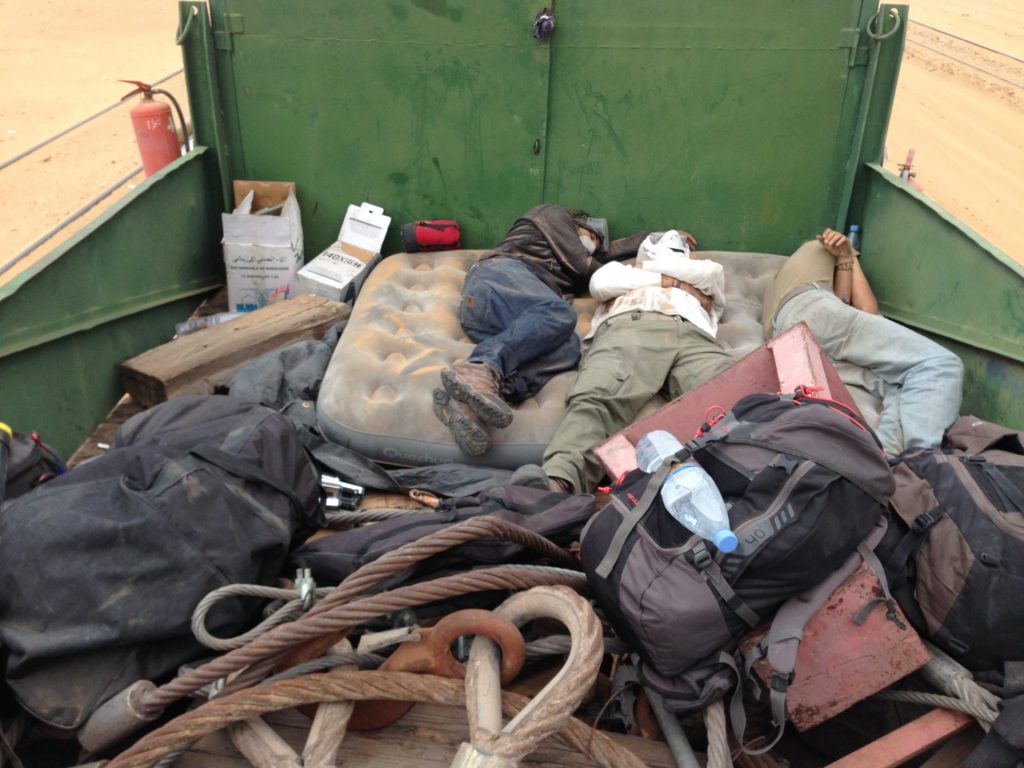 In terms of the music, I knew I was going to go with Rhian Sheehan from the get-go. Rhian has been scoring my films for a few years now. His music is a key element of the film, and at this point, we’ve established such a relationship that when I pitch him what I’m working on he sends me music even before we start shooting. When I was on the ground in Mauritania I was actually able to start putting together scenes with his music because it’s so inspiring. 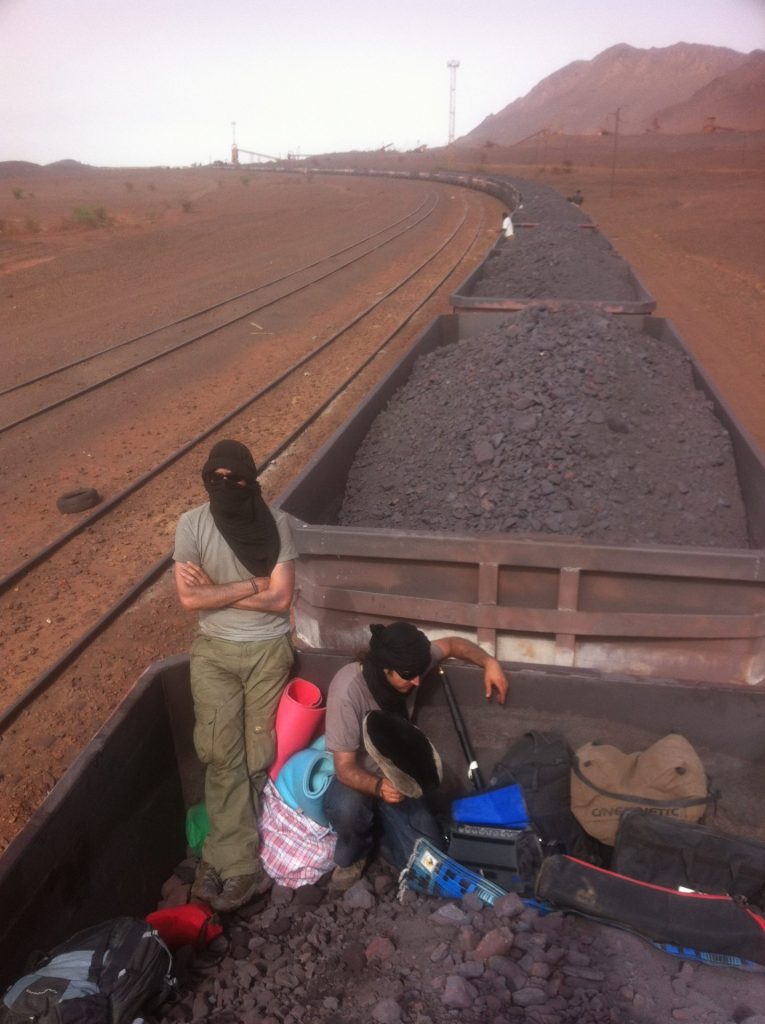 There was a bit of compositing work, mostly stabilizing shots. We had some trembling because of the strong winds. The first time we went to Mauritania (we ended up going twice) the slider malfunctioned early on and ruined a lot of our footage, so I had to stabilize that. For the second trip we drove to Mauritania from Spain so I was able to bring a Dana Dolly with 8 ft long steel rails, which were much more sturdy.

For a few shots, I did a poor man’s HDR, combining two exposures into one to get the extra dynamic range.

We only brought one camera, a Sony F35 that I had modified with a Nikon mount front plate, no backup. We had some Nikon lenses, M42 German and Soviet lenses, some Rokinon lenses, and Sony lenses. The F35 was connected to a Blackmagic HyperDeck shuttle recorder that captured the footage as 1080p 24p 10bit 422 ProRes HQ. We used a lightweight Vinten tripod head with Gitzo carbon fibre legs to travel light. We didn’t have a drone, back then they weren’t good enough so that wasn’t an option. 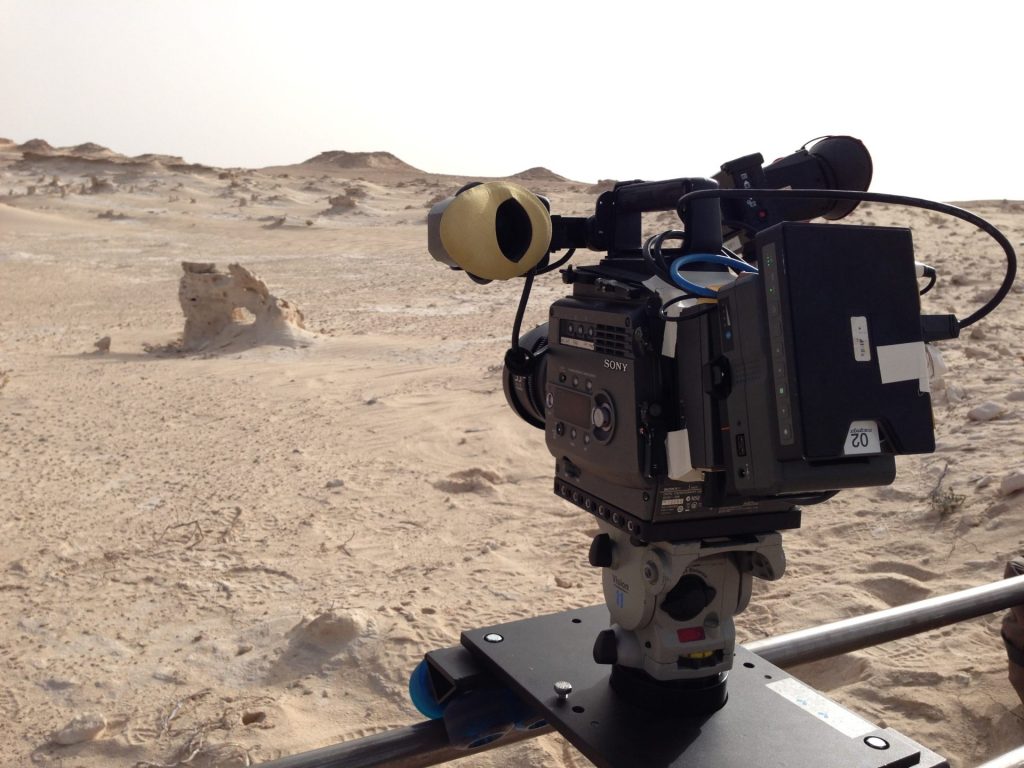 Most of the sound in the documentary is real from the location. Julio, our sound guy, was able to capture amazing stereo sound on location so we didn’t have to use any stock audio clips. We ended up doing two sound mixes, one for festivals and one for streaming and TV. 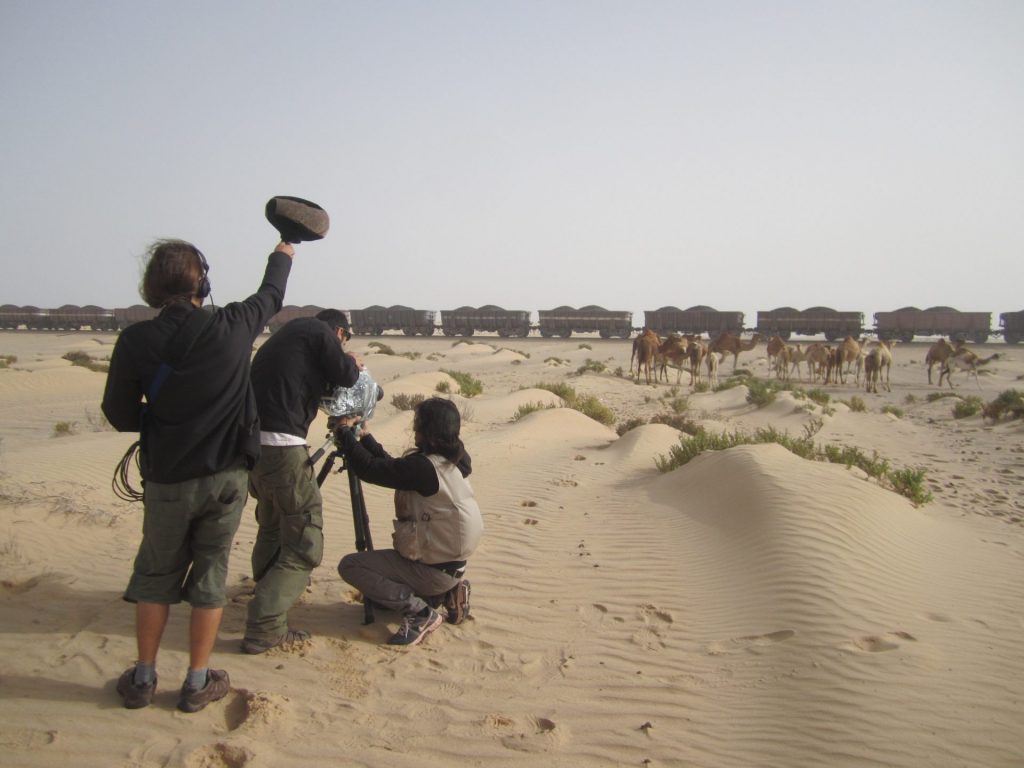 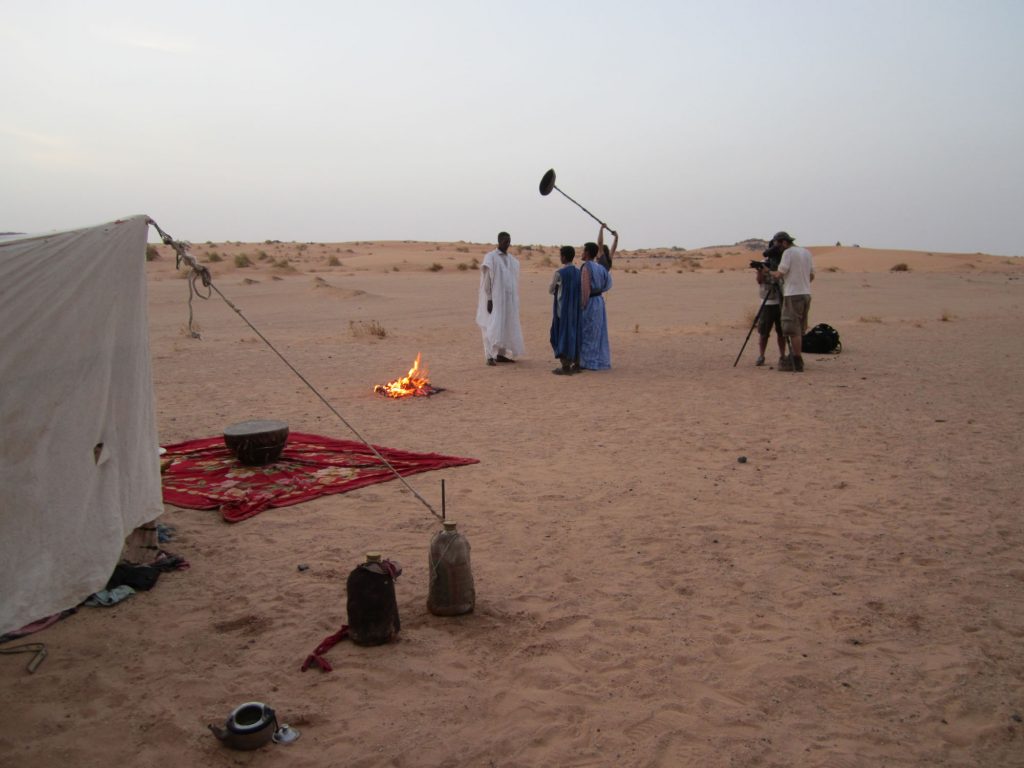 Founded in 2006 by directing team MacGregor and Zacarias, Blackmilk Studios is an award winning production company focusing on stories that explore social problems and the human condition through a combination of powerful scores and impactful visuals in MacGregor’s unique cinematic style.

Soon after its creation the Madrid born but Los Angeles based duo released the celebrated shorts 18 seconds, Uyuni, and Similo. Their latest short film, Los Angeles 1991 won awards in more than 35 film festivals around the world, including Best Short Film at the prestigious Guadalajara International Film Festival in Mexico, and it was screened in more than 70 festivals worldwide.

Their sci-fi feature film pitch Law Zero was purchased and developed by Warner Brothers in 2012.

MacGregor’s latest release, The Mauritania Railway: Backbone of the Sahara, is currently being shown in select film festivals around the world, including the Full Frame Documentary Film Festival. It has won awards in Europe and the US, including the top prize for cinematography at the XVI International Film Festival of Almeria and the jury prize for stylistic achievement and best cinematography at the 2018 Social Impact Media Awards.