I first heard of the Mauritania Railway through a friend of mine who makes a living as a professional travel writer. I decided that I needed to see this massive train for myself; it’s one of the longest trains in the world and it cuts through the Sahara desert on a daily basis. I assembled a skeleton crew of three people and myself and first set foot in Mauritania in July 2013.

Our plan consisted in travelling Mauritania for four weeks, starting at the port town of Nouadhibou to the inland mining town of Zouerat, via the train.

We had a sound technician, a camera assistant, a location manager, and myself. The equipment we brought with us had to be carefully planned – I wanted the visuals to be strikingly cinematic but we also needed to travel light as we would be lugging our gear and travelling like the locals, constantly hopping on and off the train. 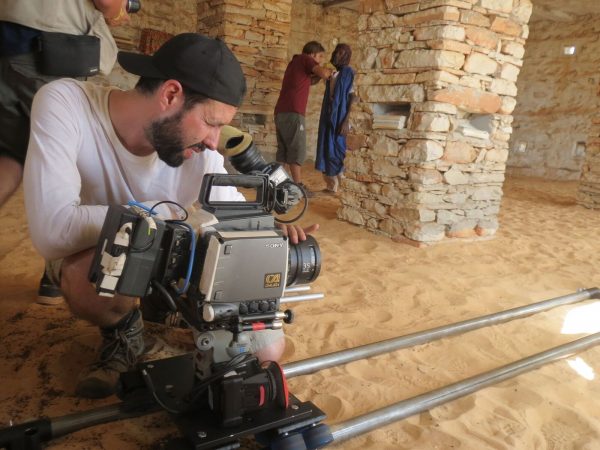 Although the original Sony F35 was a big heavy beast, after the arrival of the solid state recorders a few years ago, the F35 became reasonably compact and lightweight given the image quality it provided. It is still not a DSLR in terms of size, but it was comparable to the Alexa image quality for a fraction of the cost and size. I decided to modify my Sony F35 with a custom built Nikon mount. This modification would allow us to travel light and fast, keep a high-quality image and give us a wider choice of lenses. It would also spare the PL mount lenses I had at the time, which I didn’t want to bring because it would get ruined in the desert. 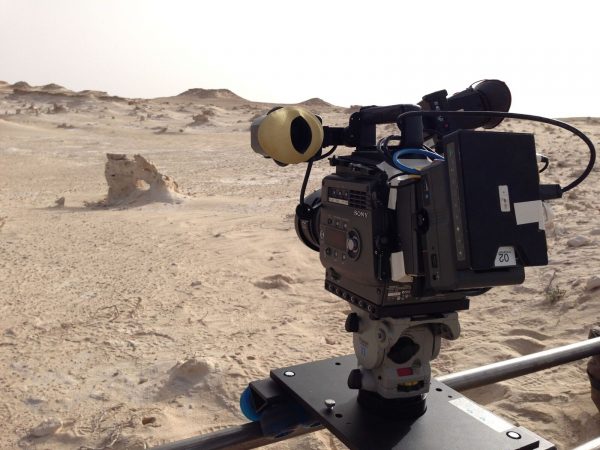 Would a DSLR, mirrorless or Canon C300 have been a better choice? Probably, but this project had to look amazing and I did not want to compromise on image quality – this had to look like a feature but shot on real locations and with real people. Of course, not all the lenses made it back home, but the camera did and, to this day, I think it is still working. 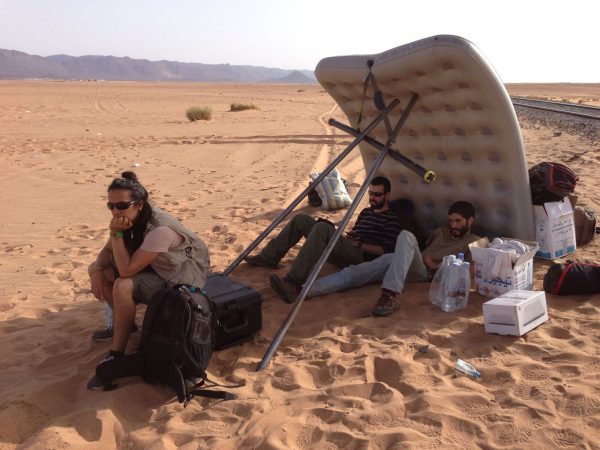 The biggest issue we encountered was, of course, the sand and intense heat. We wrapped every heat vent in the camera with projector filters purchased on eBay, which did an OK job at preventing sand from getting inside. We had to be very careful when swapping lenses, as the sensor block would be exposed every time we did so. Unfortunately, I preferred the looks of the primes, so we did change lenses regularly. The camera was not very power hungry, but even so, we had to keep an eye on when and how to recharge the batteries – since power sources were not easy to come by. 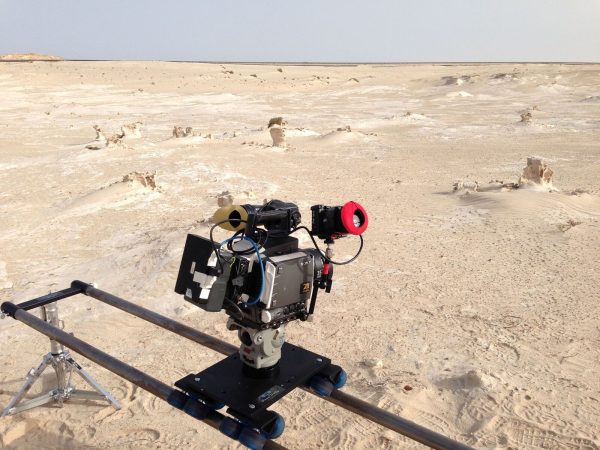 The Sony F35 body was connected to a Blackmagic Hyperdeck which captured the S-Log uncompressed SDI signal as ProRes HQ into SSD drives. Colour grading was performed on Davinci Resolve.

To heighten the impact of our on-screen imagery, we used minimalist text overlays to provide context for our audience. Ultimately, however, the imagery and sound design should deliver the emotional impact. We decided on this narrative approach before filming on location, as we knew we would not have a narrator or interviews to conduct for the documentary. 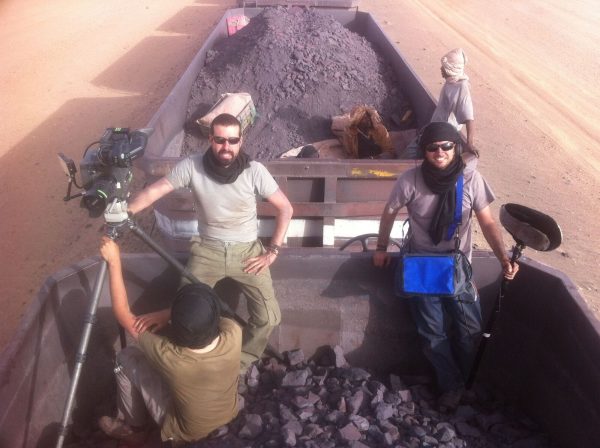 Despite the harsh conditions, we are grateful we got to shoot this project – and I’m looking forward to expanding upon this concept with a short series titled “Colliding Worlds.”

The Mauritania Railway: Backbone of the Sahara documentary film directed by MacGregor is conceived and produced in partnership with Antonio Aguilar, Tim Hyten, and Aaron Mckenzie. The film also features a score by award-winning composer Rhian Sheehan.

At 3 kilometres in length, trains on the Mauritania Railway are among the longest and heaviest in the world. Passenger cars are sometimes attached to the train but more often, men opt to stow away atop the hopper cars, where daytime temperatures exceed 40°C. Death from falls is common. 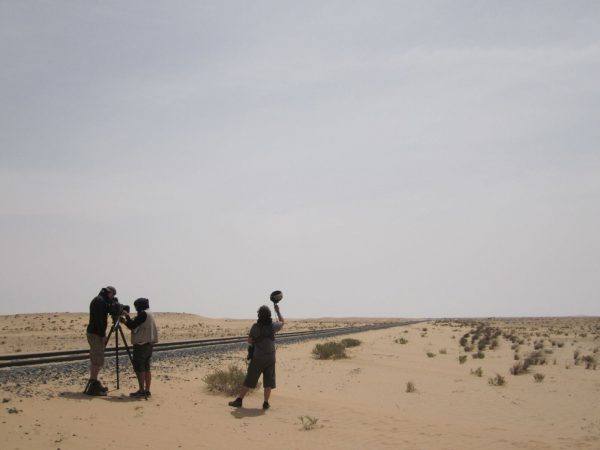 The Mauritania Railway: Backbone of the Sahara follows the journey of Malick, a 27-year-old merchant who relies on the train for his livelihood, even as he risks death each time he climbs aboard.

The Mauritania Railway: Backbone of the Sahara represents the proposed first instalment of “Colliding Worlds,” a new series which explores some of the world’s most remote, harsh, and breathtaking environments, where traditional lifestyles collide with the modern world.

Founded in 2006 by directing team MacGregor and Zacarias, Blackmilk Studios is an award winning production company focusing on stories that explore social problems and the human condition through a combination of powerful scores and impactful visuals in MacGregor’s unique cinematic style.

Soon after its creation the Madrid born but Los Angeles based duo released the celebrated shorts 18 seconds, Uyuni, and Similo. Their latest short film, Los Angeles 1991 won awards in more than 35 film festivals around the world, including Best Short Film at the prestigious Guadalajara International Film Festival in Mexico, and it was screened in more than 70 festivals worldwide.

Their sci-fi feature film pitch Law Zero was purchased and developed by Warner Brothers in 2012.

MacGregor’s latest release, The Mauritania Railway: Backbone of the Sahara, is currently being shown in select film festivals around the world, including the Full Frame Documentary Film Festival. It has won awards in Europe and the US, including the top prize for cinematography at the XVI International Film Festival of Almeria and the jury prize for stylistic achievement and best cinematography at the 2018 Social Impact Media Awards.