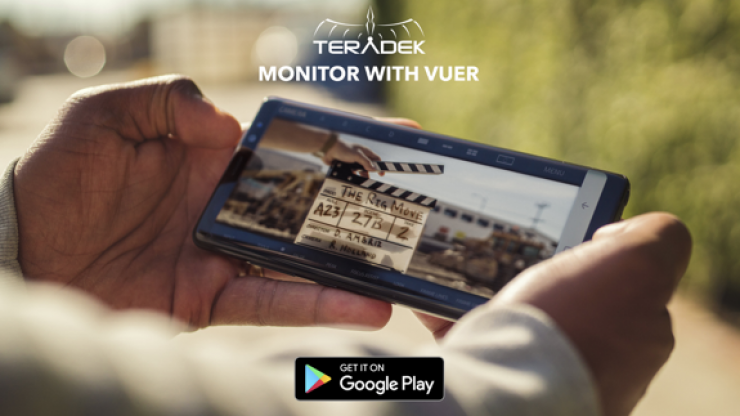 Teradek has finally released an Android version of the Vuer companion App that works with Serv Pro. The App is available to download in the Google Play Store for Android devices. Up until now, the Vuer App has only been available for iOS devices. 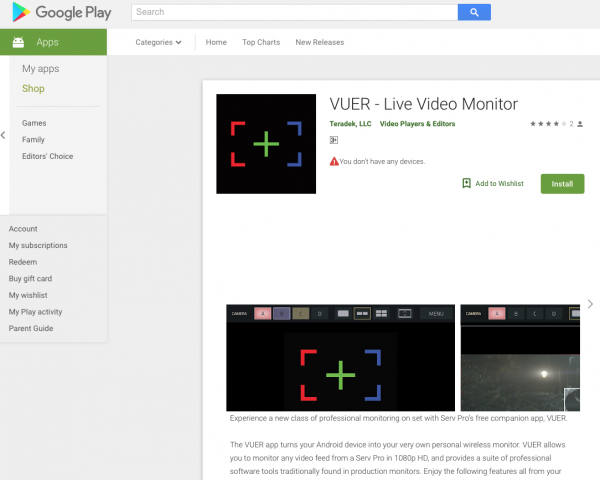 If you aren’t familiar with Serv Pro or Vuer, I did a detailed review on the site last year, which you can see here. In a nutshell, the Teradek SERV Pro is a good alternative solution for small crews or solo shooters who don’t want or need to invest in an expensive wireless transmission system. The SERV Pro is a wi-fi based video transmission system that allows for up to 10 users to monitor your camera’s output on their iOS (and now Andriod) smartphone or tablet. It allows monitoring in 1080p with as little as two frames of latency (in perfect conditions). 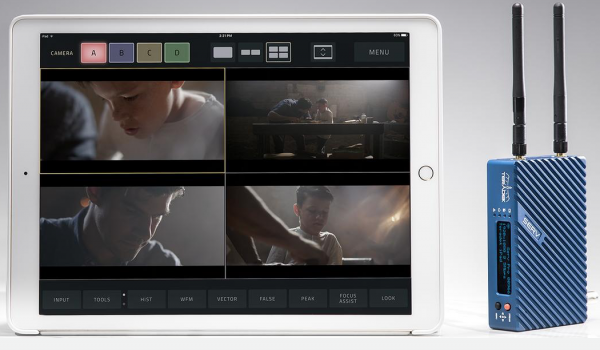 The Vuer App is a powerful monitoring tool and is really straightforward to use. Not only does it allow you to monitor up to four independent cameras (though you would need four SERV Pros to do this), but there are also built-in monitoring tools and other features. Some of these features include histograms, waveforms, vectorscopes, focus peaking, focus assist, false colour and 3D LUTs. The App is also compatible with the Teradek Clip and Cube systems. Teradek is keen to stress that the system isn’t meant to replace a Bolt, but that this is a good way of being able to allow crew members who aren’t near a video village to see what’s happening on set. 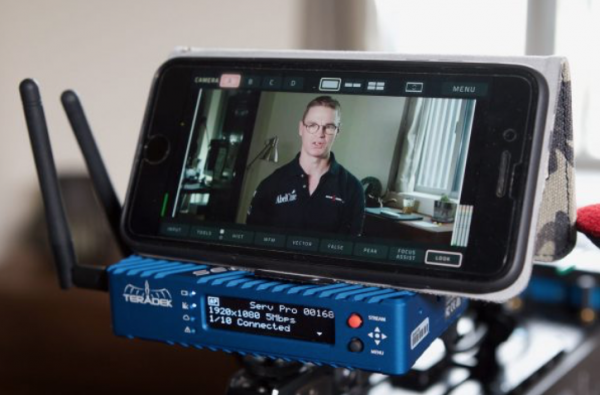 I have actually found when using the Serv Pro and Vuer App that the colours being displayed on my iPhone (7+) from my camera closely match those that I’m seeing in my EVF. I personally think they look better than most other external monitors I have tried. 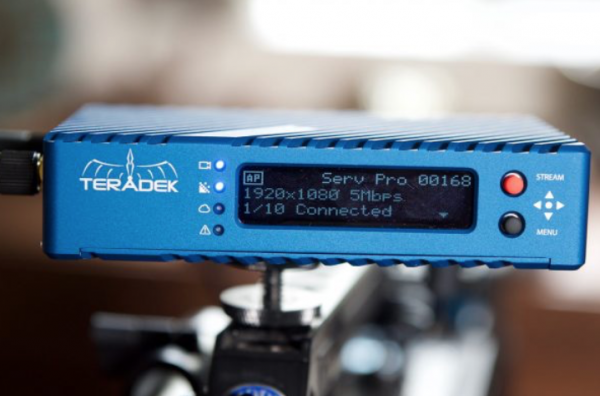 The SERV Pro works pretty well as long as whoever is viewing doesn’t walk too far away. Teradek claims the SERV Po has a range of up to 182m (600ft) in ideal WiFi (non-congested) conditions, but people have been reporting satisfactory use at up to around 61-76m (200-250 ft). From my experience using this system in Tokyo (not an uncongested WiFi area!) I found the effective range to be around 25-35m (82-115ft). Again the results you get are going to depend entirely on where you are using the system. 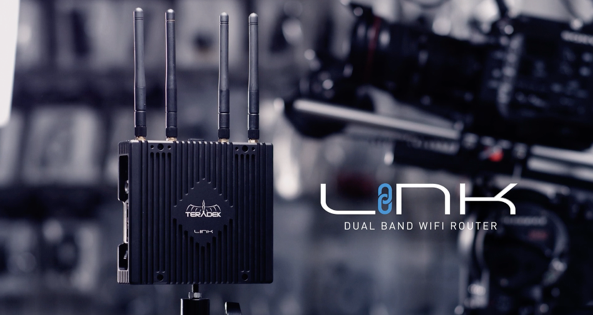 If you need to extend the range of the Services Pro, Teradek also makes a device called LINK. LINK is a WiFi access point which increases your Serv Pro’s range out to 1000ft. It features multiple mounting options and you can run it off either an Anton Bauer Gold mount or V-mount battery.