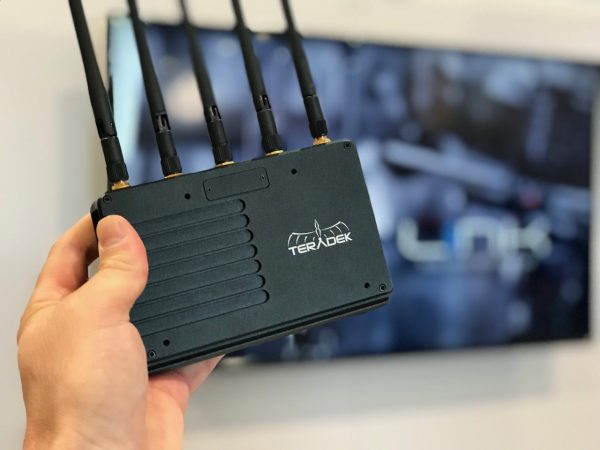 The Bolt XT is its backwards compatibility with Bolt 500, 1000, 3000, Sidekick II, and 703 Bolt, giving users more flexibility building onto their existing systems or linking with others already on set. 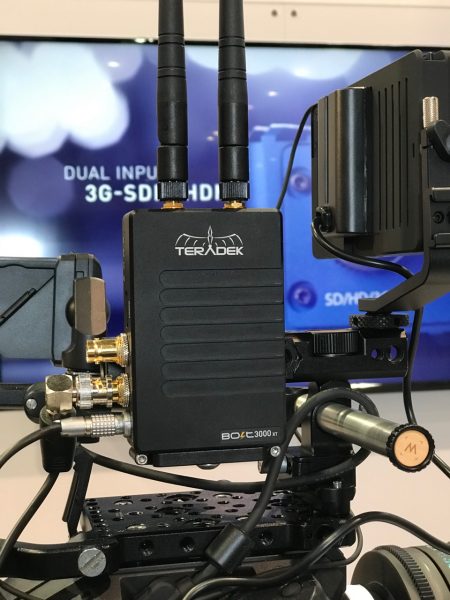 Bolt XT includes a unique AES 128 encryption algorithm to protect your video footage, ensuring only authorized receivers can connect to your transmitter. Each transmitter includes an HDMI, 3G-SDI and looping 3G-SDI output.

Receivers feature an HDMI output as well as dual 3G-SDI outputs. While wireless performance is critical on set, so are practical mounting options that ensure optimal performance and a quick set-up. With the Bolt XT line, Teradek has added an integrated NATO rail on the receiver, several 1/4”-20 and 3/8” mounting points, and an ARRI rosette on the transmitter to improve available mounting configurations.

An all-new aluminium chassis reduces the size and weight of the Bolt line, with receivers now offering integrated pass-through power. Available battery plate accessories include V-mount or Gold-mount, in addition to Sony L-series or Canon LP-E6 plates on the Bolt 500 XT. Teradek has also replaced the internal antennas on the Bolt 500 XT transmitter with an external set to enhance wireless performance when operating in environments with large obstacles or heavy interference.

The Bolt XT, like the previous generation, is multicast capable up to 4 receivers and includes built-in cross conversion and Teradek’s proprietary software utilities, including a manual frequency-selection tool, 3D LUT engine, and a 5GHz spectrum analyzer to keep an eye on interference in your area. 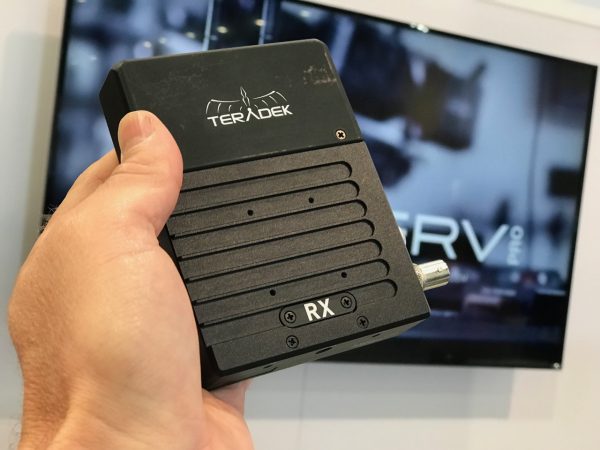 The Bolt LT takes Teradek’s wireless performance and packages it into an affordable, streamlined series of zero-delay wireless video systems. The LT line is available in 500ft or 1000ft max-range models, with the 500 LT offering external antennas on the transmitter for enhanced wireless performance.

The Bolt LT is the no-frills high-performance video system. Each transmitter includes a single 3G-SDI or HDMI input with matching looping output, while the receiver includes a single 3G-SDI or HDMI output. Several ⅜”-16 and ¼”-20 mounting points allow Bolt LT to mount seamlessly to any camera rig and integrated Sony L-series or Canon LP-E6 pass-through battery plates allow you to power your system far more easily than before.

Existing 3rd-generation Bolt users appreciate the design of the Bolt LT since it’s backwards compatible with the Bolt 500, 1000, Sidekick II, and 703 Bolt, as well as the new Bolt XT. This feature makes it easier to build onto existing Bolt systems or plug into others already operating on set.Bolt XT RX_Action_033018_088_detail

The Bolt LT also retains critical features from the previous generation, including AES 128 encryption to protect your video feed from prying eyes and multicasting to up to 4 receivers.

Compatible with the Bolt XT, Bolt LT, 703 Bolt, Focus Bolt RX, and all third-generation Bolt systems, the Bolt for Sony Venice connects to the worldwide Teradek ecosystem without compromise. The module passes data, audio and video via the camera’s rear 144-pin connector, eliminating clunky power and video cables while ensuring data path integrity from camera to other accessories such as the AZXS-R7 or RAW/X-OCN recording units. To save power, the device can be switched off without interrupting the signal path going through to the recorder module.

Like Teradek’s high-end Bolt XT line, the Bolt for Sony Venice is multicast capable up to 4 receivers and includes Teradek’s proprietary software utilities, including a manual frequency-selection tool, 3D LUT engine, and a 5GHz spectrum analyzer to keep an eye on interference in on set.