Bigger isn’t always better. When it comes to monitors or external recorders. On a small camera package, a 7″ model can be quite large and hard to mount. To help with this Atomos went back to the popular Ninja 5″ size, but this new Atomos Ninja V is thinner at 3.5 cm thick. 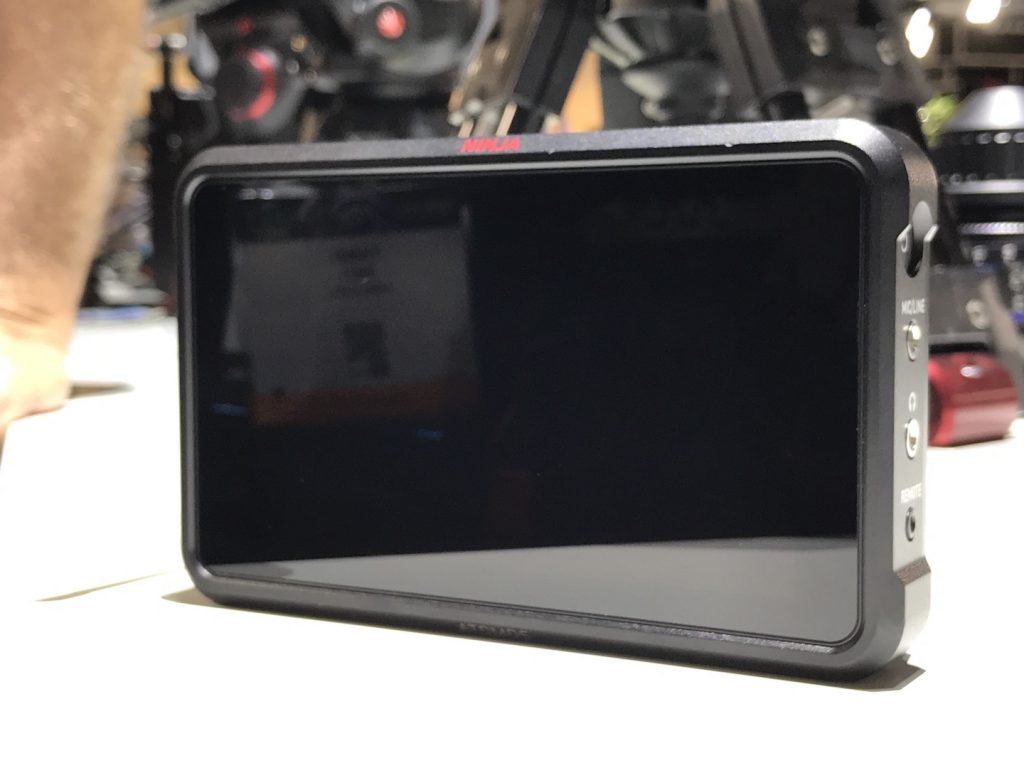 The Ninja V shares some features of the Inferno like the Atomos OS and touchscreen, but in a compact size. The frame is all aluminum and has a nice solid light feel.

The Inferno is known to be on the loud side if you need to capture audio when using the recorder. Jeromy states it’s virtually silent when operating due to a more efficient processor and chips used in the recorder. 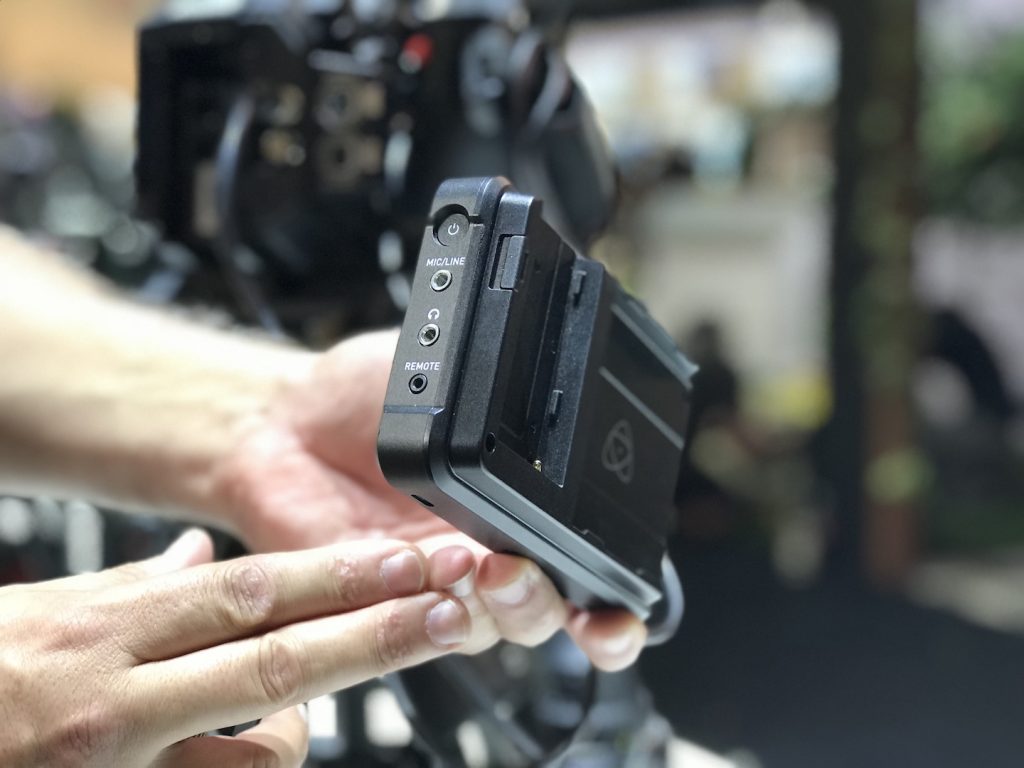 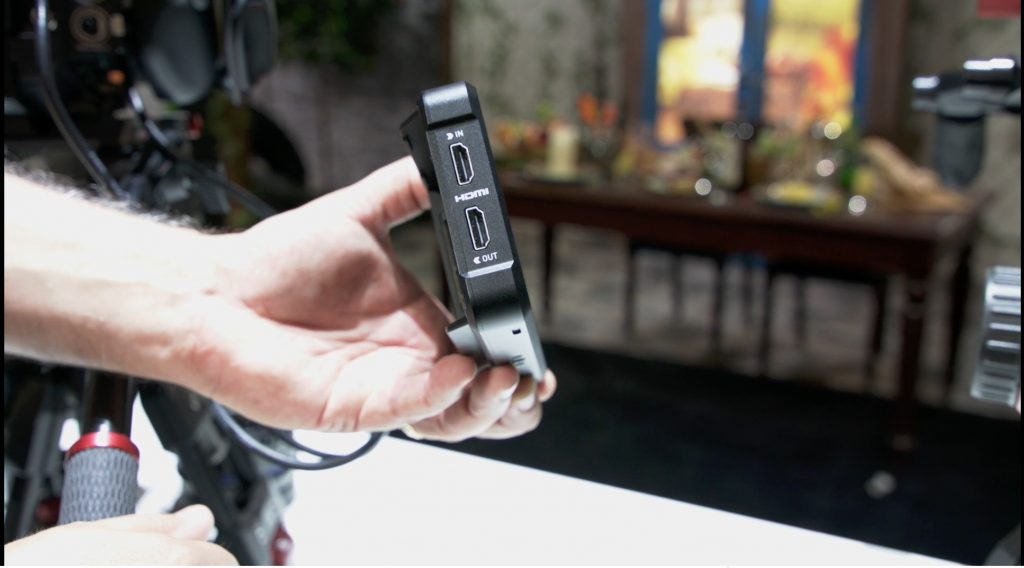 The Ninja V monitor is 1000 nits and supports HDR viewing and processing. it’s said to silent while operating due to the updated chips. A small fan is inside the Ninja V, however, it won’t kick in under normal use. It’s designed to cool the recorder in high heat environments.

To power the Ninja V a single Sony NP type battery is used on the back. The Ninja V gets approximately one hour of record time in 4K 60p. When used as a monitor only the Ninja V will last longer. 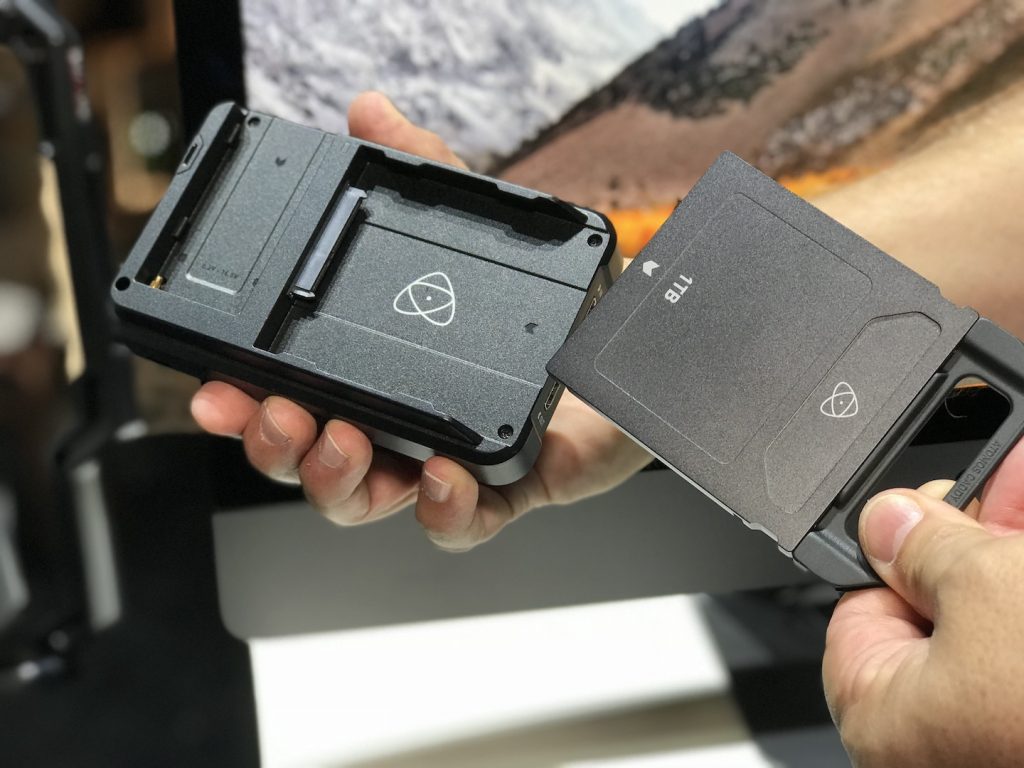 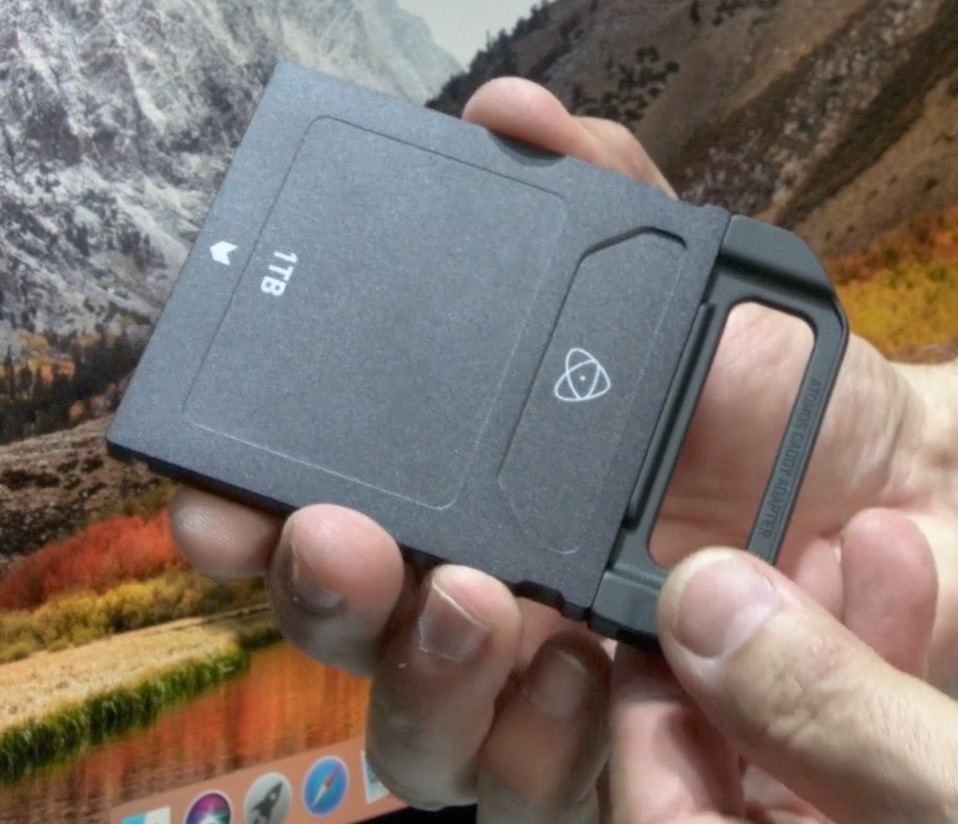 The media is an SSD drive Atomos calls the SSD Mini. It’s a standard SATA but much thinner at 7mm and 18mm  in length. Atomos is teaming up with Angelbird, GTech and Sony that will make these ultra light and thin SSD drives. 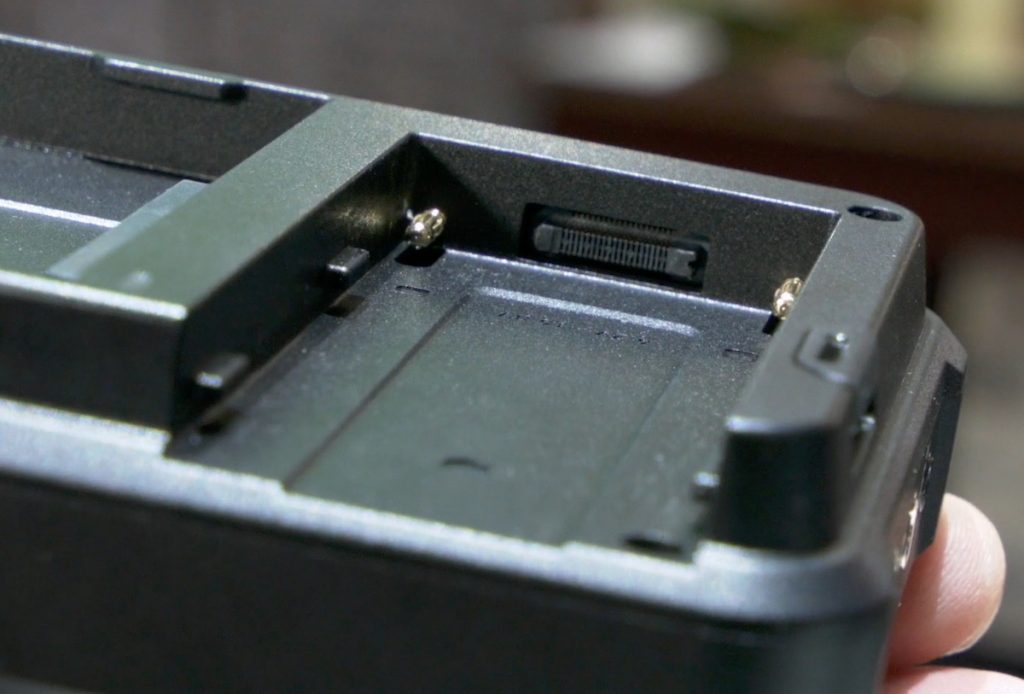 A new feature added to the Ninja V is an expansion slot that supports high-speed video, audio, and power. This potentially gives the Ninja V the option for a wireless transmitter or other devices that 3rd party companies might want to develop.

While the Ninja V is ProRes RAW ready no cameras to date have RAW out via HDMI.

The Ninja V retails for $695 US. Availability will be announced at a later date.

The Ninja V costs $695. The shipping date has not yet been confirmed.