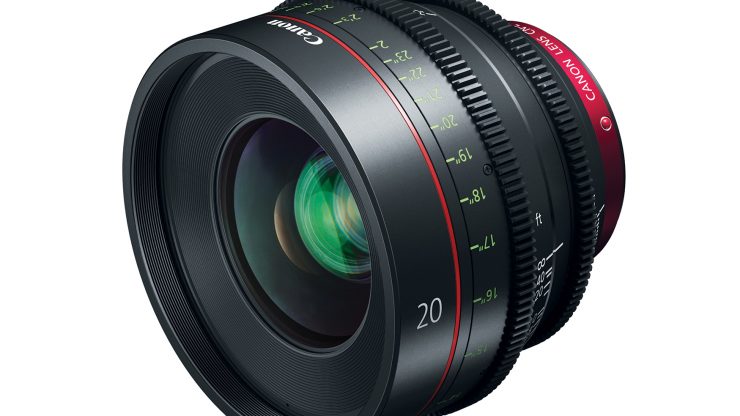 As well as announcing the new C700 FF, Canon has also unveiled the CN-E 20mm T1.5 Cinema Prime Lens for EF Mount cameras. The 20mm becomes the 7th lens in the CN-E Cinema Prime Lens collection and joins the 14mm, 24mm, 35mm, 50mm, 85mm and 135mm in what is a pretty comprehensive set of focal lengths. 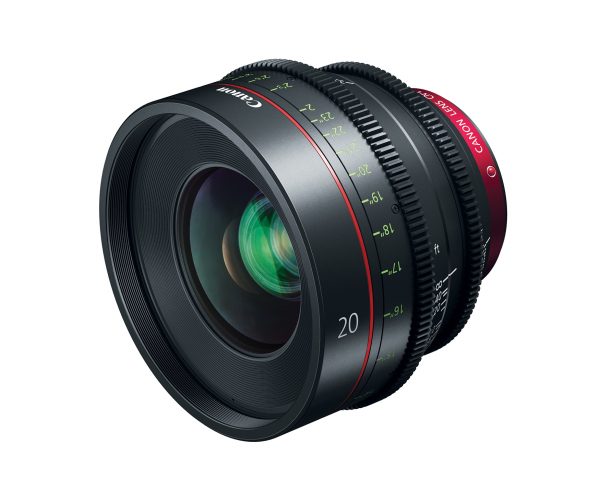 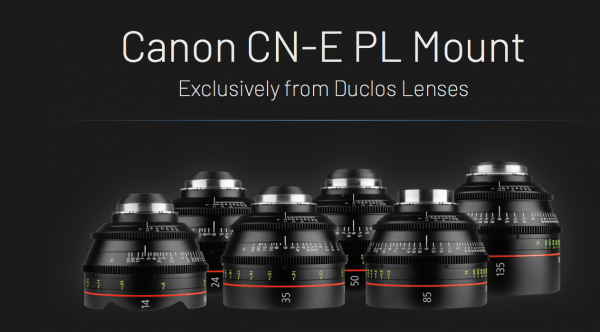 The one thing that has always bugged me about the CN-E Cinema Prime Lenses is why they only come in Canon EF mount. Surely making these lenses available in both Canon EF and PL mount would make a lot more sense. If you do want to convert your CN-E Cinema Prime Lenses into PL mount you have to send them into Duclos Lenses who do a conversion kit, but it costs $1,850 USD per lens.

At T1.5 the CN-E 20mm is nice and fast and looks to be very compact given it can cover full frame sensors. The CN-E Cinema Prime Lenses are well priced compared to some of their competition. With more and more full-frame digital cinema cameras emerging, we are bound to see a lot more lenses that cover these sensors coming to the market. There are already countless full frame cine prime lenses available from Zeiss, Xeen, Schneider, Cooke, Tokina, Sigma, and Celere. 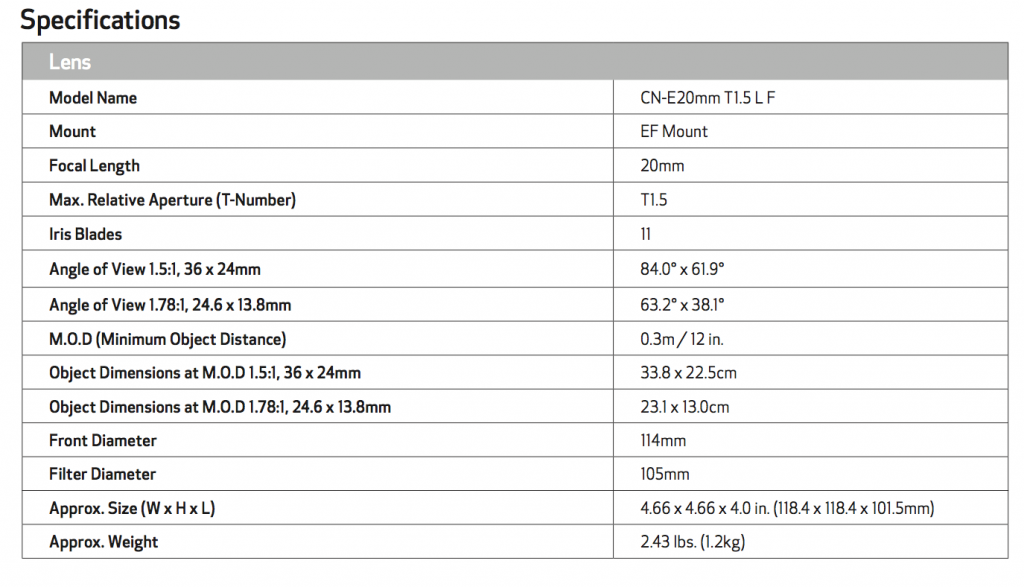 The CN-E 20mm T1.5 L F lens is scheduled to begin shipping in fall 2018, but so far there is no indication of pricing.