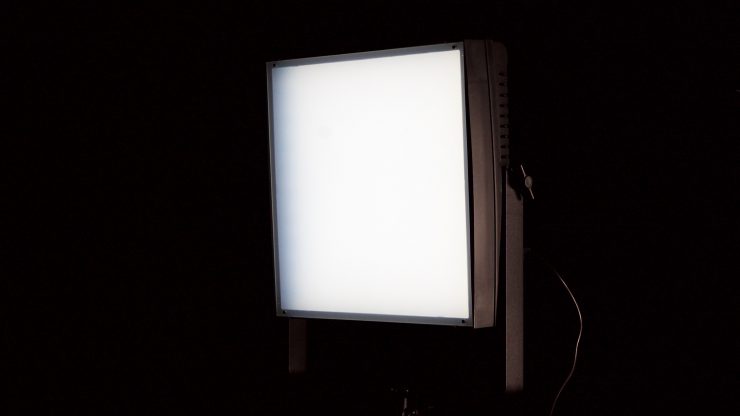 The LUPO Superpanel Dual-Color 1×1 panels are some of my favourite lights to use. Not only are they extremely bright, but they are also colour accurate, can be run off a camera battery, and are versatile enough to be used for a variety of applications. 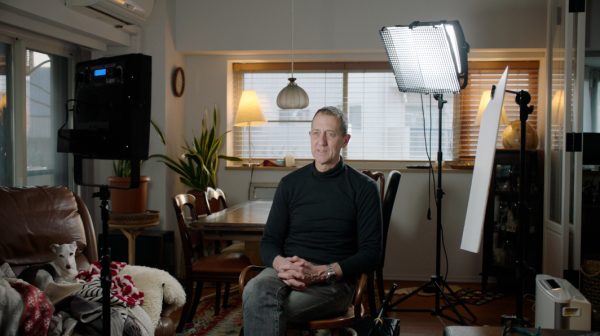 I have previously reviewed the Dual-Color and 5600K fixtures on the site before, but now LUPO has a Soft Panel version of their Dual Colour Superpanel available. I was interested to see how it compared to the original Superpanels in terms of build quality, photometric results, and quality of light.

The original Dual-Color and 5600K Superpanel lights are some of the most powerful 1×1 LED fixtures I have ever tested. While this output was great, you really needed to diffuse the lights in order to use them for such applications as sit down interviews. This was fine if you wanted to use an optional softbox or indirectly illuminate your talent, but in fast-paced environments, sometimes you don’t have the time or extra equipment to do that. It’s for that very reason that LUPO decided to start making another version of the Superpanels with an inbuilt soft diffusion panel. 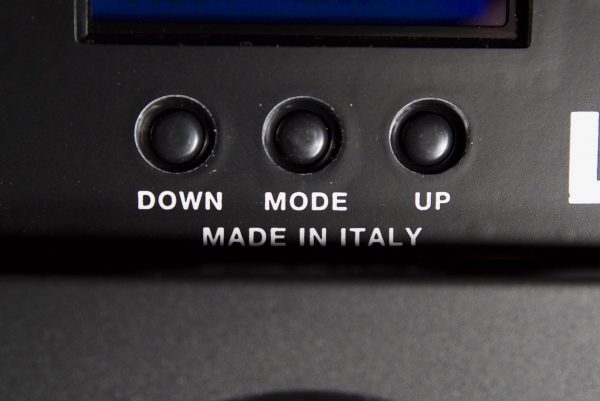 For an Italian made product, there is no Versace or Ferrari style flash to the Superpanel. The fixture is all business and no show. The light is nothing special to look at, and LUPO has just concentrated on making it robust and easy to use. 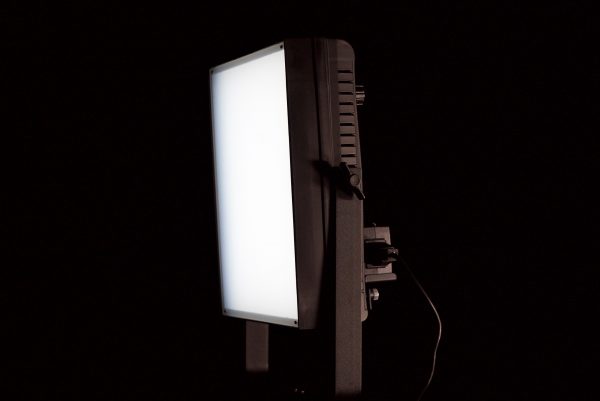 The casing of the fixture is made out of reinforced technopolymer and feels fairly robust. It is matte black in colour which is good because it doesn’t reflect any light. 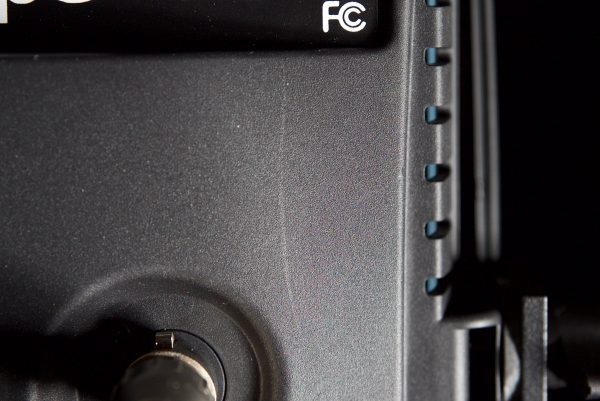 The only problem I found with the finish on the casing of the light is it is very prone to scratches. While this is more of a cosmetic issue, than a build quality issue, some potential buyers may not like this. 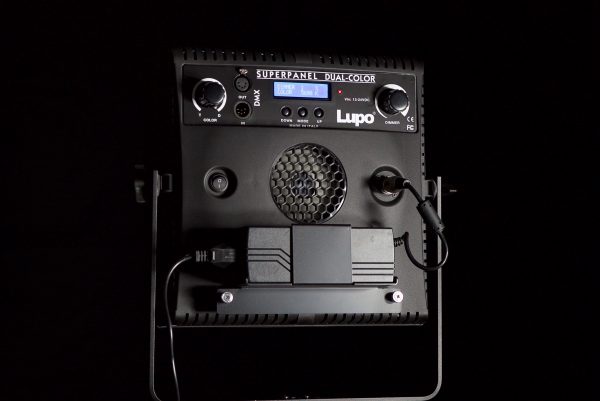 The light with power supply and yolk frame attached weighs in at 3.4kg, which is only marginally heavier than the original Dual-Color Superpanel 3.3kg (7.27lb) 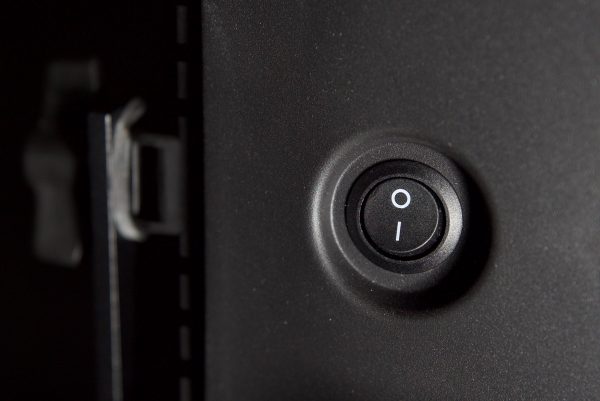 The Superpanel has a recessed on/off switch, acolourr temperature adjustment dial, a DMX In and Out, a dimmer dial and simple LCD display screen with three buttons. 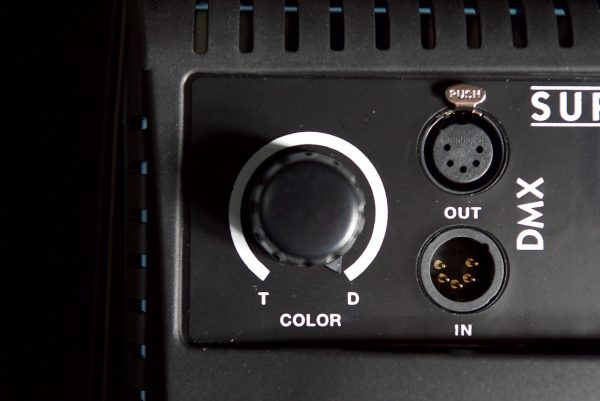 The controls are practical and easy to use and there are no complicated menus to scroll through. 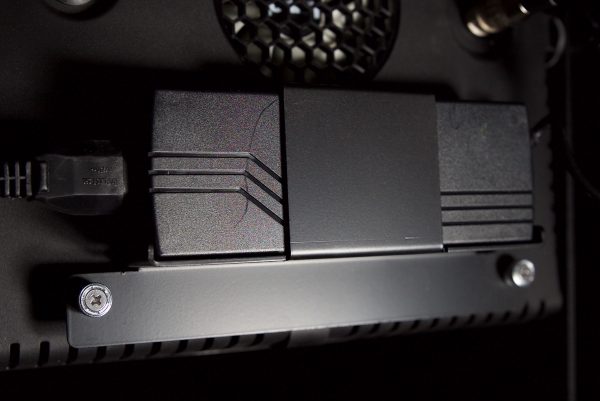 The light has a bracket you can attach that holds the AC power supply firmly in place, and this can be swapped out for a V-Lock battery plate if you need to power it remotely. 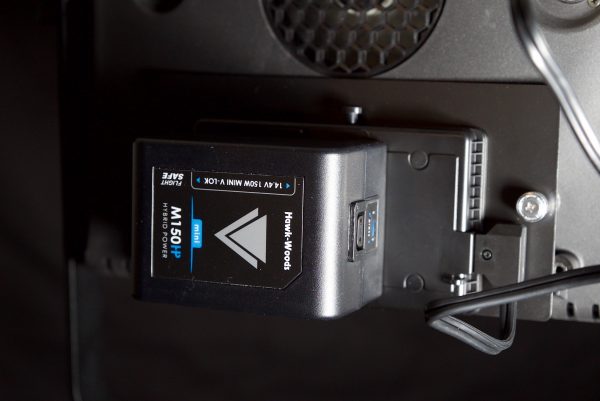 The light draws 150W, so you will need to use a fairly powerful camera battery if you want to run the light at maximum brightness without mains power. Lupo does sell their own 160Wh V-mount battery, specially designed for the Superpanels as an option.

The light is fully dimmable from 1-100% in one percent increments, and you can also adjust the kelvin range in one kelvin increments for precise colour temperature. The Superpanel lights have a 40 degree beam angle which keeps the light source from spilling everywhere. 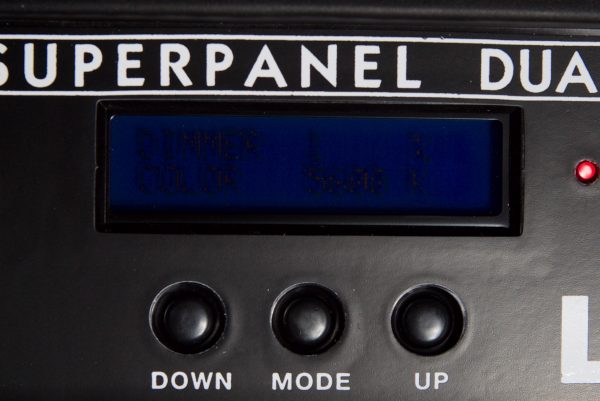 What I liked about the LED display is that after a few minutes it actually dims right down so you don’t emit any unnecessary light, which is handy if you are working in dark environments. By touching either the colour temperature or dimmer dials the display’s brightness comes back on.

The light has a 1/4 20″ threaded hole on the top and the bottom of the light for attaching the optional barn doors. 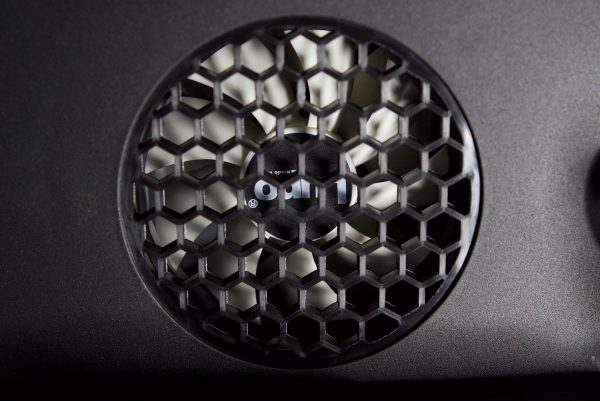 The light does have an inbuilt fan and you can also choose to switch if off you are worried about noise. There is a downside to this though – the light will then only run at 50% of its maximum brightness. In practice I found that the fan is so quiet I don’t see there being any reason why you would ever have to turn it off. 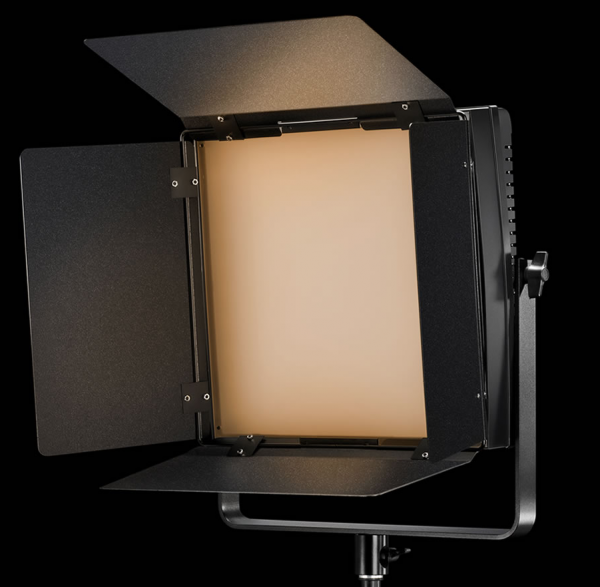 So now let’s get to the photometric results. I always test lights in this way so that I get a reference to how they compare to other fixtures. Results only tell part of the story and should never be used alone to judge a light. I have found from extensive testing over the years that certain lights that have good photometric results don’t always look good, and lights that have worse photometric scores can sometimes look better than their results indicate.

Above you can see the light recorded an output of 3880lx (360fc) when set at 5600K and run off mains power. The LUPO produced a Kelvin colour temperature of 5869K. The Superpanel had a 0.1G CC Index score. This output was impressive for a Soft Panel 1×1 fixture. The 5869K reading was a little higher than what I would have liked to have seen when using this light at 5600K.

In terms of output compared to the original Dual-Color Superpanel, the Soft version’s 3880lx is just 18% as bright. The non-soft version puts out a whopping 21800lx at 5600K. Considering the Soft version is essentially the same light, LUPO is obviously using some very strong diffusion.

Here is how the 3880lx output and 5869K Kelvin colour temperature I measured from the LUPO compares to some other Bi-Colour Soft Panel 1×1 fixtures:

Here is how the 3550lx output and 3044K Kelvin colour temperature I measured from the LUPO compares to some other Bi-Colour Soft Panel 1×1 fixtures when used at 3200K.

These results show me that the light drops output when you start moving the Kelvin temperature dial down, but only very marginally. The output of the light is extremely impressive and it outperforms its closest rivals. The Kelvin colour temperate accuracy of the light could be better, as the figures I recorded were more than 150K off at 3200k, 4500K and 5600K.

So now that we have seen how much output the LUPO Superpanels Dual-Color Soft produces, how does it perform when it comes to replicating accurate colours. Above you can see that when the light was set at 5600K it recorded an average CRI (R1-R8) of 95.3 and an extended CRI (R1-R15) of 93.24. For replicating accurate skin tones it recorded 93.4 for R9 (red), 96.4 for R13 (closest to caucasian skin tones), and 96.9 for R15 (closest to Asian skin tones).

These results were pretty good, but how do they compare to the Litepanels 1×1 Astra Soft Bi-Color and F&V Z400S Soft? Below you can see a comparison:

As you can see all the lights have fairly similar Extended CRI scores, but what’s their spectral distribution like? Well, let’s find out.

In this quick example, I simulated an interview set up. The Lupo soft panel was used as the key light with the Litepanels Astra 1×1 Soft being used as the backlight. A white poly board was also used on the right-hand side to add some fill.

As I always say, photometric scores only tell you part of the story. So do the scores from the LUPO Superpanel Dual-Color Soft translate into real-world performance? Above you can see a few examples using the light. All I have done is white balance the camera and I haven’t altered the image in any way in post.

Starting with a powerful source and heavily diffusing it, in this case through the use of an integrated soft panel, is usually a good way of producing a nice soft source. If you don’t have a high enough output to begin with, and then attempt to heavily diffuse that lighting source, often the brightness of that light is reduced to a point where it’s only usable when placed very close to a subject. 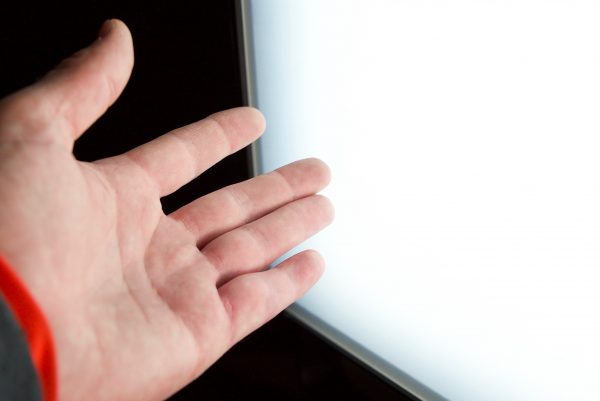 The LUPO’s high output for a soft panel 1×1 Bi-Colour light allows you to produce a really nice soft lighting source that still packs a punch. This makes the light ideal for solo operators or travelling cameramen or women who need a light that is quick to set up and easy enough to power. As the light source is already diffused you can get away without needing to use a softbox. The lights 40-degree beam angle means there isn’t a ton of spill, but if you get the optional barn doors you can control it even more.

The light is also bright and soft enough that it can be used for lighting up some rooms by indirectly bouncing it into a wall or ceiling if you just need some additional fill and don’t want the light to look forced. It’s also an ideal light for news crews doing live crosses as the fixture can be run off a camera battery and it’s powerful enough to provide a nice amount of soft light unless you are in really bright conditions. 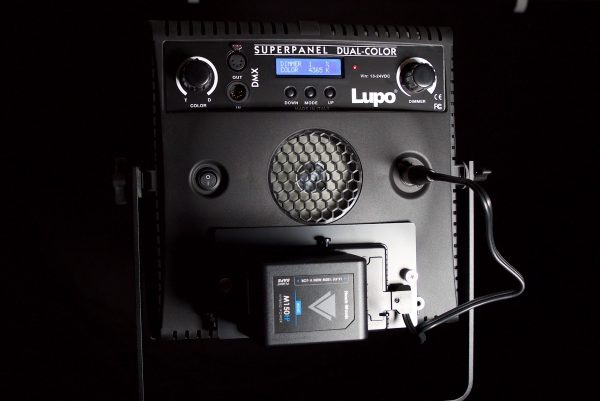 The latest Dual-Color Soft 1×1 Superpanel LED from Lupo is a good alternative to the original version if you are looking for a quick and easy to use light for interviews, live crosses, or just about any other application where you require a soft, battery powered light. With an impressive output compared to its competition and good colour rendition, it’s really hard to overlook if you are looking to buy a new portable 1×1 style LED light. Do I prefer this Soft version over the original? That’s a hard question to answer. I like having the power on tap from the original version and being able to diffuse it when I need, but in saying that I like having the instant soft light available that can be created from the soft version. Different tools for different jobs. 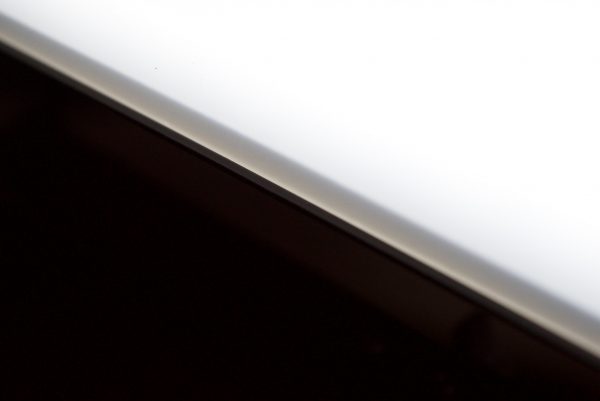 Lupo has done an outstanding job with the Superpanels, and this latest soft panel version is a great solution for travelling camera operators, and anyone else who wants a powerful, soft, battery powered source. With a retail price of $1,249 USD, it’s very reasonably priced for a high-quality 1×1 LED panel.