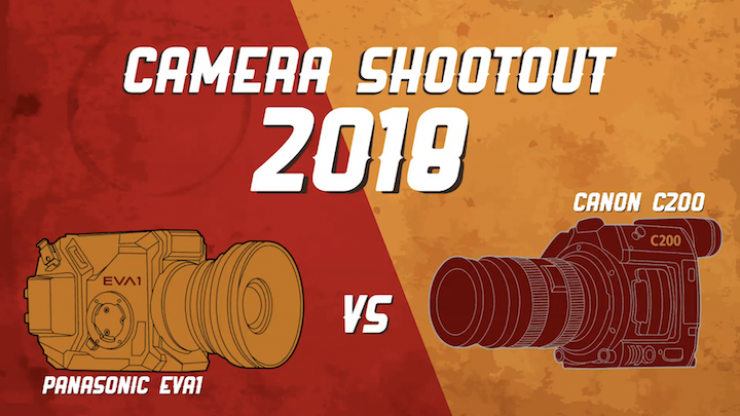 The Zacuto Camera Shootout which placed the Canon C200 head to head against the Panasonic EVA1 has gone live. If you missed it, you can watch the live stream and review the 4K test footage below.

The tests were designed and administered by Bruce Logan ASC and are broken up into:

Zacuto has also uploaded the full 4K test footage to view on Youtube.

After watching the live panel discussion I got the feeling that everyone was trying to be very politically correct and not come to any conclusions as to what they really thought. In this day and age, so many of the camera options we have available to us are capable of producing good results in the right hands. The one thing that I did find interesting was how often Bruce Logan ASC kept coming back to how it’s the codec that makes such a big difference if you really want to push a camera to its limits. As Bruce would say, “The math don’t lie.”

I also found the lack of a true opinion on either camera to be disappointing. I feel it’s necessary to point out what works well. The codec is important but not the only factor. Lots of chatter on codecs. The C200 has amazing autofocus with DPAF and touchscreen while the EVA 1 doesn’t have anything close to it. This wasn’t mentioned and is a big deal if you want to use AF in video. DPAF is very good. EVA 1 excels with internal 10 bit and soon to be released Raw out to a recorder.

Some of the grades are so dark it’s really hard to see what the image looks like. This is fine for dynamic range but for seeing detail it’s just to hard to get anything usable for judging.

I still appreciated the test even though it was titled a shootout and it really wasn’t and to be honest, I don’t necessarily need a winner just what each camera’s strengths are would be fine. One big take away is when Canon’s Tim Smith flat out says the C200 should’ve had 10 bit as well as Canon Raw Light and encouraged people to keep pushing for it. That’s a rare thing to hear from any camera company.

What did you think of the camera shootout and what are your thoughts on the cameras after watching the test footage?