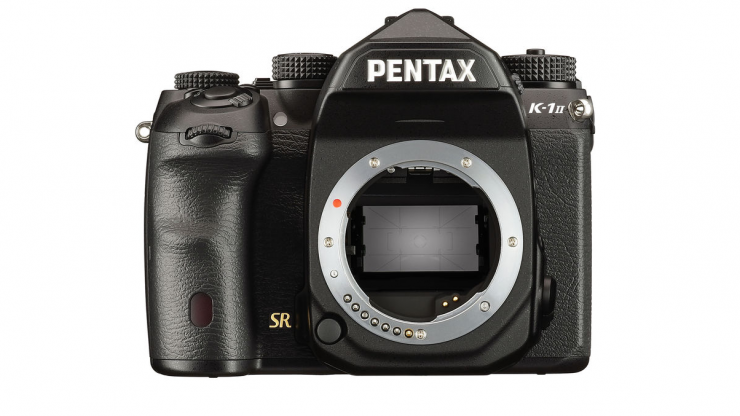 Pentax have announced the full frame K-1 Mark II DSLR, an upgrade to the companies original K-1. Pentax is not a name that you hear mentioned that often. While the company makes good stills cameras, the video functonality is always a bit of an after thought, and that is no different with the new K-1 Mark II. 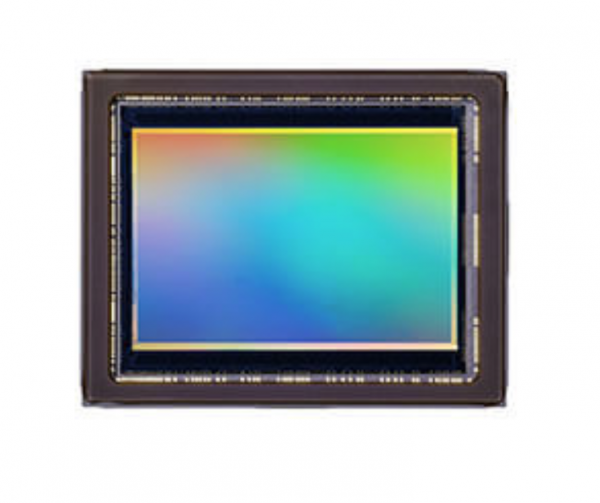 The K-1 Mark II is the follow-up to the companies first full-frame flagship DSLR. The K-1 Mark II features a 36.4MP CMOS sensor and PRIME IV image processor, and is capable of capturing high-resolution stills at up to 4.4 fps as well as Full HD video. The 14-bit image processor has been updated with a Ricoh-developed Accelerator Unit, which is claimed to help reduce noise and increase clarity and color accuracy. The cameras sensitivity range has been increased up to a whopping ISO 819200 for working in low-light conditions. In video the ISO limit is ISO 25,600. 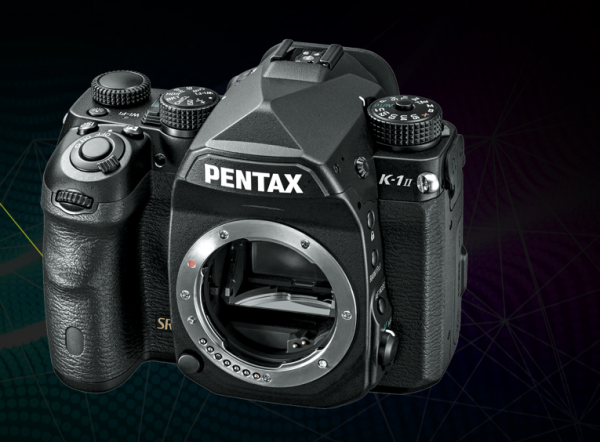 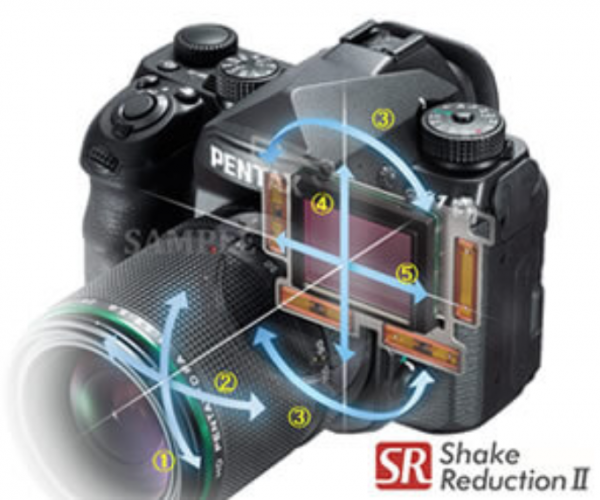 The camera has a 5-axis Shake Reduction system. This stabilisation system enables Pixel Shift Resolution II, which leverages the movement of the sensor to record for sequential frames and merge them together in order to acquire greater color detail and resolution. Dynamic Pixel Shift Resolution also benefits from this technology, and allows users to achieve similar results even when working handheld. 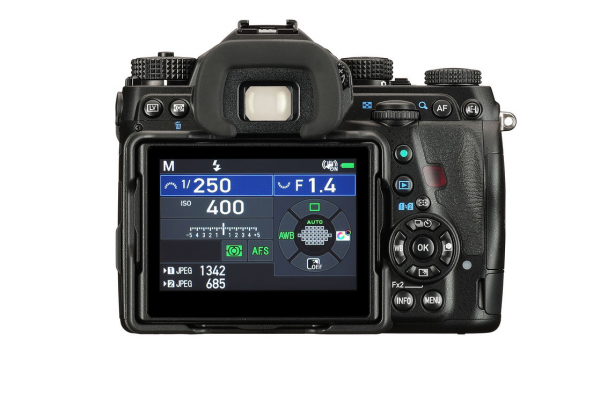 The cameras body is made out of stainless steel and magnesium-alloy and features extensive weather-sealing for use in harsh climates and cold weather. The camera body weighs in at just 2.04 lb / 925 g. The large pentaprism optical viewfinder offers 100% frame coverage and a high 0.7x magnification, and a rear 3.2″ 1.04m-dot LCD. The K-1 Mark II also features built-in Wi-Fi for wireless remote control and image transfer, as well as a built-in GPS for geotagging.

One of the unique features of the K-1 Mark II is the Image Composition Assist function, which allows you to shift the sensor up/down and left/right as well as slightly rotate it. This allows users to easily adjust their composition without needing to move their camera, which can be useful for delicately balanced tripod work.

The SAFOX 12 AF system is optimized for the full-frame image sensor and has a total of 33 AF points, of which 25 are cross-type, and three f/2.8 luminance sensors to maximize performance in all lighting conditions. The system can operate down to -3 EV using the 25 center sensors and will benefit working in dark scenes as well as extreme back-lit conditions.

The camera is NTSC/PAL switchable and it is equipped with headphone and microphone jacks, as well as an in-built microphone. Like some other full frame cameras the Pentax K-1 Mark II can also shoot in a APS-C crop mode for full compatibility with existing APS-C format lenses. Pentax also makes an optional adapter that enables users to mount 645 series medium-format lenses to the K-1.

The camera utilises a HDMI D (Micro) output but it is unclear what can be output over this connection.

The K-1 Mark II is equipped with two SDXC card slots. These can be configured for backup, splitting storage of JPEGs and raw files, or overflow when card 1 is filled. Also on the body users will find a variety of dials and buttons that will allow for quick and intuitive adjustment of settings. Along with this there are LED-illuminated body points on the lens mount, card slots, the backside of the LCD, and at the cable switch terminal that will help you operate the camera in low light. 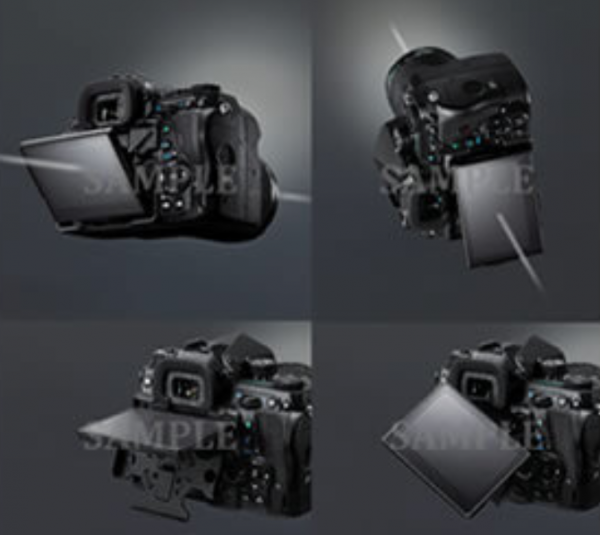 One unique feature of the K-1 Mark II’s design is the use of a 3.2″ 1.04m-dot Cross-Tilt LCD. This ensures the screen remains aligned with the optical center of the camera while allowing for tilt 44° down and 90° upward as well as 35° left and right. The camera also has settings for quickly adjusting the brightness of the display to account for a variety of shooting environments.

The K-1 Mark II will start shipping in April and retails for $1,996.95 USD, but if you happen to be a K-1 Mark I owner, Pentax has a program that allows PENTAX K-1 owners to upgrade their current camera to receive the advanced functions of the new PENTAX K-1 Mark II for just $550 USD.

Here is an overview of the upgrade service:

More details on the program will be released in the upcoming weeks. Please go to www.us.ricoh-imaging.com or email Pentax at [email protected] for more information. 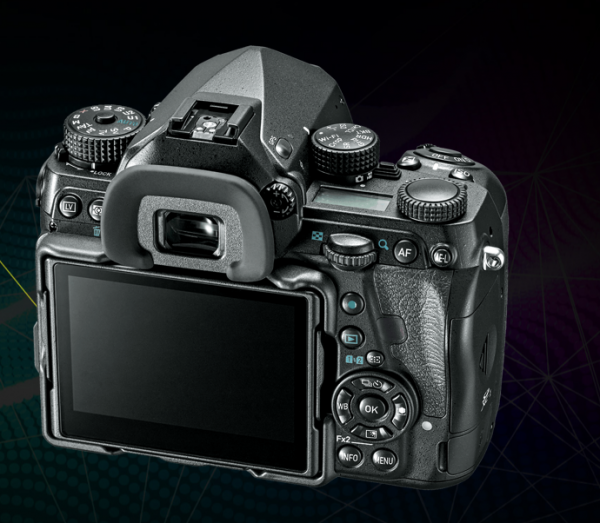 The Pentax K-1 Mark II looks to be a good stills camera, but it’s video functionality leaves a lot to be desired. Pentax doesn’t make any video cameras, so it’s surprising to see that they haven’t tried to improve video functionality to at least compete with some of their competitors.