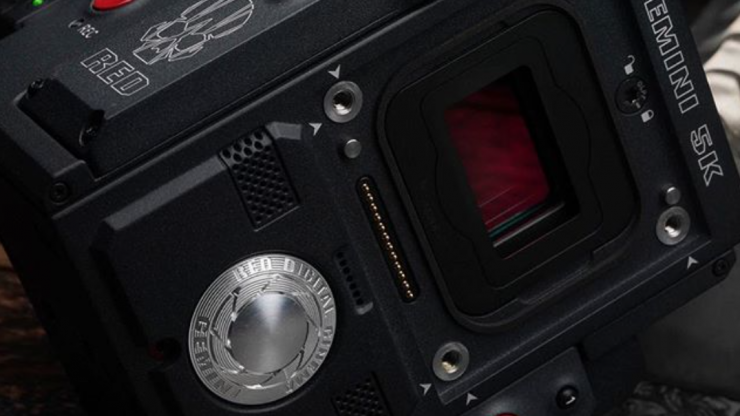 RED Gemini is a custom S35 low light sensor that has been made for a “very special customer” for use in outer space. RED says that the new sensor is a vampire that loves the dark, but you will need to put ND’s on it if you want to shoot in the light. 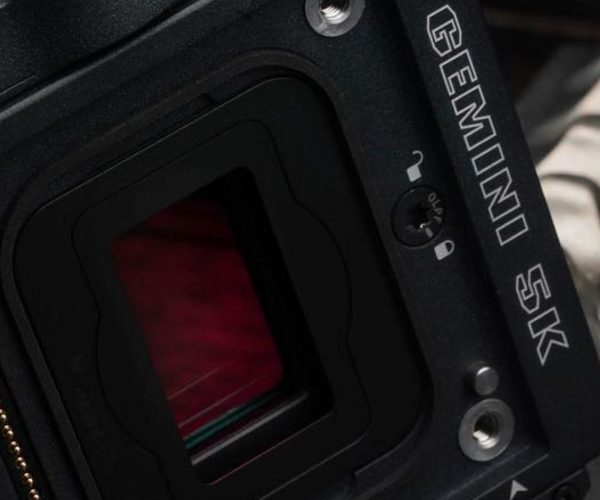 The Gemini uses large pixels and is an S35 5K 30.72mm x 18mm sized sensor that RED claims are 2 stops more sensitive than Helium. The Gemini sensor is housed in a custom DMSC2 body and can shoot 5K at up to 96fps. The larger the pixels, the more surface area they have to capture light. Photosite size is referred to as pixel pitch. Large photosites have a large pixel pitch and small photosites have a small pixel pitch. Larger photosites are more receptive to light. They capture more information and have strong signal strength. Smaller photosites gather less light. Transforming their low signal strength into digital information results in more recorded noise. There are no specifications given of what ISO settings the Gemini is capable of shooting at, and no vision to back up RED’s claims that this is a low light beast. 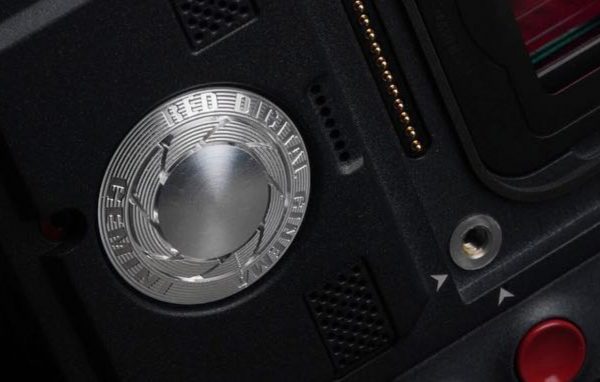 At 30.72mm x 18mm, the sensor is larger than a RED EPIC-W Helium but smaller than the RED WEAPON Monstro. The crop factor of 1.22x also means the field of view will be just a little bit wider than the EPIC-W Helium.

The name Gemini is undoubtedly paying homage to the NASA space program of the same name. Project Gemini was NASA’s second human spaceflight program, that took place between projects Mercury and Apollo the 1960’s.

That “very special customer” RED is talking about, is undoubtedly Elon Musk, founder, CEO, and lead designer of SpaceX, and co-founder, CEO, and product architect of Tesla. There are not too many people with their own space programs, and it’s probably not NASA, as they been using Canon cameras for capturing video footage in space for quite a few years now. 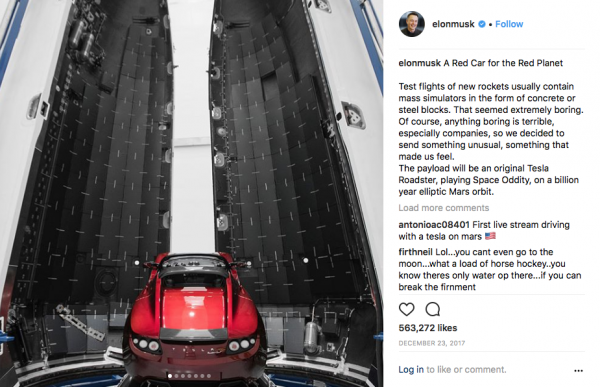 I have a strong suspicion that the RED Gemini may be used for somehow filming the SpaceX Falcon Heavy rocket that Elon Musk is sending into space with a Tesla Roadster attached. The midnight cherry Tesla Roadster will apparently be playing Space Oddity over its stereo and the destination for the rocket will be Mars orbit. In typical Musk bravado, he said on Twitter ” It will be in deep space for a billion years or so if it doesn’t blow up on the ascent.”

If you want to buy a Gemini, you are already too late. Apart from the one that was probably for Elon Musk, only 5 additional Gemini sensors were made by RED. The Gemini wasn’t even available on the RED store, and the lucky few who snapped up these remaining 5 sensors had to email RED President Jarred Land directly. The price was said to be a shade under $20,000 USD, which was a lot cheaper than some of RED’s other camera offerings. Jarred Land mentions that they were subsidized though. 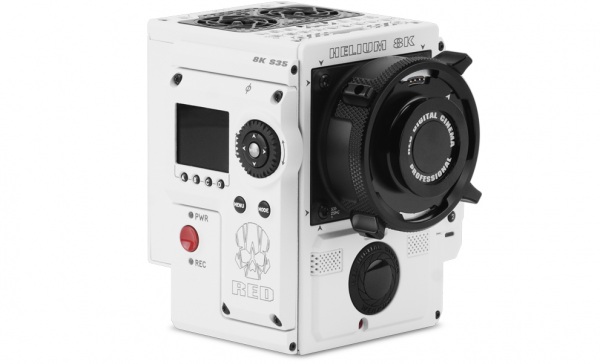 With only 5 available, the Gemini is probably the most limited addition camera we have ever seen from a major manufacturer. To put that number in perspective, the RED white Stormtrooper Weapon Heliums that were so rare, numbered only 25.

Some would say that REDs Achilles heel has always been low light performance, but it does seem they that they are definitely working hard to address that. Just last month they posted up this video so users could learn best practices for shooting a dark scene by taking a deeper look at RED’s exposure tools, when to target a specific ISO, and how to manage exposure extremes.

This is certainly an interesting move by RED, and the Gemini could well be a precursor to another camera that is still to come. Just how it compares to other low light cameras such as the Sony a7S series, Canon C300 Mark II etc. we will have to wait and see.

What do you think about the Gemini? Let us know in the comments section below.