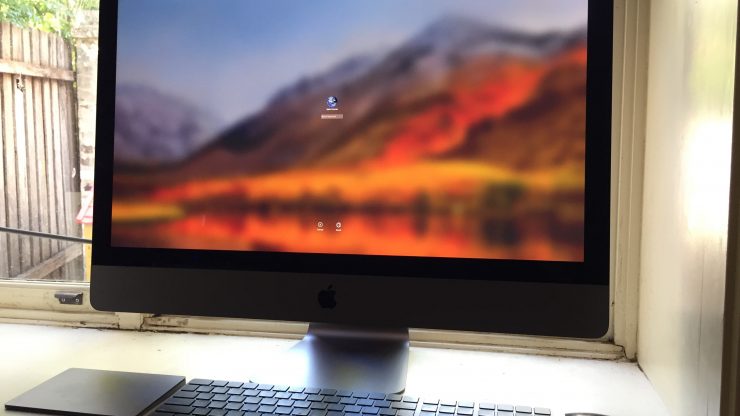 Is it iMac or is it Pro? I still clearly remember the first time I saw someone editing on an iMac. It was the original blue G3 with this new software called Final Cut Pro (version 1). At the time I was mostly editing on Avid or Media Composer, both of which ran on Macs but required a whole lot of external gear in order to function. But here was a single piece of equipment with just a keyboard, mouse and power cord doing actual frame accurate editing. 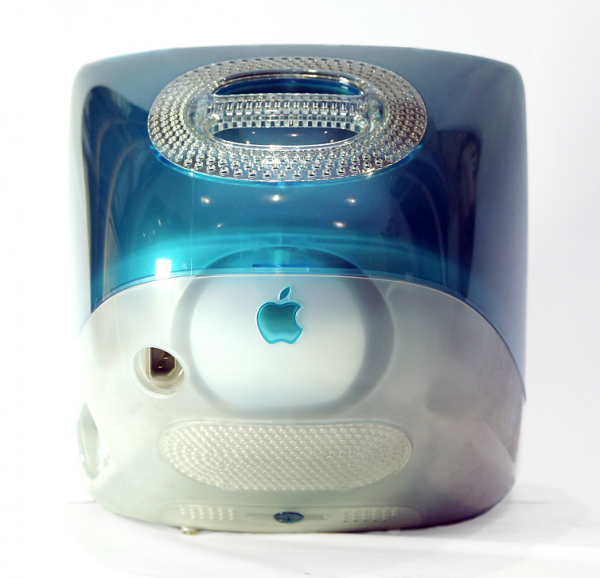 The iMac has certainly come a long way since then but the original concept of an all in one computer with an appealing design is still very much in evidence. Of course, they have become very powerful machines despite the inherent challenges of an all in one design. 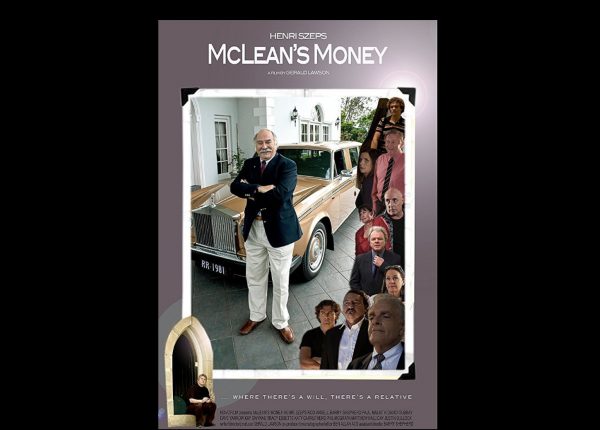 By 2013 they were powerful enough that I was able to successfully manage the entire post-production on the feature film McLean’s Money on iMacs including the editing, colour grading, sound mix and the creation of the DCP files to go to the cinemas.

So why do we need an iMac Pro?


Much like Henry Ford’s quote that if he’d asked people what they wanted, he would have designed a faster horse, if you’d asked me, I would have said we need a faster iMac and I’m sure I’m not the only one who imagined that this is basically what the iMac Pro was. 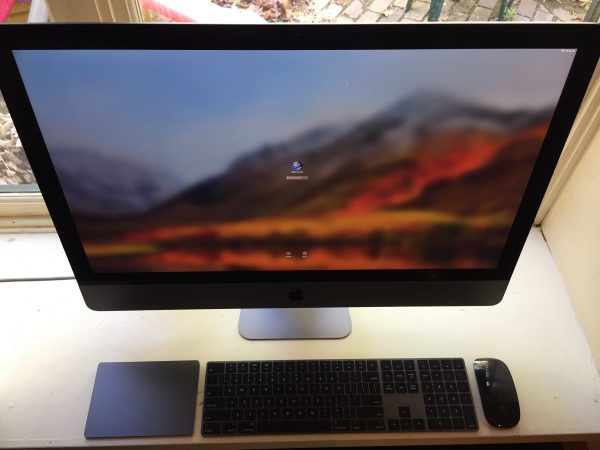 In fact what Apple have done is build an entirely new computer into the form factor of the existing 27” iMac. To start with this is significant because there’s a variety of tasks in the film making process that benefit enormously from this form factor. The computer and screen with a single, small desktop footprint is a big advantage, especially if you’re adding things like control surfaces which take up their own desk space. 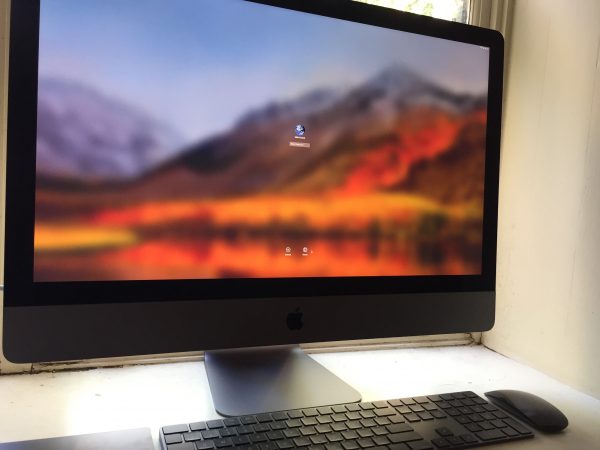 The iMac design also means that the unit is up and running very quickly. In the case of the iMac Pro, this means plugging in the power cord and turning on the keyboard and mouse/trackpad. The demo unit arrived with both the mouse and the trackpad and I find this to be a very effective combination for video work. I tend to use the trackpad with my left hand for big movements and the mouse with my right hand for little ones and I find that this helps manage fatigue on long days.

Like the shell of the iMac Pro itself, the keyboard, mouse and trackpad are all finished in the darkly sophisticated “space grey” and for any sort of visual work this helps with avoiding visual pollution with light reflected from lighter colours. 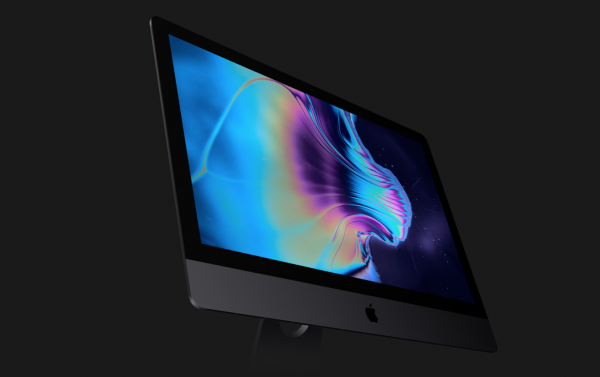 Once it’s powered up the 5k screen is immediately impressive. The display is true 10 bit which is very helpful in precise visual work and has P3 which is the wide colorspace used for digital cinema among other things. Combined with an illumination of 500 nits, the visible contrast and color depth on screen is superb. 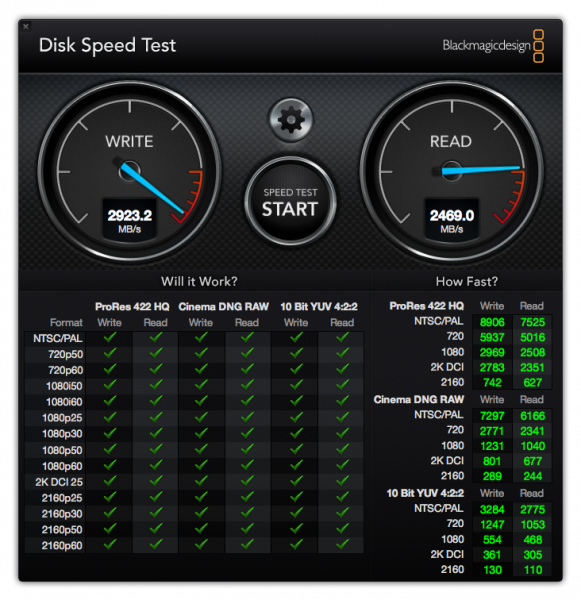 The internal SSD is is rated as “up to” 3 GB/s. In my tests it was able to deliver sustained rates nearly 2.5 GB/s read and holding very close to the theoretical maximum on actual write. To put that in perspective, 4k 16 Bit Linear 4:4:4 video is less than 2.3 GB/s at 24 fps. I did some practical tests with 4k 16 bit EXR files and these would very happily and responsively play at full speed from the internal drive, so the theoretical number do seems to deliver in practice. It’s also worth remembering that these are GigaBytes per second and in the GigaBits per second that we’re used to thinking of for video codecs this equates to 24 Gb/s, way beyond any video format I can think of. 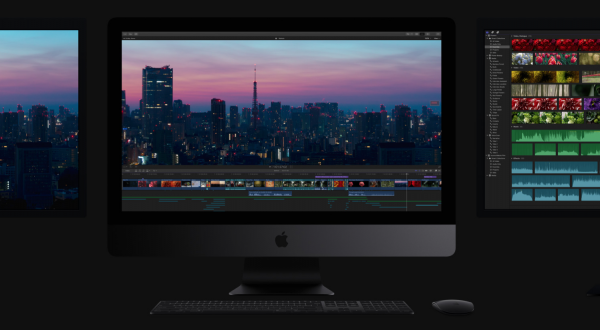 The engine room is a true Xeon workstation and the 10 cores in the demo machine is a good fit for video work where much of the heavy lifting is done by the GPU. The demo unit was also fully spec’d with 128 GB of RAM and it’s a good reminder of how much a lot of RAM can help with handling high res video.

The GPU is the new Radeon Pro Vega and one of the important things about it is that the video memory resides on the chip itself, rather than separately. This helps a lot with the throughput we need for heavy duty, high res work. 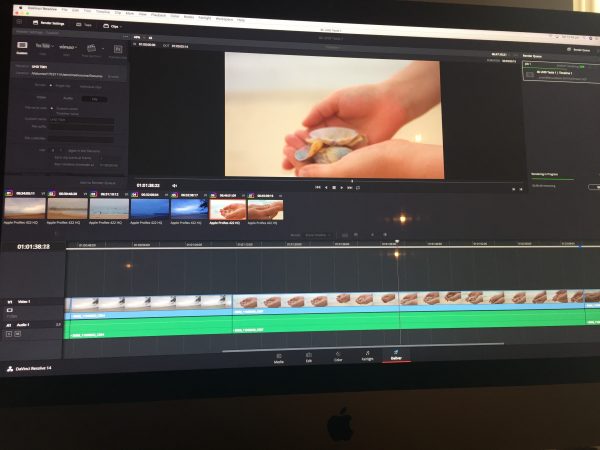 In DaVinci Resolve, 4k ProRes will readily grade in realtime and I clocked full quality renders with primaries and LUT applied at 45-48 fps. Even with a soft edged secondary, power windows and a very big blur I was still getting 36-39 fps. To get master renders slower than realtime, I then had to add some very intensive noise reduction and even then it was still hitting 17-18 fps.

Even rendering directly to the JPEG2000 wavelet files for DCP was delivering 7-12 fps. This means that it would be possible to deliver a feature film DCP for cinema in an afternoon rather than days.

In full quality 4k, those numbers are nothing short of gobsmacking. 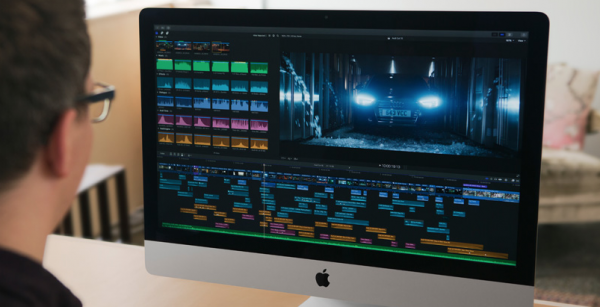 The new version 10.4 of Final Cut Pro X has some important new features for serious pros and is fully optimised for the iMac Pro. In practice everything seems to happen very fast, whether it is generating Proxy and Optimised media or applying effects, I wasn’t able to find anything that really made FCP break a sweat on the iMac Pro. And with the speed of the internal drive, editing 4k was as responsive as SD.

Of course the big question is how it handles the large amounts of heat that this sort of video processing creates. The idea of packing a Xeon workstation into the casing of an iMac seems crazy and although I’ve looked at the cooling system diagrams and still don’t have much idea how they’ve pulled it off. 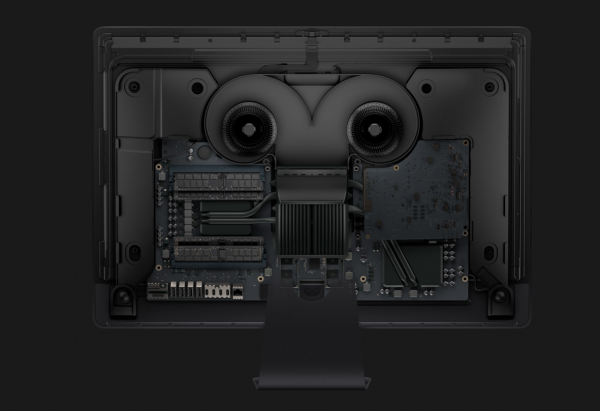 Even with the most processor intensive test renders, I still haven’t heard the dual fans at all. I’m not sure whether this means that they haven’t kicked into high gear yet or that they’re very stealthy. Either way, working from the internal drive means there’s also no spinning disk sounds, so it’s almost eery watching these big, complex test renders go through in absolute silence. 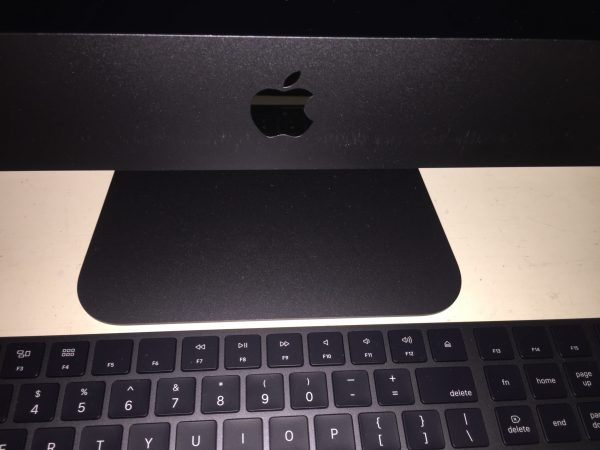 Since the announcement of the iMac Pro it has been the topic of much discussion among film and video professionals and the expectations have certainly been high. With the sort of work that I’m currently doing with intensive processing of 4k moving images it not only delivers on expectations but leaves them well an truly in its dust. Turns out it’s as Pro as it is iMac.

The iMac Pro will be available to order from the 14th December in the US. The base model starts at $4999 USD.