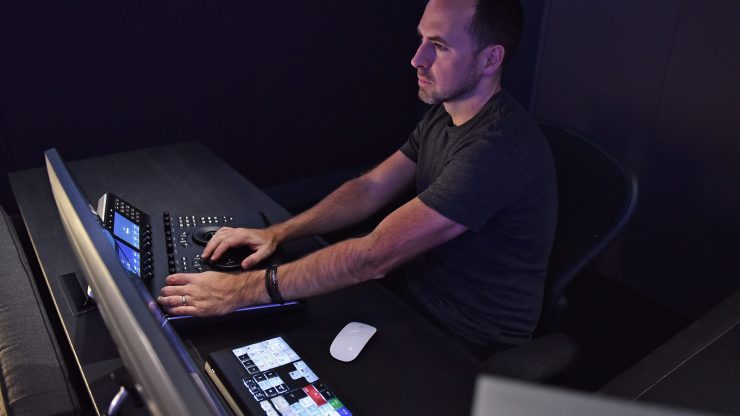 What’s it like filming on the road with Robbie Williams? Hangman Studios’s James Tonkin reveals what it takes to document an international music tour – including delivering full post-production on location.

When you think of a post-production suite, it’s likely you’ll imagine a comfortable chair, dark environment, and perhaps the latest in calibrated grading monitor and workstation tech. For director James Tonkin of Hangman, however, the reality couldn’t have been more different.
For his latest project – which involved documenting the entirety of Robbie Williams’s 2017 Heavy Entertainment tour – a post suite could have been anything from a hotel room in Lithuania to a busy Manchester Piccadilly station, waiting for a train ride to London. 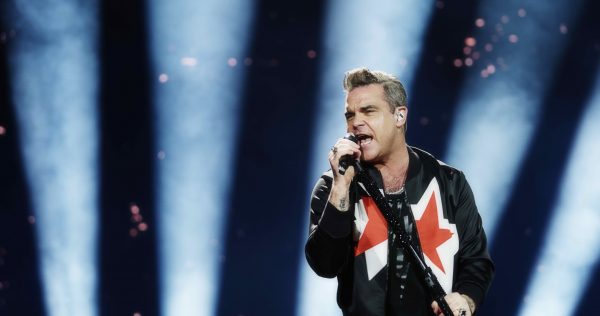 “I’ve worked with Robbie Williams since 2001, and been privileged to see his career evolve over the years,” Tonkin begins. “He’s a fascinating artist to film with: very open on camera and eloquent in talking about anything you throw at him.” 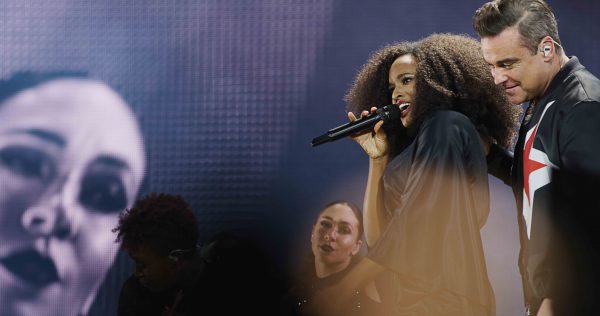 Taking lessons learned from 16 years of working with Williams as well as experience with artists including Pink Floyd guitarist David Gilmore, AC/DC, Rolling Stones, and more, Tonkin needed to document Heavy Entertainment right from early rehearsals through to final shows. 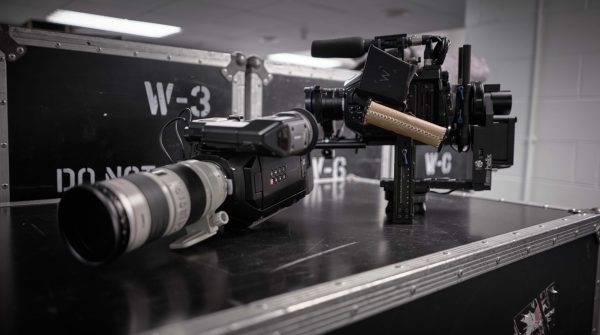 “It was a challenge,” he affirms. “With a crew of just myself and one other person, Hangman needed to cover both the live concerts and more intimate moments backstage moment over the course of three months. By the end of it all, we needed to have content perfect for both social media and a potential wider long-form documentary, so we had to cater our output to either.”

To achieve this, Tonkin explains he needed equipment that was road worthy as well as reliable. “One of the biggest issues with any tour is how much you can take with you when you’re on the road,” he adds. “If something fails while traveling, then there’s little chance or time to pick up a replacement part or get it fixed.”

Then there’s post-production: everything shot while on tour, regardless of the camera used or in which country we were, needs to be organized, reviewed, edited and graded, as well as delivered on location in record time. 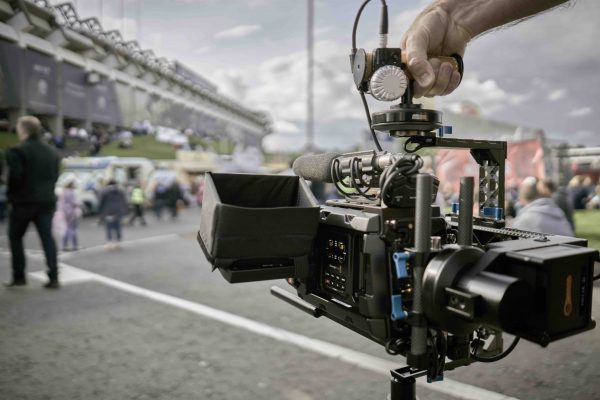 “We ultimately decided to shoot the tour with several different cameras,” Tonkin continues. “A RED Weapon 8K captured live performances alongside URSA Mini Pro and URSA Mini 4.6K. We also used the Blackmagic cameras for handheld shooting and backstage coverage, relying on a custom built gimbal setup. We then had a PD Movie remote to control focus of the lenses, which were either a Laowa 12mm F2.8 or Carl Zeiss ZE 50mm F1.4.”

All the footage was then offloaded into DaVinci Resolve 14 Studio, which was run on two 2012 MacBook Pros as well as a 2013 6-Core Mac Pro, for daily review. “DaVinci Resolve is now as much a part of our production workflow as it is part of our post workflow,” Tonkin reveals. “It can work with almost any codec and resolution that you throw at it, which allows for a lot of flexibility while on location. The performance and speed improvements in version 14 have also made a world of difference: after a while, we stopped bringing the Mac Pro with us all together as the performance with the laptops was proving more than sufficient.” 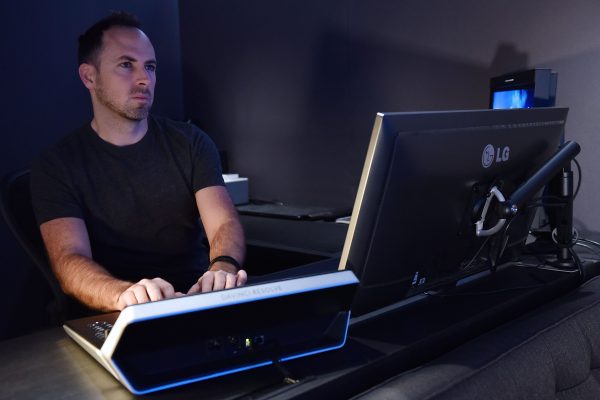 Using Resolve, we applied corrective lookup tables to all of the LOG and RAW rushes shot while also correcting aspect ratios for any anamorphic shot material. “Due to the sheer volume of footage we’d been filming and the terabytes of data we’d accumulated, it was necessary to adopt a proxy workflow for editorial. This meant we could condense down all the rushes on to small portable bus-powered drives but still retain every shot from the three-month tour,” he tells. 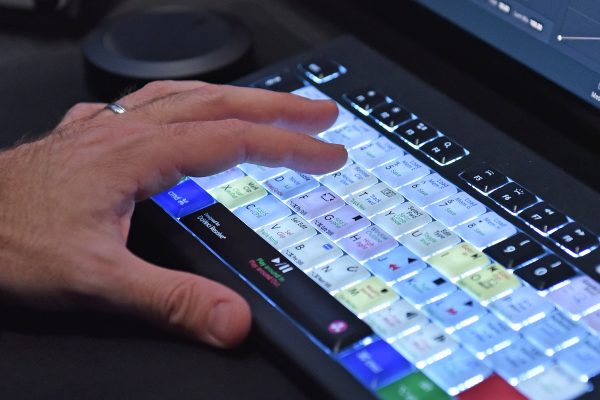 “Using our MacBook Pros, we could proxy footage via Project Manager in Resolve 14 each night in preparation for the following day. Once, while sitting in a train station after a show, I was able to proxy ten minutes of RED 8K and 5K footage on my laptop into 1080p H.264 files to upload via 4G back to the edit room so that we could complete an edit deadline. Even though we had to rely on a five-year-old laptop, handling 8K RED footage was still achievable because of the improvements in file handling with Resolve 14 and options in the software to change the RED debayering.” 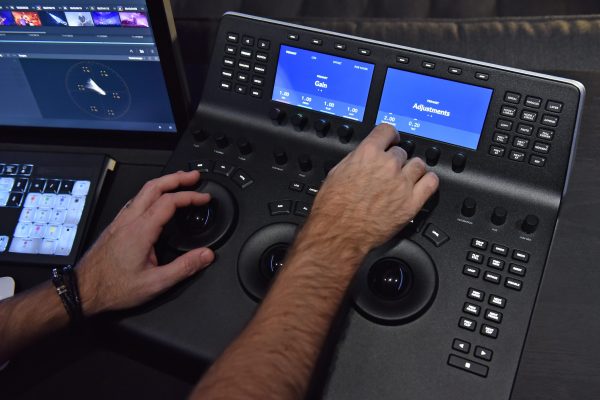 “As someone who always believes that computer hardware shouldn’t get in the way of new formats and shooting at higher resolutions, I was so impressed to see just how amazing Resolve 14 worked, even on our older laptops,” Tonkin concludes. “This is precisely what software should be, a tool to enable creativity and solutions regardless of where you are and what you’re running it on.

Between Resolve and our cameras, throughout the tour, I felt like we had all the equipment we needed to help us capture the best cinematic images we could get, while also never compromising on how quickly we could work and travel.”