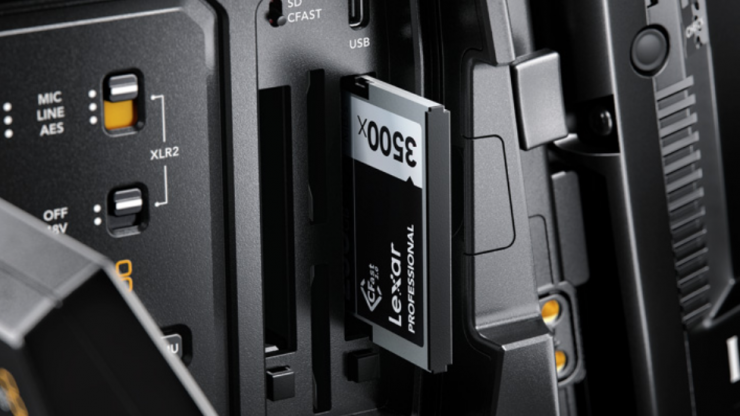 Why should you use manufacturer-recommended recording media? Well to put it bluntly, because it has been thoroughly tested by the manufacturer whose device it’s to be used in.

I always scratch my head and wonder why so many people choose to use the cheapest recording media they can find. At the end of the day the media you use has all your hard work on it. It really is a ‘false economy’ to spend $10k on a camera and then use a cheap, non-recommended media card, all for the sake of saving yourself a few dollars up-front. 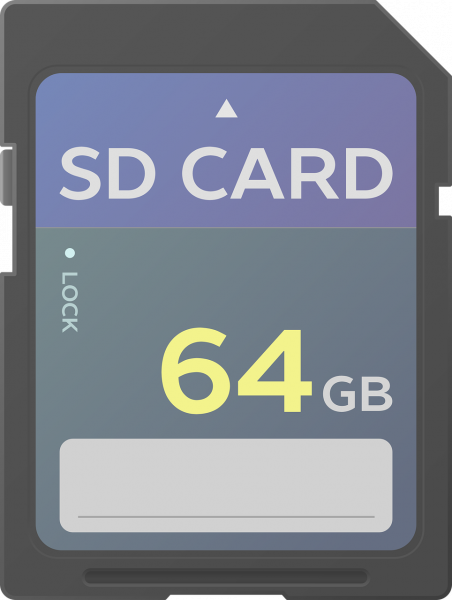 Of course it’s not really an issue if you are just doing your own projects, but if you are working professionally where someone is paying you money, is it really worth risking a non-tested card? The reason manufacturers usually give a list of approved media cards that will work in their devices isn’t because they want to take extra money out of your pocket – but rather because they have rigorously tested them to make sure they work correctly. 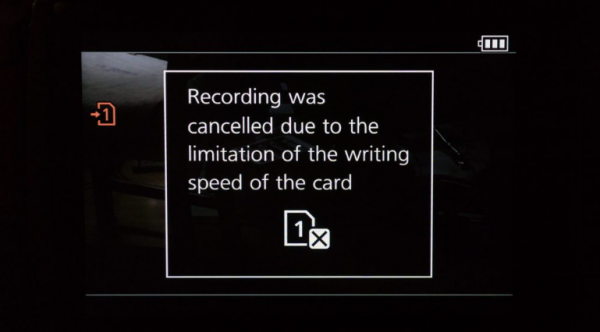 In a lot of cases you may well never see a problem when recording with non-approved media, but if you do, what are you going to tell your paying client? Often the only time you will see problems with non-approved media is when you are recording high frame rates or using data-intensive codecs. For example you may not see any problems when shooting in HD 24p, but if you start shooting in 4K at 60p your card may not be up to the task. 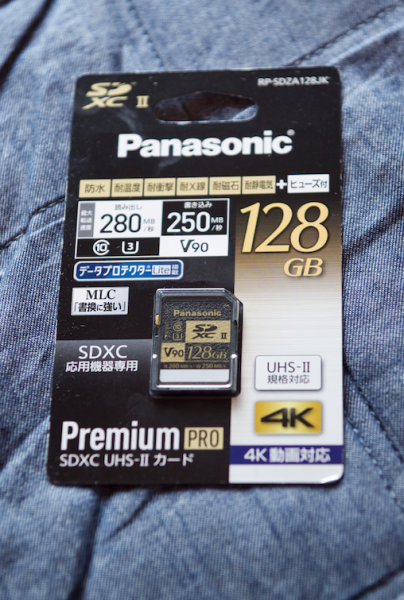 This is very much the case with cameras such as the Panasonic GH5. V2.0 firmware which was only just released recently has added the ability to record 4:2:2, 10-bit ALL-Intra 400 Mbps, as well as High Resolution Anamorphic Modes. Panasonic advises that you need to use a card rated at Video Speed Class 60 or higher to record C4K/4K ALL-Intra motion pictures (400 Mbps). Operation has been confirmed with a Panasonic card rated at Video Speed Class 90.

While the existing cards you have been using work perfectly well for the normal recording modes, if you try and use them to record ALL-Intra 400 Mbps or for the new high-resolution anamorphic modes you are going to run into problems. Certain non-approved cards may well work for a certain period of time, but eventually it’s likely that your recordings will be compromised. 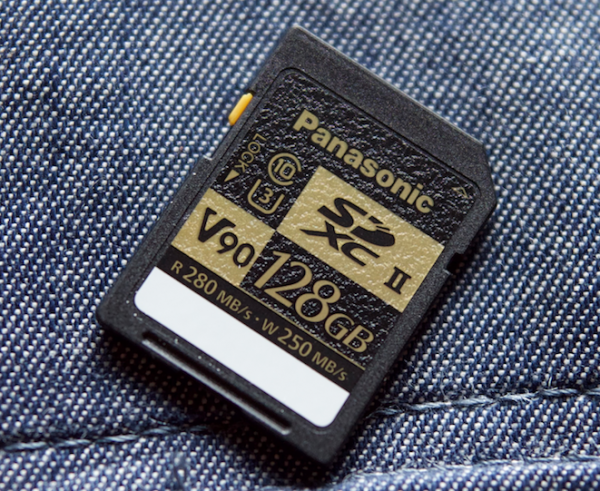 The problem with any sort of new media, such as the V60 or V90 SD cards, is that they aren’t currently easy to find, and they are a lot more expensive than most of the SD cards we are use to using. The temptation is to use a card you already have and think “well hey, I tested it and it seems to work okay”. Again, if you are working professionally this is a very unprofessional approach and one that could come back to seriously bite you on the hand.

None of these cards are approved, but in testing they seem to work. However, is it worth the risk to use a card that isn’t recommended by the manufacturer? My advice would be no. There is no way I am going to spend a lot of time and effort creating content for which someone is paying me, only to record onto a cheaper form of media that hasn’t been approved. I’m not going to do myself any favours by saving a few dollars on media only to have them fail at a crucial time.

But aren’t all media cards the same? 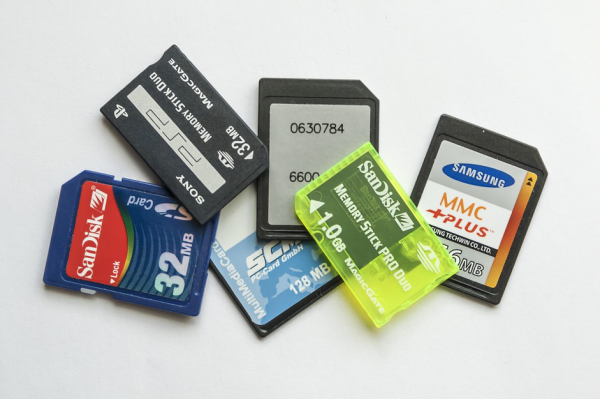 A $10 SD card from your local convenience store will often give you the same results as using the latest generation cards from big name brands such as SanDisk or Lexar. So why pay the extra money? Well the difference between a cheap card and a more expensive one is often when it comes down to read/write speeds, reliability, materials used, backup safety, and data recovery. It’s important to research what memory card you should be buying very carefully. Often some brands that you have never heard of have very misleading labels on their products, particularly when it comes to read/write speeds. There is a big difference between maximum read/write speed and sustained read/write speeds.

So what do all the letters and numbers on cards actually mean?

You will notice that certain types of media cards have some sort of speed written on them, for example 120x, 300x. This is a cards ‘Commercial x rating’. It may well seem like an antiquated calculation, but 1x is the equivalent of the speed of an original CD-ROM (150 KB/sec). A newer system is the Class Rating. The SD Association established standards that rate the minimum data transfer in SD, SDHC, SDXC, SDHC UHS-I and SDXC UHS-I memory cards and devices. The speed rates were established based on the needs of movie and video companies because video recording requires certain writing speeds when recording the data onto a memory card. The SD Speed Class and UHS Speed Class standardised the specification for both memory cards and devices in order to guarantee minimum writing speeds and deliver the best performance.

There are three kinds of Speed Classes: “Speed Class”, “UHS Speed Class” and “Video Speed Class.” As a characteristic of flash memory, actual transfer speed varies. Variable speeds are difficult to reliably record streaming content such as video because it requires a constant writing speed. Speed Class and UHS Speed Class provide the constant speed necessary for video recording by designating a minimum writing performance so that minimum and constant speed could be achieved for camcorders, video recorders and other devices with video recording capabilities under the conditional write operation specified in the standard. The newest Video Speed Class can not only record high-data rates, but they are also capable of recording multi-files. This is very handy when using 360, VR, action cameras and drones that can record data and other information such as GPS data etc. 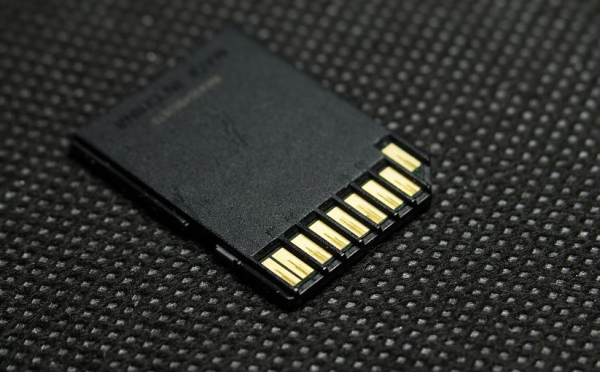 You wouldn’t plug a 240v light into a 110v socket, so why would you use a media card that isn’t rated to be used in your camera. Recording media is the last place where you want to be cheap. Remember it’s the card that ultimately holds everything you have created. It really isn’t worth using the wrong card, because media cards will usually outlive your camera. There is no point trying to save a few bucks and potentially end up with missing, corrupted or unusable footage. That’s not to say this won’t happen with any card, even the expensive ones, but it certainly is a lot less likely.

What cards do you use? have you been guilty of using the wrong media? Do you have any horror stories of using cheap media and losing footage? Let us know in the comments section below.

Please note that we don’t have a commercial relationship with any media/storage companies, we just genuinely care about you guys using the right gear to get the best results! We’ve even gone to considerable effort to list approved media for popular cameras below so you don’t have to Google it!

The following CFast 2.0 cards are recommended for 4K ProRes 422 HQ up to 60 fps but have been discontinued by the manufacturer.