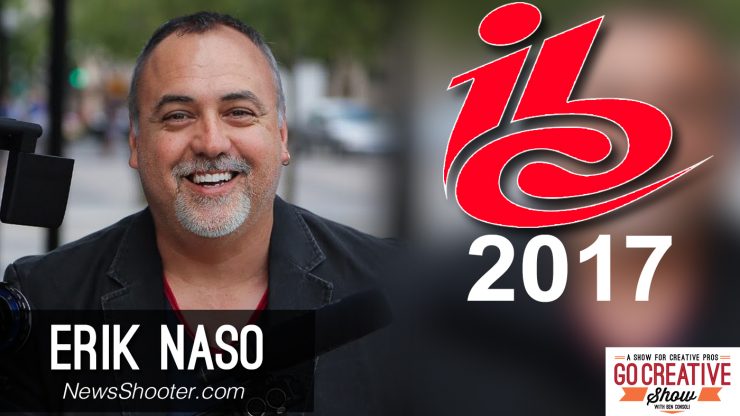 On this weeks Go Creative Show Podcast, our own Erik Naso talks to host Ben Concoli about all the latest news and announcements from IBC 2017 including the Sony Venice and Panasonic EVA 1. They also discuss the recent unveiling of the GoPro HERO6 and Fusion.

The Newsshooter team were hard at work on the IBC show floor bringing you all the latest news and announcements. We produced around 50 videos, which were all edited, written, and posted before the end of the show. Erik and Ben don’t cover everything we saw, so be sure to check back through our articles for those items not mentioned on the podcast.

You can listen to the full episode above

What was your favorite item from IBC 2017? Let us know in the comments section below.