The Aputure LS 300D (5500K Color Temperature) looks to be a big hit. At NAB 2017 Newshooter gave it a show award for Best New Lighting product.

The LS 300D is now shipping to retailers from Aputure’s warehouse and will be in stores in the next week retailing for $1099. I just received one for review and will do all my own testing for output and color quality so stay tuned for that!

One of the features that makes the LS 300d such an anticipated new fixture is the high output it has at an affordable price. The light is rated at approximately 2K output while drawing only 300 watts of power plus it can run off two higher output broadcast type V-lock or Gold Mount batteries.  That’s a bright portable fixture. You will need a 12 amp battery with a minimum of 190WH.

This fixture is creeping into the HMI world especially since it’s daylight. Hopefully it will be usable for a nice key or fill when shooting outside. For color Aputure has it rated at a CRI of 95+ with a TLCI rating of 96+.

All the Bowens mount accessories will work such as the fresnel lens and Aputure’s Light Dome and Mini Dome soft boxes. The remote will also work with existing Aputure lights so you can control them with only one remote. 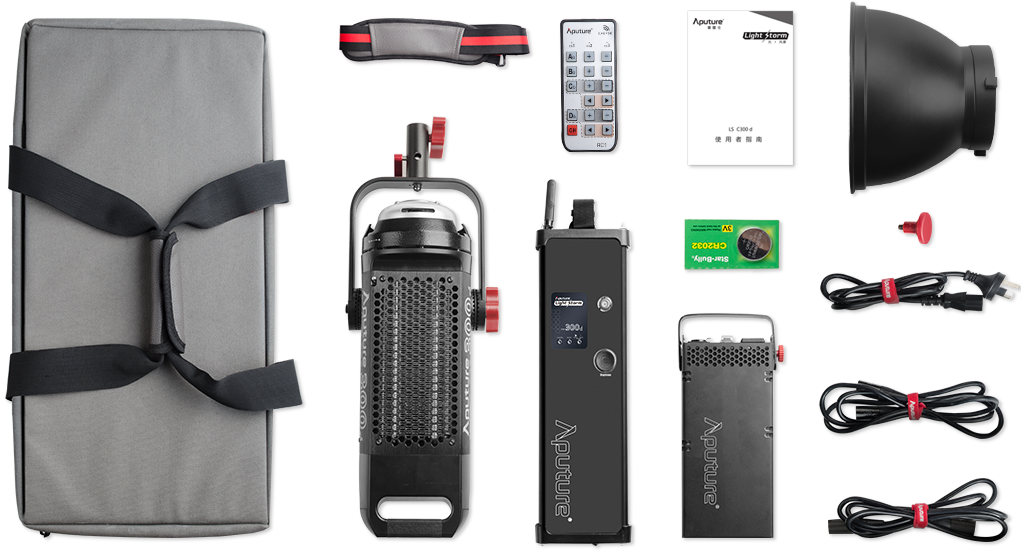 The fans used in the 300d are the same silent smart fans that the 120d uses, just doubled over. To prevent the audio from stacking Aputure adjusted the speed of the fans to spin at different rotations. This ensures that the pitch of the two fans won’t stack. “Sounds” like a good idea.

One thing I like about Aputure is they work hard to innovate products with the budget filmmaker in mind. The new products are getting better while keeping in line with this philosophy. I’ll have a review up as soon as I’ve had some hands on time with the LS 300D. What do you think? is the LS 300D a light you want to add to your lighting arsenal? Let’s talk in the comments section below.