Quasar Science has teamed up with Matthews Studio Equipment to create a nice rigging support system for the popular Q-LED Linear Lamps. By using the Matthews MyWayPlate Linear LED Mounting System you can mount 1, 2 or 4 Q-LED Linear Lamps on a single stand. 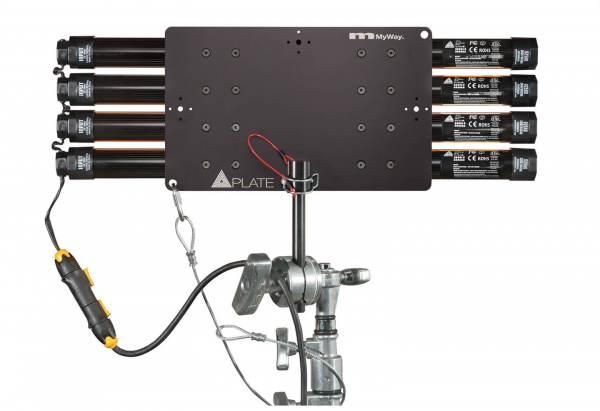 LED tube lamps are becoming increasingly popular in the lighting world, but their long, thin footprint makes them difficult to mount. Up until now, a lot of people were rigging them using random clamps, tape, zip ties or other hardware not designed for the application. Traditional clamps can damage the lamps and are awkward to use. You could put them in a large shell housing (similar to how Kino Flo tubes are mounted), but this is cumbersome, and sort of defeats the purpose of using an LED tube light in the first place. 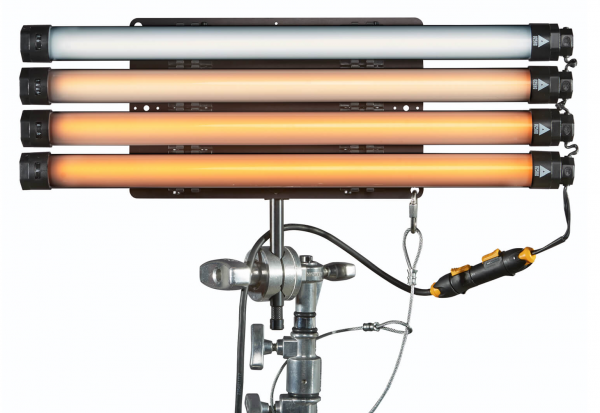 The new MSE MyWayPlate Linear LED Mounting System allows the user to rig mounting plates in any configuration they need, quickly and most importantly, safely. Mounting options are almost endless if you combine the MyWayPlate with MyWayGrip accessories, such as the 90° Baby Pin to the advanced MSE InfinityArm. 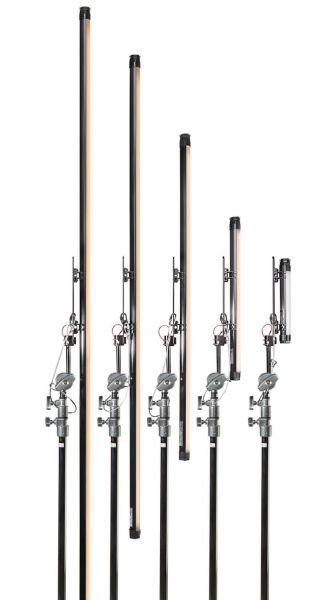 It doesn’t matter whether you are using a short Q15 1′ lamp or the super long 8′ Q100, you simply snap the lamps in and you’re set. With the MyWayGrip accessories you can create just about any configuration you like, as well as arrange the lights in multiple directions if need be. 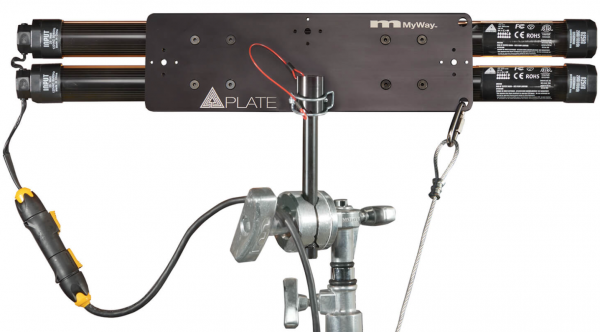 This new mounting solution from Matthews looks very versatile and easy to use. It may well entice me into having a closer look at LED tube lights.

Do you use LED tube lights? What mounting solution do you currently use? Let us know in the comments section below.