3×1 is certainly an interesting size, but it looks like it could be a good light for when you need to illuminate people from head to toe. The fixture seems to be relatively low weight when you compare it to other conventional 2×1 LED panel lights on the market.

The light being shown was still a prototype and the final unit will not have the power supply attached to the back of the light.

Plug-in power only (for now) 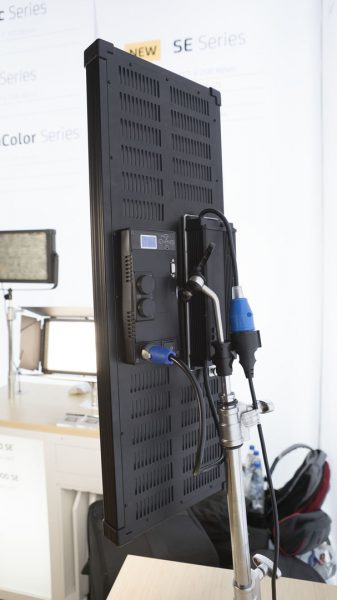 The 3×1 draws 270W so you can’t run it off camera batteries. F&V are developing their own DC power solution so you will be able to power the light remotely in the field. 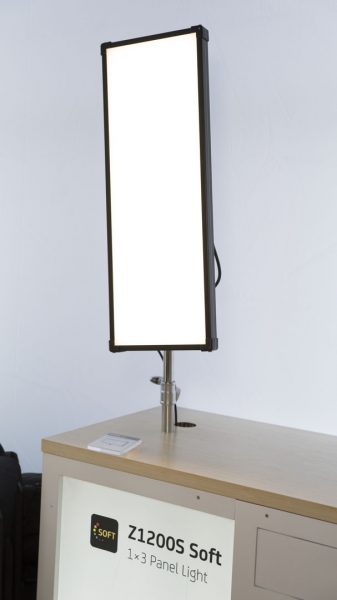 The light will be available in around two-three months’ time and the expected price will be around €2,000.