DoPchoice were showing new versions of their DoPchoice SNAPBOX soft box for flex, tube, mat, and light-tile style LED fixtures. The new rectangular SNAPBOX has been designed to be quick to set up and attach over standard frames to soften the light emitted from multi-point LEDs. 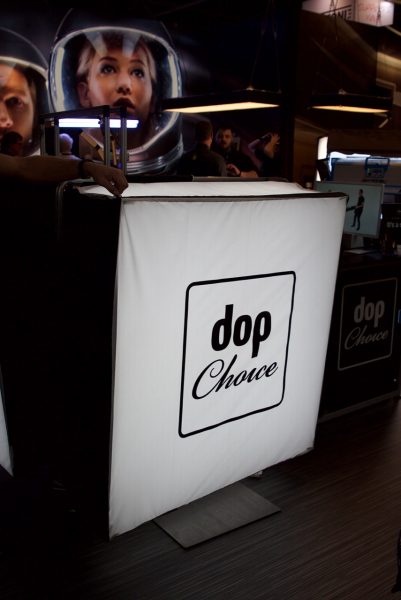 Flexible LED panels and light tiles are becoming more popular due to their portability, size and low power draw. Traditional 1×1 style LED panels have a multitude of soft boxes to choose from, but options for flexible and tile style lights have been far and few between. A lot of shooters have come up with DIY solutions, but often these are fiddly and time consuming. 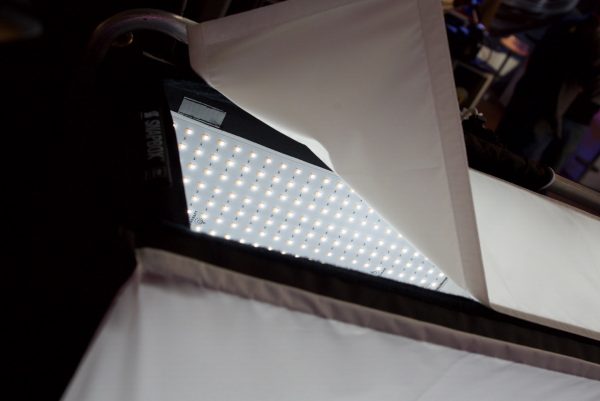 The DoPchoice SNAPBOX quickly unfolds and deploys into a rectangular box without you needing to assemble it. The front and sides feature hook & loop attachments for diffusion fabrics. The front diffusion panels are made of Magic Cloth that stretches across the rectangular front. 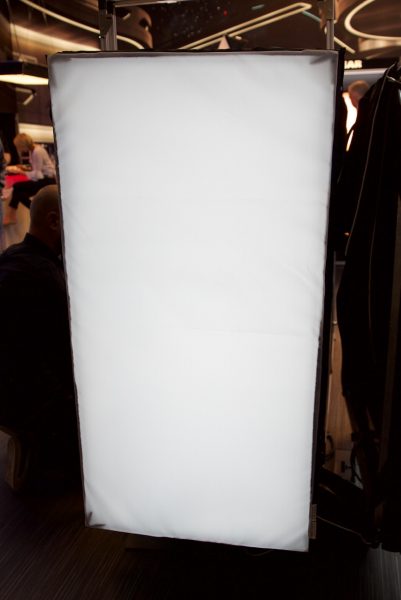 The softboxes come with two sets of interchangeable side panels. One is made of Magic Cloth to provide ambient light and the second is an opaque black/metallic fabric with a reflective layer on the inside to amplify light and a black layer that cuts all spill. 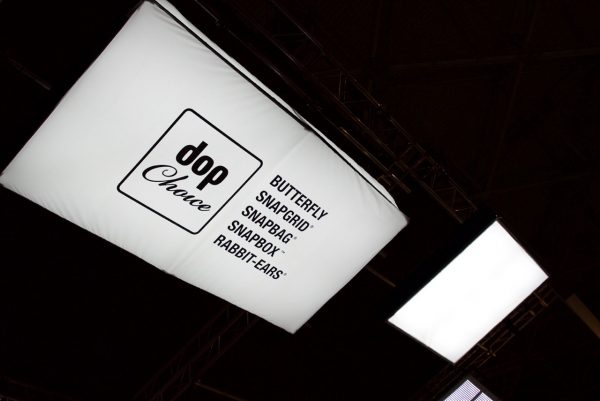 The SNAPBOX is available in three different set-up sizes to fit a variety of brands including: LiteGear, Aladdin, BB&S, Cineroid, Fomex and more.