Blackmagic DaVinci Resolve 14 is out of beta and is now available to download as a full release from the Blackmagic Design website for Mac, Windows and Linux. 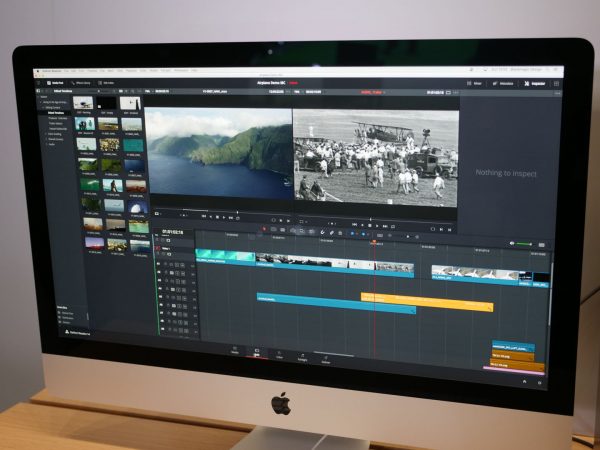 The rewrite for v14 has resulted in a faster, more stable app: Blackmagic say up to ten times faster than before on most hardware. New collaborative workflow features allow users to share media on a closed network and message each other to co-ordinate work.

Fairlight audio has been integrated into the package, meaning Resolve is now a credible option to edit, colour correct and finish audio without roundtripping out. There’s still work to be done – Fairlight has been around for 25 years – so expect to see more work on this from Blackmagic in future updates.

Interestingly Blackmagic say that including more NLE features in their own software actually makes is easier and better to send and receive data to and from other systems.

New for the colour correction side is a range of trackers and facial recognition options that are aimed at making tasks like brightening eyes the work of a few clicks rather than days of punishingly repetitive work.

The full Studio version of the software has been reduced in price to $299 US but there’s still a free trial to download so you can kick the tyres and see if Resolve is for you.

There are also lots of options for keyboard shortcuts so if you’re used to using another package you don’t have to retrain your muscle memory to new keystrokes.