SteadyGum was designed specifically to reduce the chance of injuries when using large ENG shoulder mounted cameras. The weight and weight distribution of having a ENG camera on your shoulder over many years can lead to serious neck and shoulder problems.

SteadyGum takes some of the weight off your shoulder and distributes it more evenly. It also helps transfer the weight down to your hips in much the same way as using a Steadicam. Apart from the ergonomic benefits of the SteadyGum, it also allows for more stability when shooting handheld. 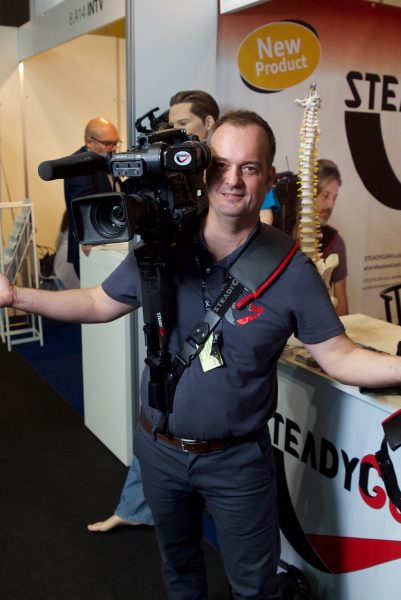 The product consists of a small plate that locks into the front of the VCT-14 wedge on a broadcast ENG camera, a small monopod-esque pole, and a shoulder strap pouch system with a holder for the pole. 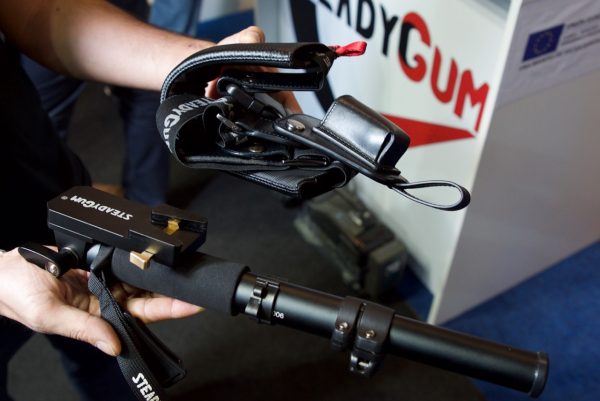 I was skeptical when I first saw the product, but after trying it out I found that it actually works pretty well. It certainly makes handheld shooting a lot easier. 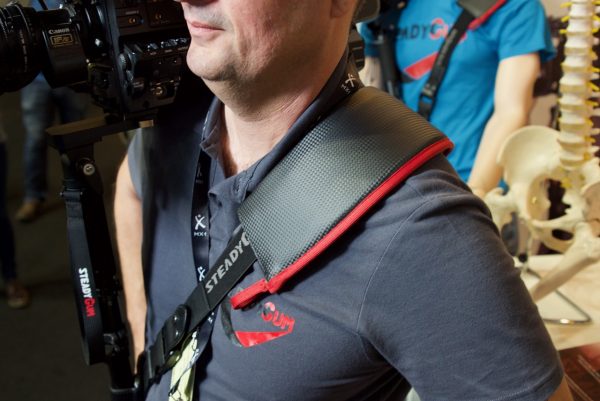 But while your back may thank you, your wallet may not. The SteadyGum is available for an introductory price of €1,595, which seems rather expensive for what you actually get. On the other hand it could well be a small price to pay upfront compared to the cost of medical bills for serious neck and back problems in the future.