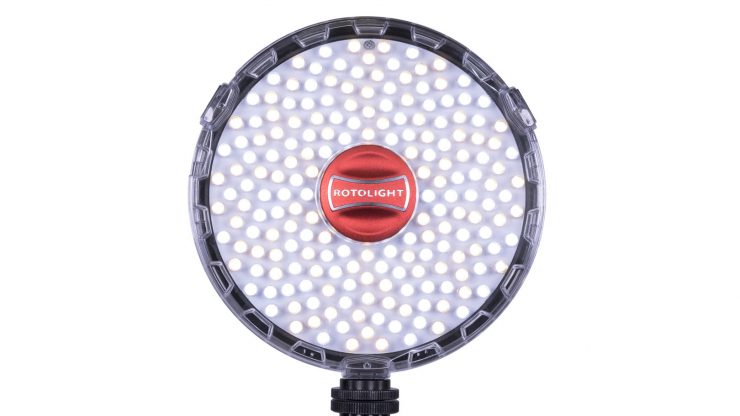 The Rotolight NEO2 is an on-camera LED light that also features some clever flash-mimicking tech that makes it usable as a strobe for stills work as well as a continuous light for video.

The NEO 2 offers shutter sync down to 1/8000 sec, which is, well, pretty fast. You can use it as a modelling light when you’re setting up your shot and then take advantage of a 500% increase in light output when used as a flash.

Photographer Jason Lanier has tested the NEO 2 with a Sony A6500 and reports “I tested NEO 2 on a Sony A6500 at 11 frames per second. It fired every single time. There’s genuinely no recycle time, no light loss, no power loss.”

The NEO 2 features electronically adjustable colour temperature in both flash and continuous modes, with a built in Kelvin display. It runs off AA batteries and Rotolight claim an impressive 85,000 flashes off a single set. No word on how that might translate into run time when used in continuous mode though.

The NEO 2 also incorporates Elinchrom’s Skyport 2.4Ghz HSS wireless flash technology. This means you won’t have to buy a separate receiver and (assuming you’ve bought into an Elinchrom system) the NEO 2 will be compatible with the rest of your flash gear.

Rotolight’s new HSS transmitter (seen above) uses Elinchrom’s Skyport protocol to allow you to control up to 10 lights in four groups, with a claimed distance of up to 200m (656ft). At launch the system will be compatible with Canon, Nikon, Sony, Olympus and Panasonic systems, with Fuji support planned ‘shortly.’ As well as the NEO 2 light the system will also control other Skyport-compatible devices.

The NEO 2 will be available as a single light (with a belt pouch, accessory shoe, power supply and four-piece filter pack) or in a three-light kit that includes a hard case. No word on exact pricing or availability at the time of writing, though we’ll update this piece when we have more information.

Tempted to replace your on-camera light? Would you make use of the strobe-like abilities of the NEO 2 as well as the continuous output? Let us know in the comments below.