The Arri Alexa Mini and Amira are great cameras and unlike the full sized Alexa they have been designed so that the camera mount can be swapped over by the user. Arri makes PL, Canon EF, and B4 lens mounts, but they don’t offer a Nikon mount. This is where Polish company C7 Adapters comes in. C7 Adapters has a Nikon G camera mount that lets you put any Nikon mount lens onto your Amira or Alexa Mini. 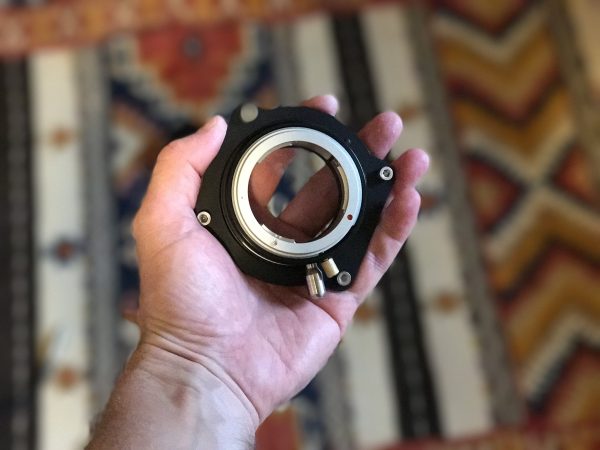 In my opinion if I’m going to put a stills lens on an Arri, I would prefer to use a lens where I can manually control the aperture. In a lot of cases using Canon EF lenses can be a real pain if you need to do aperture adjustments in the middle of shots. This is because the iris cannot be made to move smoothly, it only goes up or down in little increments.

The beauty of using a lot of Nikon lenses is that they have a manual iris, and this is relatively easy to de-click. Yes, most Nikon mount lenses don’t focus in the same direction as a Canon EF or PL-mount lens, but you get full manual aperture control that can be done smoothly.

The C7 Adapters Nikon G Mount is a great alternative to using a Canon EF mount if you want to use small, compact and lightweight stills lenses on your Amira or Alexa Mini. 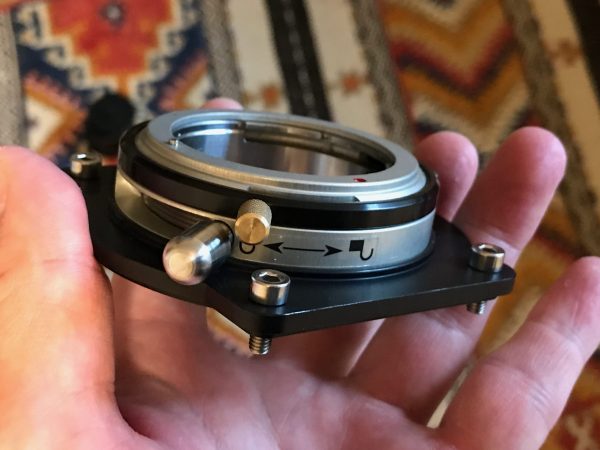 The C7 Adapters Nikon G mount is beautifully machined and well made. The quality and fit is so good that you could easily mistake for an actual Arri product. The adapter is made out of aircraft grade alloy and it has a black/silver anodised finish. 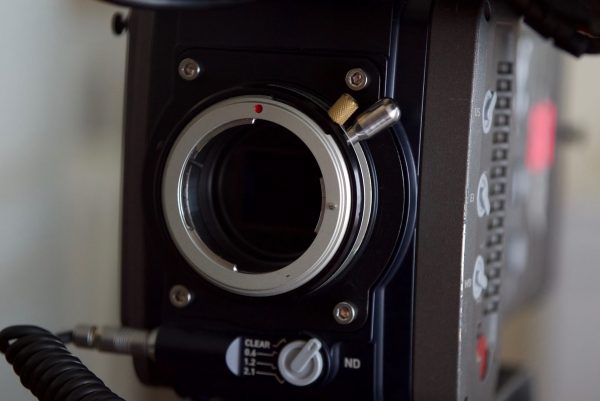 Swapping over the lens mount on an Amira or Alexa Mini is a really quick process and takes less than five minutes. All you need to do is undo the four screws with an Allen key and remove the PL/EF/B4 mount, and then line up the C7 Adapters mount and tighten up the screws. It’s that simple.

The lens mount features a positive lock mechanism to eliminate any play between the mount and the lens bayonet. This works really well and no matter what Nikon mount lens I put on the mount I didn’t have a single problem. The positive lock mechanism also makes it really quick to put a lens on, as all you do is line up the lens and then pull down on the locking mechanism. This gives you an ultra tight connection and you don’t get any of that nasty lens wobble that you find on most adapters.

If you wan’t to use newer Nikon G lenses or other Nikon mount lenses that don’t have a manual aperture, the C7 Adapters mount has a little lever that lets you control the iris. I found this was really smooth to use and you can even do nice subtle iris adjustments. The aperture lever on the Nikon adapter can also be locked, by rotating the lever like a bolt.

Use any Nikon mount lens

It doesn’t matter if you want to use a 60 year old lens or a brand new one, this mount will work with just about any Nikon mount lens you can find. It supports AI, AI-S, non-AI, G, DX lenses from Nikon, as well as most other Nikon mount lenses. I tried the lens mount with very old Nikkor glass, Zeiss ZF2’s, a Nikon 80-200mmm f/2.8, a Nikon 300m f/2.8, a Nikon 1.6x extender, a Tokina 11-16mm T2.8 and even a Lens Baby. All the lenses worked perfectly and I could focus to infinity. C7 says that their lens mounts are built to a tolerance of 0.002mm. The lens mount also has a shimmable flange where you can use shims if you need to make any adjustments.

The only other Nikon mounts that I know of that are available for the Arri Alexa Mini and Amira are made by Optitek and P+S Technik. The Optitek also features a positive locking mechanism and aperture control, as well as an iris ring with pitched gears. It retails for $995 US. The P+S Technik mount is mechanical only and doesn’t feature any type of manual iris control. It retails for €800 ex-VAT.

Usually anything to do wth Arri isn’t cheap, but the C7 Adapters Nikon G camera mount costs $648 US which is a lot less than what Arri charges for its camera mounts, and a lot less than the competing products from Optitek and P+S Technik. C7 also makes a PL mount ($600 US), Panavision mount ($600 US), Canon EF ($500 US), Canon FD/FL ($450 US),Leica R mount ($560 US), BNCR Mount ($600 US), and a OCT-19 mount ($550 US) for the Arri Amira and Alexa Mini. The Canon EF mount is mechanical only and doesn’t have electronic connections. It does however, have an iris lever so you can adjust the aperture of EF lenses.

It is great to be able to use Nikon lenses on an Amira or Alexa Mini. Not only is there a wealth of lenses available, but you can also find some really good cheap Nikon glass. The opens up the possibility of using anything from vintage to modern glass depending on the look you are after. The C7 Adapters Nikon G camera mount is not only beautifully made, but also rock solid to use and operate. It also costs a lot less than its competition. If you want to use Nikon glass on your Amira or Alexa Mini then there is no better option than the C7 Adapters Camera Mount.