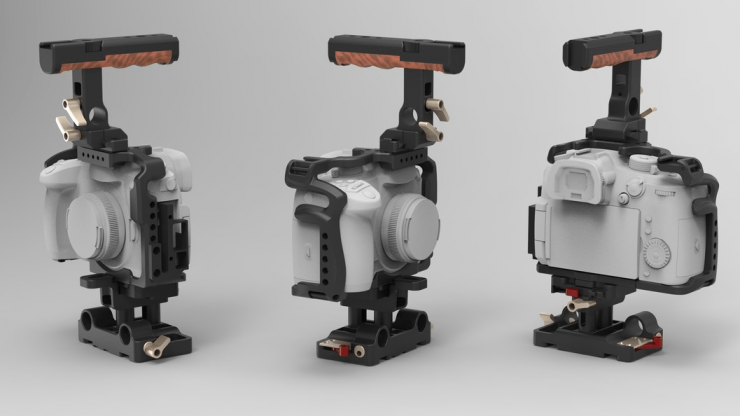 Movcam’s new GH5 cage, due out next month, looks to be well thought out, and most importantly, accommodates the DMW-XLR1 XLR microphone adapter.

We first saw a version of the Movcam GH5 cage at NAB, but since that time the design has evolved. The changes include a different top handle which now features a wooden trim as well as two cold shoe mounts which will definitely make it a lot easier to mount both a radio mic receiver and on-camera microphone without getting in the way of the XLR inputs if you use the DMW-XLR1 unit.

The Movcam GH5 cage kit will come with the cage, top handle, riser with 15mm rod insert, and a more streamlined HDMI port protector. The cage is scheduled to start shipping in mid June for a manufacturer suggested price of $230 US. 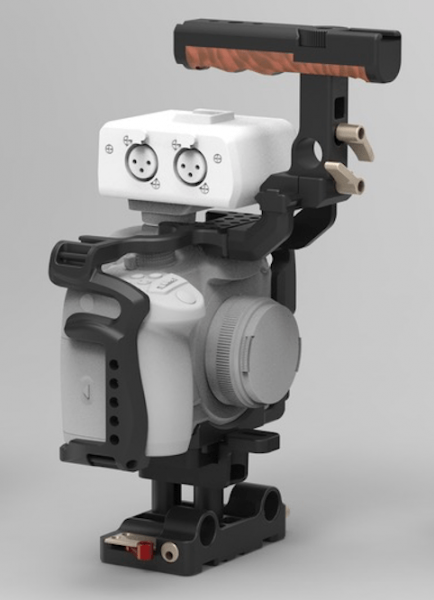 What do you think about Movcam’s new GH5 cage? Let us know in the comments below.