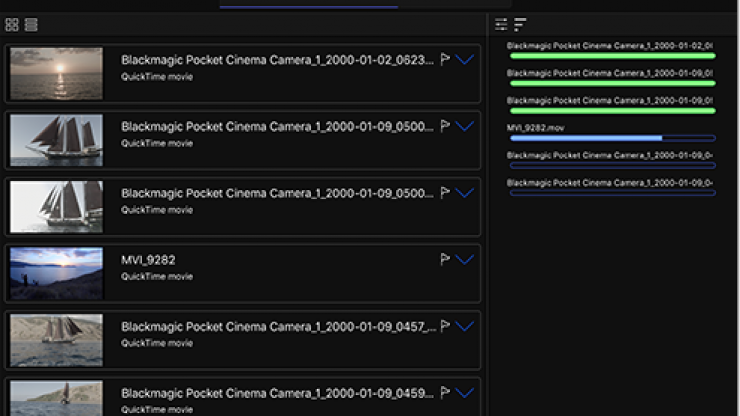 The GH5 is proving to be a very nice camera with a lot of horsepower. 10bit internal recording is a great option to have but, those 10bit files are not user friendly yet on a Mac computer using Premiere Pro. Here is where you FCP X editors can gloat! You folks can edit GH5 footage with no issues. Us Premiere Pro editors can’t edit any of the 10bit files at all. When imported, Premiere Pro sees them as audio files. I’ve tried Adobe Media Encoder as well to transcode to another format with no luck.

EditReady 2 to the rescue

EditReady is a transcoding/rewrapping software I’ve owned for a while now. It does a great job doing what it does: transcoding. Unfortunately the V1 of the software doesn’t work with the 10bit GH5 files. You will need to upgrade to the newest version. The new 2.0 version transcodes those pesky GH5 10bit files with ease so you can get to editing. Upgrade price is $19.99 US. Full version is $49 US.

No-one wants to wait for long transcodes. It’s the single most time consuming thing if you have a big shoot with lots of media. EditReady shaved off a minute over Media Encoder, tested with a 7.5 minute clip. This adds up if you have an hour of media.

EditReady works with more than just GH5 footage. Some codecs from cameras are heavily compressed and are just hard on your computer to edit. Transcoding will make editing easier with less rendering. It’s worth considering transcoding if you’re using footage from: 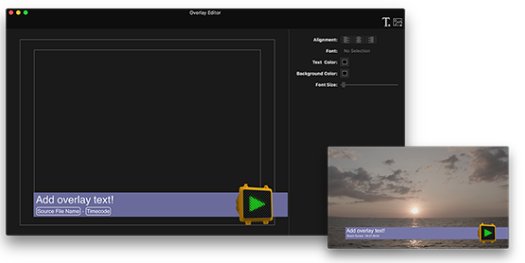 Another new feature is the adding overlays to the media on top of your video. You can import images with alpha channels to add bugs or watermarks or layout custom formatted text, including metadata values from the source media. This means you can use the overlay tool to burn-in timecode, reelnames, shoot dates and media names. Useful if you’re handing off footage to other members of the team who will all need consistent reference points if they’re reviewing footage.

EditReady can also be used as a player. It has LUT support to preview Log media, or to check what you’ve shot and see how it would look with a specific treatment in post.

All in all a very handy piece of software that is super easy to use. The interface is very clean and simple. If you just don’t want to wait for Adobe to add GH5 10bit support, EditReady 2 is a good option and for me will be my go to for transcoding any of those pesky camera formats. To learn more about EditReady 2 and other software from Divergent Media, check their site out.