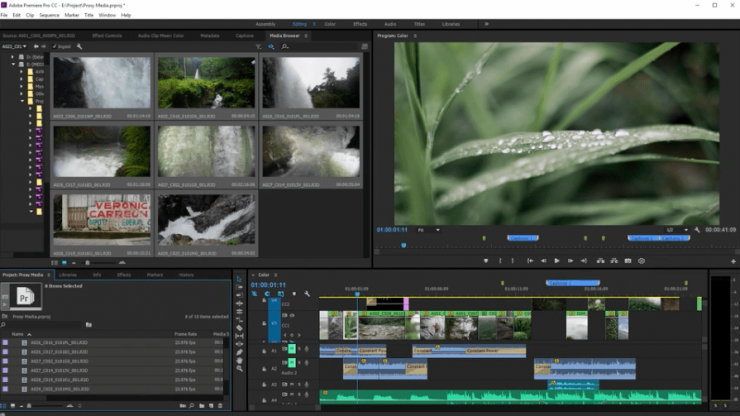 It seems that some users of Adobe Premiere Pro who have updated to version 2017.1 have found a problem where media files have completely disappeared, and in some cases, been deleted permanently. 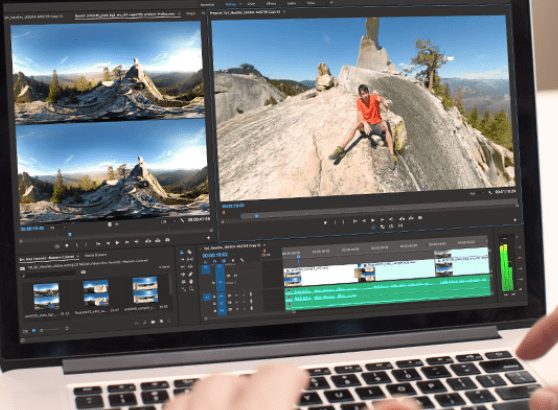 This is from leebergtally on the Adobe forum
This may be a coincidence, but it’s a mighty big one at that. I upgraded this afternoon and opened my most recent project. I went through the new features and then looked into the Preferences to see if there was anything new. Arriving at the Media Cache tab I decided click on “clean unused” Media Cache Database. That’s something I’ve done in previous versions. Then I closed the open project and opened another I had finished last week. Surprise, all media files were missing. I checked the original file’s directory. All of the root and subfolders were intact. However, when I looked in the clip folder all of the .MXF files were gone, leaving just the .xmp and .XML. Every folder, in every project that was shot in AVCHD or XAVC (except for the one that was initially open) was missing the media files. Not only that, but I found FCP 7 Capture scratch folders emptied except for the autosave vault. There were other media files missing as well including mp4 exports, and some but not all .mov exports from every project. Also missing from a folder are .img files containing DVD images. Unexplainably, some ProRes files recorded on Atomos were untouched, as well as other’s that were transcodes from XAVC to ProRes.

I contacted Adobe Support via chat. The agent told me that it was not possible for the “clean unused” function to cause all the deletions. You can specify the media cache directory to be cleaned and in my case it was definitely not the root of the drive, nor any of the media folders. He said that nobody has reported this issue so far.

All of my media is on a two drive RAID and that was the only drive affected. The good news is that all of my media is backed up, sometimes twice for the most important clients. Of course restoring all that media will take hours. Before I do that I’m running a file restoration program (that also takes hours).

Finally, the “clean unused” command may have nothing to do with it, but the fact that no media was deleted from the open project is suspicious. 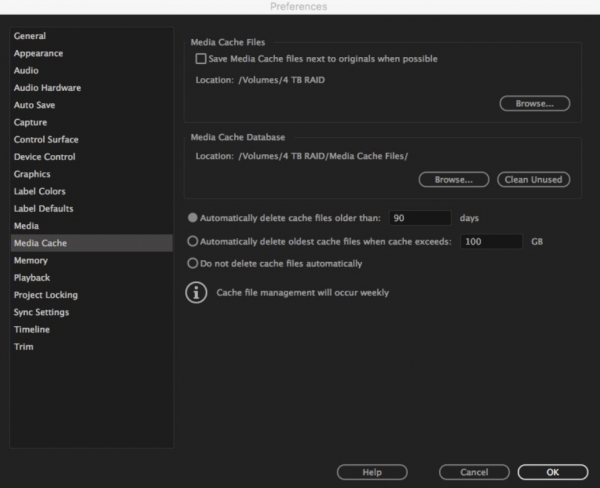 This is not an isolated incident

While this was the first report of this problem, other users quickly came forward saying that they had encountered a similar thing.

Another user on the form posted: This sounds a lot like the issue I have been trying to figure out. I have been working for 2 years on a major feature documentary. We had 14.5TB of footage with no issues. Last week I added 400GB of new footage the way I always do (copy media from external hard drive to the 24TB Promise Pegasus RAID. After the transfer was complete, I opened up the premiere project and 8,162 files were missing. I went looking for them to reconnect (maybe they were accidentally moved somehow???). 10 TB of data was missing. And it was very randomly selected. And it most definitely was not all over 90 days old, but the more I read of this thread the more it sounds like the automatic cache clearing happened to me. What I can’t understand for the life of me is…
1. Why did actual media get deleted in addition to cache files?
2. Why was it so randomized?
3. Where did it go? Why didn’t it go into a trash bin or some other retrievable area first?
4. Why was I not notified by the system that this was occuring or about to occur?
5. How does 10 terabytes of data disappear instantly? It should have taken hours to move or delete this information, right?

I have backups of the media, but not some of the documents. This is a MAJOR issue for the workflow of this film, and I am now concerned it will happen again to this project or others. I’m pissed off that this glitch has occurred. I called adobe and they refused to accept the possibility that Premiere caused the purge. 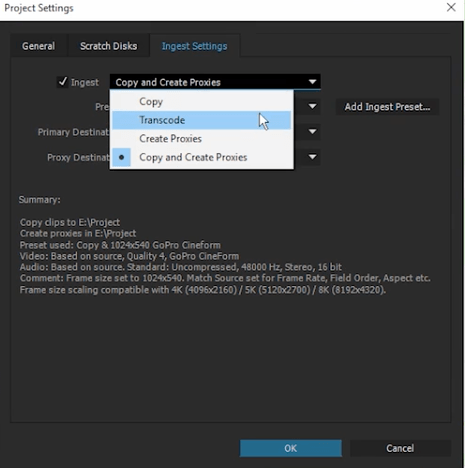 We’re scrambling to fix this. In the meantime, do one of the following: 1 > Set you cache file location back to the default location. You can do this quickly by trashing your user preferences (hold down Alt (on Win) or Option (on Mac)) and then launch Premiere Pro. Or… 2 > Create a custom folder on whichever drive you want to use and direct your cache files to this location. Keep all files other than the Media Cache file out of this location.

This definitely doesn’t look like it is an isolated problem, and could potentially cause headaches for large numbers of users. While it does look like Adobe has a temporary fix for users of Premiere Pro, let’s hope they get on top of this quickly and come up with a more permanent solution.