The SLR Magic full frame CINE 25mm F1.4 wide angle lens for Sony E mount was being shown at NAB 2017. The compact size of the 25mm makes it a good choice of lens to be used with gimbals where users need to keep the weight down.

The lens features 11 elements in 9 groups and has a close focus of just 25cm. The aperture is manual and full de-clicked, and the front filter diameter is 52mm. The lens weighs in at just 520g (approx. 18.34oz) and looks to be a good option for users of Sony E-mount cameras. 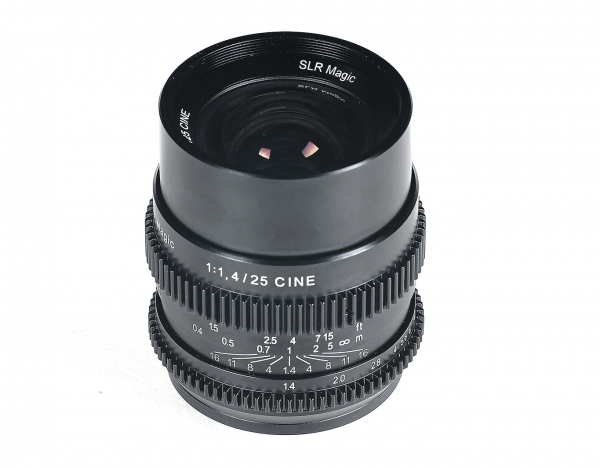