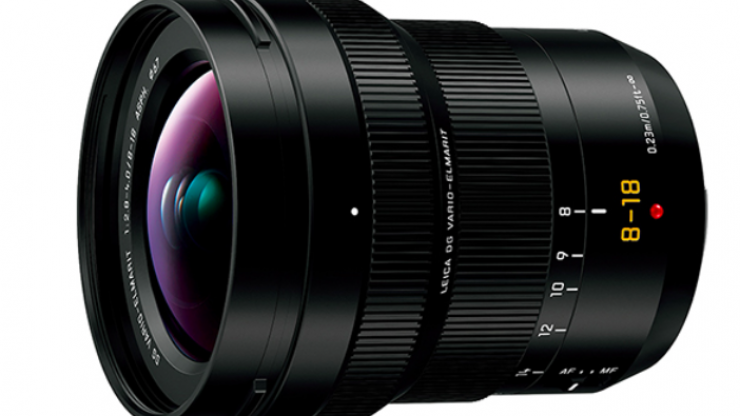 The 8-18mm covers a fairly usable range on a Micro 4/3 sensor, but it does so at the expense of not having a constant aperture. The lens features Panasonic’s Nano Surface Coating technology, which is claimed to minimize ghosting and flaring. The housing is said to be dust/splash-proof and will work in temperatures down to down to -10c. 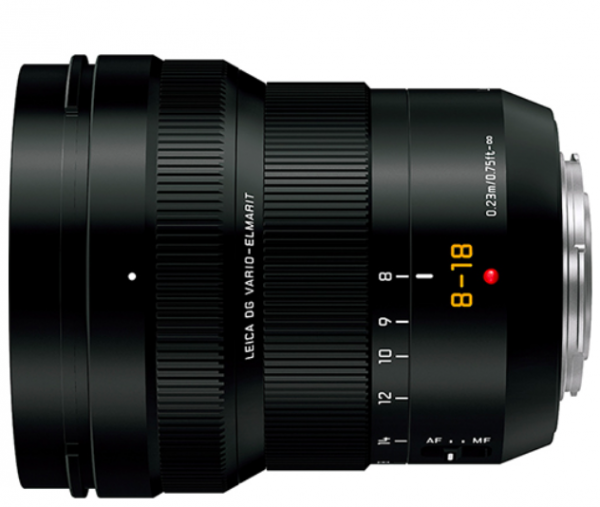 The lens is comprised of 15 elements in 10 groups, and features an aspherical ED (Extra-low Dispersion) lens, three aspherical lenses, two ED lenses and an UHR (Ultra High Refractive Index) lens. The use of these lenses is said to effectively suppresses spherical distortion or chromatic aberration to achieve high resolution and contrast from center to corners.

The next lens in the Leica DG Vario-Elmarit F2.8-4.0 Series lineup will be the 50-200mm telephoto zoom lens.