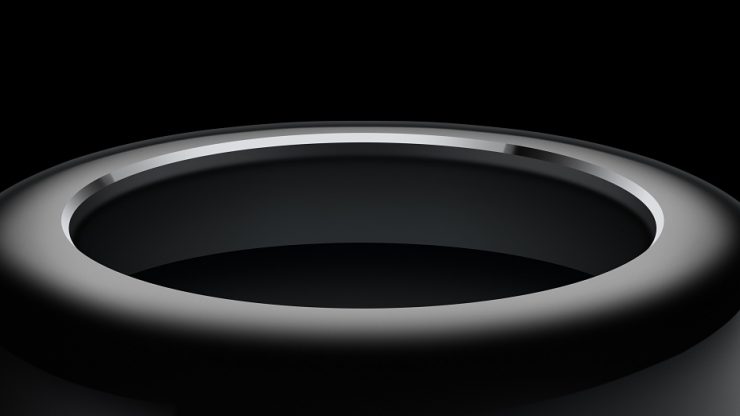 We normally like to do as much of our own reporting as possible on Newsshooter but sometimes it’s just not possible. Case in point: when Apple get five tech writers in a room and get as close they ever do to apologising. Then, you just have to go with what’s already been reported. Take a moment, hop over to Daring Fireball and have a read of a fairly extraordinary meeting.

To Pro or not to Pro

There have been rumblings and dissatisfaction with the current state of Apple’s ‘pro’ lineup for a while now: the current Mac Pro is based on nearly four year old hardware and hasn’t been updated since its introduction in June of 2013. Since then 4K video has become commonplace (to the point where the iPhone even shoots it) and VR has been born again (again). Both of these technologies ideally require decent, recent hardware to edit, and lots of users felt that Apple wasn’t supplying it – even that as a company they were moving away from ever supplying it again.

It’s worth noting this is an emotional as well as a practical reaction: for all that Apple is a multi billion dollar company, they have managed to retain a core community of creative professionals happy to pay an Apple Tax for continued use of macOS and well integrated software and hardware. This announcement seems designed to keep this (ultimately very small) contingent happy and convinced Apple is still there for them.

The good news is that Apple are working on a new Mac Pro that will be expandable and modular, with particular reference to the GPU. The trashcan Mac Pro assumed that multiple GPUs with a lower thermal envelope would be the way the industry would develop over the course of the computer’s life. Nvidia and AMD however have persisted in prioritising single GPU performance, leaving the Mac Pro (and many rather disgruntled users) without an upgrade path.

This is Phil Schiller, Apple’s head of worldwide marketing: “With regards to the Mac Pro, we are in the process of what we call “completely rethinking the Mac Pro”. We’re working on it. We have a team working hard on it right now, and we want to architect it so that we can keep it fresh with regular improvements, and we’re committed to making it our highest-end, high-throughput desktop system, designed for our demanding pro customers.”

There’s also an Apple-branded Pro display in the works, and new versions of the iMac later this year aimed at professional content makers – presumably programmers, photographers and videographers.

And now the not-so-good news

But no Mac Pro this year. In the interim the old models each get a bump up to the next level but stay the same price. So the entry level Mac Pro now comes with a six core processor (instead of four cores) and the FirePro D500 GPU (as opposed to a D300). Needless to say it’s probably only worth investing what’s still a lot of money in one if you absolutely need the extra cores or GPU power right now. Or if you have a lot of Thunderbolt 2 peripherals you don’t want to have to buy a dongle for. Or if you really really want the modern-day equivalent of a G4 Cube before they go the way of the G4 Cube.

Hurry up and wait some more

Waiting for Apple can sometimes be intensely frustrating as an end user, and recently I’ve been umming and ahhing about switching entirely to PC – not least because the new MacBook Pros are, well, reassuringly expensive as they say. But I think this news has led me to start saving the pennies for a new new Mac Pro. I’ve got a year after all. How expensive could they be?