Angénieux announced the EZ Series lenses back in September last year. Not only are they fast and lightweight, but they also include a very innovative modular design (Interchangeable Rear Optics) to cover Super35mm and larger image formats for cine and broadcast productions. The EZ Series consists of two lenses: the EZ-2 15-40mm T2 and the EZ-1 30-90mm T2.

In search of the affordable cine zoom

For a lot of shooters the cost of buying a proper cine zoom has always been prohibitive. The compromise has been to use a zoom lens that was designed for capturing still photography images and not video. This is far from ideal for a number of reasons, but the cheaper cost meant a lot of shooters were willing to live with their limitations. Over the last year or so we have seen more and more ‘affordable’ zoom lenses starting to appear on the market that are aimed squarely at the owner/operator who wants to move from a stills zoom to a proper cine zoom. The Angenieux Type EZ series was created to fill the wide gap that exists between basic still photography zooms and the more expensive lenses used in the motion picture industry. 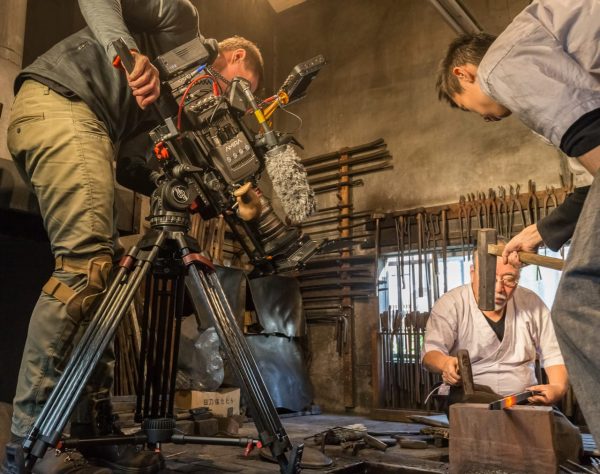 From cine exclusivity to everyman practicality?

Angénieux is a name you should be familiar with, their zoom lenses are widely used on many movies, TV shows and commercials. The company makes very high quality cinema zooms so it was interesting to see them tackle the lower end of the market for the first time. I was lucky enough to be able to shoot with one of the only EZ-2 15-40mm lenses in the world back in November last year. 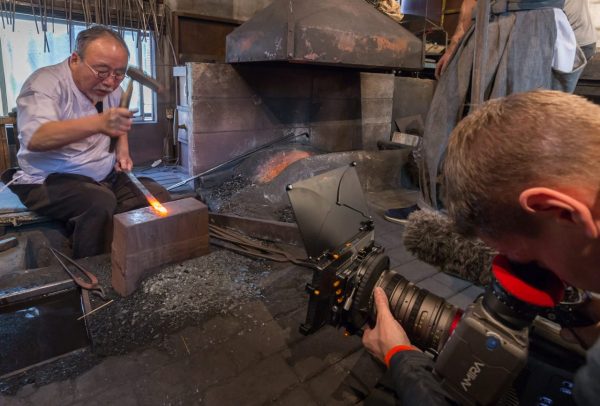 It is quite remarkable that Angénieux have been able to make a zoom lens that has a constant T2 aperture with a good range (15-40mm) that is very compact and relatively easy to use for a one man band operator. The lens really doesn’t have any direct competition at this price point and focal range. The 18-35mm T2 Sigma (a re-housed stills zoom) has a much shorter focal range, and the Canon CN-E 15.5-47mm, Zeiss 15-30mm T2.9, and Arri Alura 15.5-45mm T2.8 are a lot more expensive.

The EZ-2 has a 114mm front diameter, 0.8 gear teeth on focus, iris, and zoom, as well as a removable support foot. The EZ Series lenses come in a grey colour that may not be to everyone’s liking.

From S35 to full frame

As I mentioned earlier the EZ-2 15-40mm is designed with swappable rear optical elements so you can convert the lens from covering 3-perf Super 35 to full frame/VistaVision. This clever design has many advantages over adding optical elements such as 2x extenders, as swapping the rear assembly allows the lens to maintain the same physical size and minimum operating distance. You also only lose slightly more than a stop of light when going from Super 35 to full frame coverage.

This is a very clever way of giving the lens more versatility and a certain amount of future-proofing. The other benefit is that the optics are designed to be part of the lens, and not just additional elements that blow up the image resolved by the lens. By doing this your image does not suffer from having to go through additional glass/air surfaces and lens can maintain the same image quality regardless of whether you are using it on a Super 35mm sensor or full frame/VistaVision camera.

For single operators or people shooting documentaries and run and gun projects, the fast and constant T2 aperture is a very welcome feature. For these type of shooting scenarios using prime lenses is impractical as you just don’t have the time to be swapping lenses all the time. Zooms make a lot more sense, but proper cine zooms are not always the best choice. Their larger focus throw and sometimes limited focal range can be problematic.

The closest competition… also made by Angénieux

I personally own and use the Optimo Style 16-40mm T2.8 and 30-76mm T2.8 zooms. I bought both of these lenses after spending many months testing and comparing the various cine zoom lenses on the market. I found these lenses suited my needs as they were relatively lightweight, had no focus breathing and were suitable to be used by a solo operator. So how does the EZ-2 fare in comparison?

To test out the lens I wanted to use it along side two other Angénieux zooms that are at different price points. I did this primarily to see how the EZ-2 held up against much more expensive zooms in terms of image performance and most importantly the “look”. Unlike all other Angénieux lenses the EZ Series are made in Japan and not in France. For me one of the main attractions of the Angénieux lenses is the distinct “look” that they have. A lot of people talk about the Cooke “look” and I think the Angénieux zooms also have their own unique characteristics.

On location with the EZ-2

I took the EZ-2 15-40mm T2, Optimo Style 30-76mm T2.8, and the Optimo Style 25-250mm T3.5 lenses out to shoot Japan’s most famous sword maker Yoshindo Yoshihara. I hadn’t been to the location previously so I didn’t have any idea of what to expect when I arrived. The main area where we would be shooting was quite small and I didn’t have access to a gaffer and lots of lights. The whole idea was to see how the lenses performed under available light in challenging conditions.

The EZ-2 uses internal focusing and zooming mechanisms, so the lens size remains constant throughout the zooming and focusing range. I found that the focus breathing was almost non existent. Angénieux claim that the EZ-2 has the same Angénieux look, and the colorimetry matches those of the Optimo and Optimo Style series. While you can get all those lenses to match up pretty well in post I don’t think the EZ Series has the same look and characteristics of other Angénieux lenses. That’s not to say it’s not close, but I could definitely pick the difference straight away. To be fair I don’t actually think a lot of potential EZ Series owners are likely to be using the lenses with the more expensive Optimo and Optimo Style lenses.

I purposely shot a lot of the material on the EZ-2 wide open at T2 because I wanted to see how it performed in less than ideal lighting situations. The lens is still fairly sharp at T2, but it certainly improves when stopped down slightly to T2.8 to T4. I didn’t think the corner sharpness at T2.8 was as good as the Optimo Style 16-40mm, but then again, that is a much more expensive lens.

Angénieux also claims that the EZ-2 has minimal distortion at wide focal lengths. I found there was some barrel distortion at the wider end of the focal range, but it is well controlled. Like the Optimo Style 16-40mm there is some natural shading that starts to happen out towards the edges of frame, but this is something I personally like. 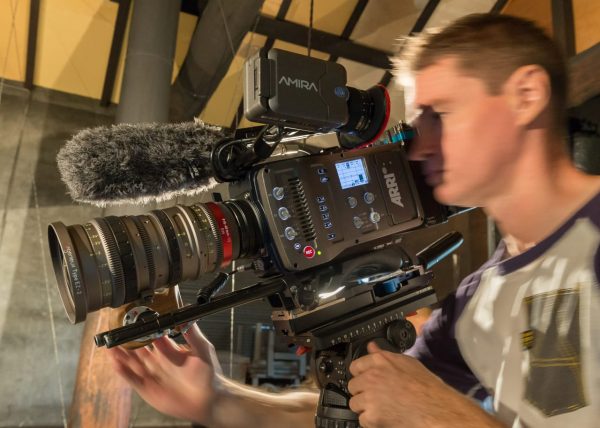 The EZ-2 is certainly a very impressive lens for the money. There is no other cinema zoom lens that offers a constant T2 aperture with such a wide focal range. The build quality is very good and the operation of the lens is right up there with much more expensive offerings. The ability to switch out the rear optical elements is a truly unique feature. While it may not have that exact same Angénieux “look” as their other lenses, it is still capable of producing really nice imagery.

At $10,185 US it’s still not what I would call cheap, but it certainly is a lot more affordable than a lot of other cine zooms lenses. If you want to get the Angenieux EZ-2 15 to 40mm Cinema Lens Pack (Super35 and Full-Frame) then that will take the price up to $13,095US. The nice thing is you can just buy the Super 35mm version and then get the additional full-frame/VistaVision optical elements later on if you need them.

For owner/operators of cameras like the C300 Mark II, Varicam LT, Sony F5/55, RED Epic/Dragon/Weapon, Arri Amira and Alexa Mini, the EZ-2 series look to be a good option. If you are using more affordable cameras such as the Sony FS5/FS7 or Blackmagic URSA Mini/Mini Pro the lenses may appear to be out of your budget, but the fact that they can be used to cover Super 35 and full frame/VistaVision sensors makes them a good long term investment.

There is also an optional detachable ENG style zoom grip for the EZ Series that is being made by Movcam. This will help transform the lens into a better option for shooters coming from an ENG background. The zoom grip should be available once the lenses start shipping.

The EZ Series provide a good level of performance given there relatively low price point (in comparison to most other cine zoom lenses). They are built with the future in mind and look to be a good long term investment if you are thinking about moving from stills zooms over to proper cine zooms. With a fast aperture and good built quality they are definitely a very good option when compared to other competing lenses on the market.