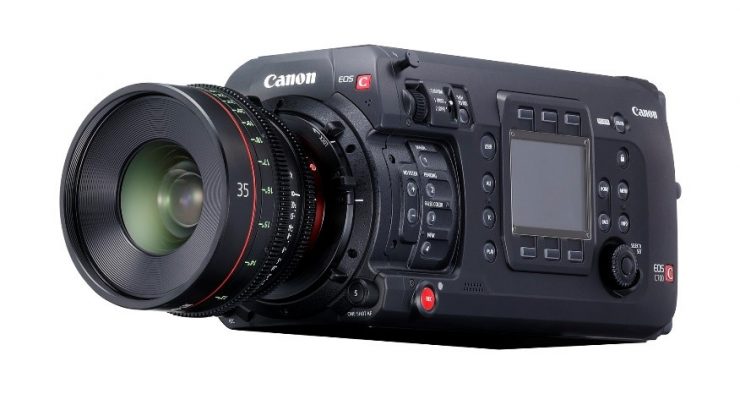 Canon firmware updates have been announced for the C700, C100 XC10 and XC15 camcorders and ME-series cube cameras.

and ‘many more,’ apparently – no further details were forthcoming. The update also enables an option to upgrade the firmware on the Codex unit. 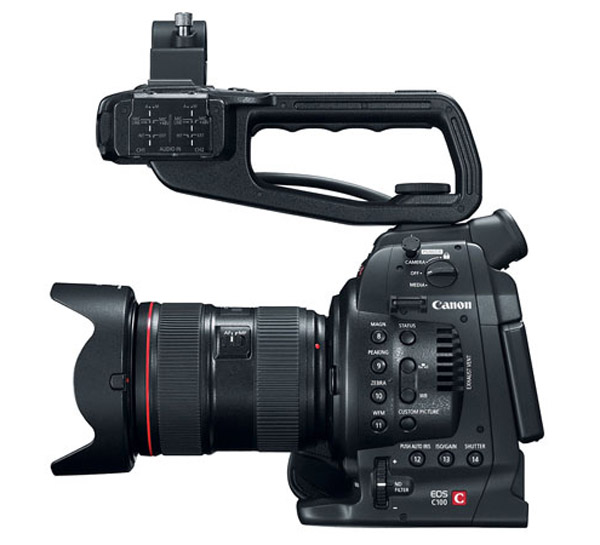 The firmware update for the C100 Mk I deals with lens compatibility, enabling the useful peripheral illumination correction for the following lenses:

The C100 Mk II’s new firmware enables a shutter angle priority mode which maintains the shutter angle when the frame rate is changed – sounds like this could be useful if you’re changing frame rates a lot, although I don’t think it’s a natural choice for shooting much off speed material.

Perhaps more usefully the update also enables peripheral illumination correction data for the new EF 24-105 f/4 L IS USM II lens. This will compensate for any changes in T-stop throughout the zoom range of the lens and is a setting I always find useful to have switched on.

The firmware update for the XC- series cameras enables support for the VPG (Video Performance Guarantee) 130 standard for CFast cards.

Canon’s ‘cube’ series of cameras gain new auto exposure modes including Shutter Priority (Tv), Aperture Priority (Av) and Automatic Gain Control (AGC). You will now also be able to select Auto or Manual ND filter operation. Auto white balance has been improved and a 25PsF output option has been added to support monitor connection and viewing when shooting in 25P.

The ME20F-SH gains support for the recently introduced CN-E18-80mm T4.4 L IS KAS S lens, and both cameras will now support the following lenses:

The new firmware upgrades can be downloaded now by finding your camera model on the Canon website here.