The Wrong camera- We have all worked with producers or directors who are not the most technically minded. It is often frustrating when you get contacted by a client who wants you to shoot on a certain camera because either A. They think its good because someone told them it was good or B. They want a certain “Look”. Just about any camera these days is capable of producing good images, but it’s important to always remember to use the right tool for the right job. 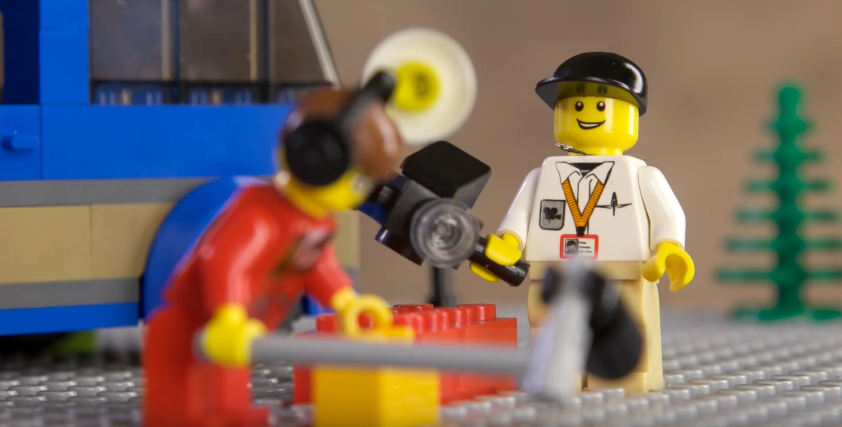 To illustrate this point Paul Ream and Steve Adams who do the excellent Extra Shot podcast have done up a brilliant stop/go animation piece using lego characters. Ironically it was shot on a Canon 5D and 24-105mm lens. It took 2,200 still frames and a lot of patience to make the whole video.

Have you had similar experiences with clients making unusual gear selection choices? We would love to hear about it in the comments below.