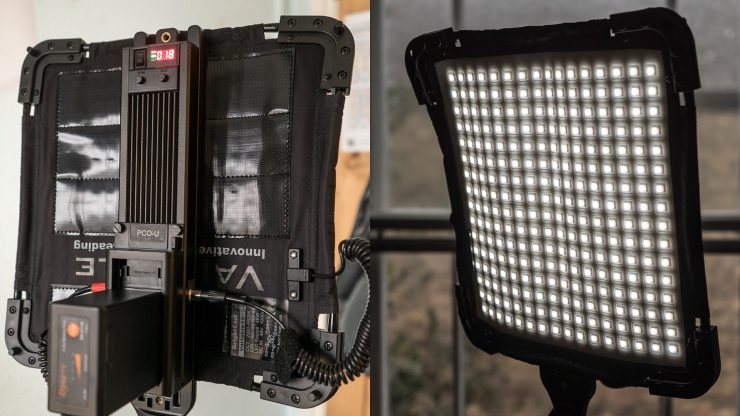 The Brightcast Bi Colour LED panel is a great light for one man shooters like myself – light, small, bright, colour accurate and easy to transport in the padded case provided as an added bonus the panel itself is waterproof but not the control unit.

It requires either an optional AC adapter or D-tap battery power to run. 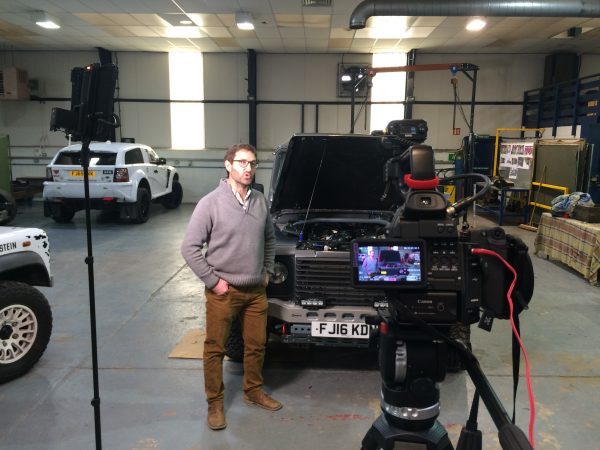 The MTF services kit I was reviewing included 2 Dynacore DS-U77B batteries with a charger, an AC adapter and a 2m D-Tap to mini xlr cable to allow separating the light and control unit from the battery and getting it into some interesting positions that wouldn’t otherwise be possible.

The Dynacore batteries are 77Wh Sony BPU style which are far smaller and more convenient to carry than V-lock batteries for those of us that don’t have the need for V-locks for other equipment.

They also have a USB socket for charging your phone or running other equipment from, for example I used it as additional power to my Sony A7SII.

The charger is much smaller than a v-lock charger too which is an added bonus if you are carrying all the gear yourself.
They took about 3 hours to charge from empty and provided over an hour (1 hour 23 minutes) of continuous light on full power, plenty for most interview situations.

There was some gradual dimming over the hour but it was minimal and didn’t seem to exhibit any flickering towards the end. Also the light dimmed a little but then just cut off completely when the battery finally died.
Time will tell how long the continuous output is as the batteries age but an hour per battery is pretty good given the size and weight of the battery. 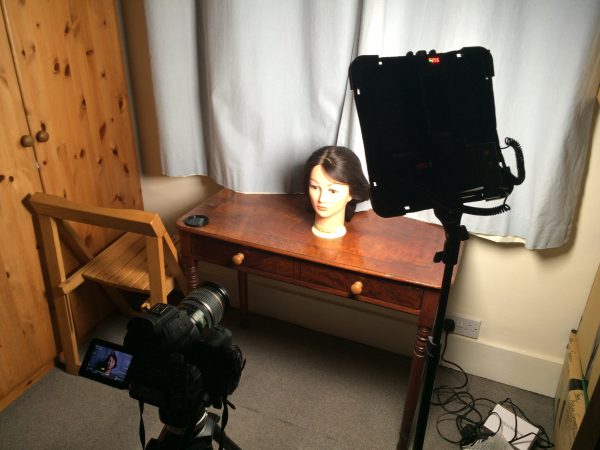 The 2m D-Tap to mini XLR cable allows you to detach the battery from the LED control unit, if for example you have it up high on a light stand and are worried about the weight and the light toppling over. This is far less of a problem with the BPU style batteries than is would be with a heavy V-locks.

In my testing this never caused concern as all but the flimsiest of light stands are able to easily hold the light with the BPU battery at full height safely and if in doubt a sand bag on the light stand base will solve the worry. At £47 for the cable unless you are powering the light with V-lock batteries this a cable you can easily live without.

The AC adapter is very useful if AC power is available, especially on longer interviews where stopping to swap out batteries would seriously interrupt the process.

The problem is that the cord from the PSU to the light is not long enough to have the light up very high (About 1m 20cm) Just about high enough for a seated interview or low down shot but necessitating the additional step of somehow mounting the PSU to the light stand to avoid straining the input mini XLR on the light control unit for anything above that 1m 20cm. 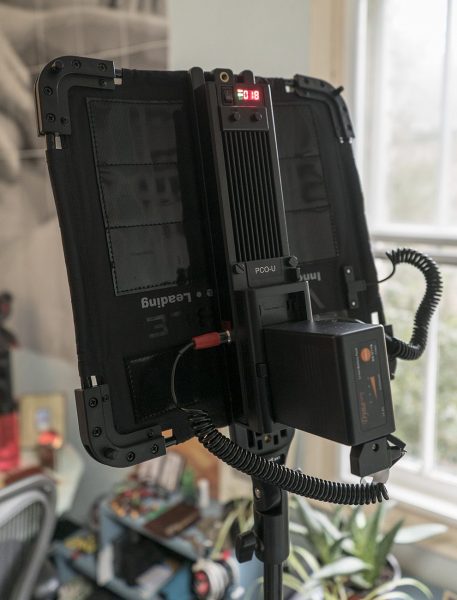 The design of the brighcast light means that the panel itself can only be separated from the control unit by a maximum of about 80cm-1m without placing excess strain on the curled cable connecting them. Some extension for this cable would be a welcome accessory as when the panel itself is detached it is incredibly light and thin, although there is no real way to mount just the panel to a light stand it would be great for mounting to a wall or in an otherwise inaccessible place.

The MTF services kit provides everything you need to run the Brightcast panel in a working environment and I have to say I love it.
The light is amazing and it’s light, easy to carry, quick to set up and provides a lot of high CRI illumination at a very good price. The Dynacore batteries are light and provide long flicker free operation and if you require over an hour of continuous light the AC adapter has you covered.

You can find out more about the lights and the MTF options on the MTF Services website.