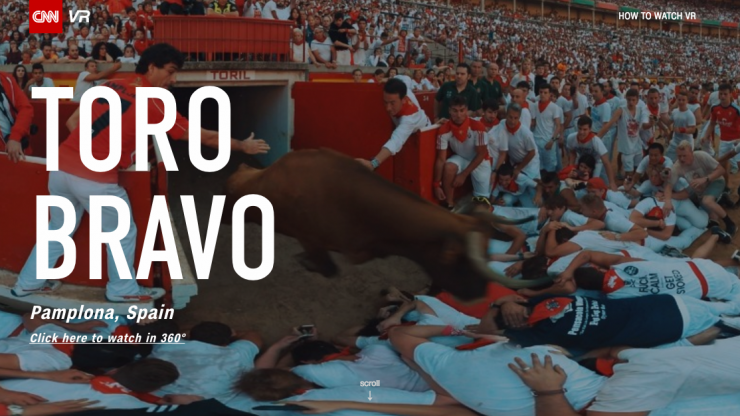 Joining the ranks of the New York Times, The Guardian, and other legacy media organizations, CNN has officially announced its own dedicated virtual reality unit, CNNVR, on March 7.

The immersive journalism and VR production unit launched its first experience, Toro Bravo, where viewers can experience the running of the bulls in Pamplona, Spain.

The team will cover events around the world in 360 video, live streaming, and weekly VR experiences.

Along with the announcement of CNNVR, CNN has also activated a new VR platform. Viewers can watch CNN’s VR experiences via their existing iOS and Android CNN apps, online at cnn.com/vr, and from within all major VR headsets.

With the launch of 360 support, CNN’s mobile app is now the third largest mobile VR app, behind Facebook and YouTube.

CNN has already experimented with VR, producing more than 50 news stories in 360 video that have racked up more than 30 million views on Facebook alone.