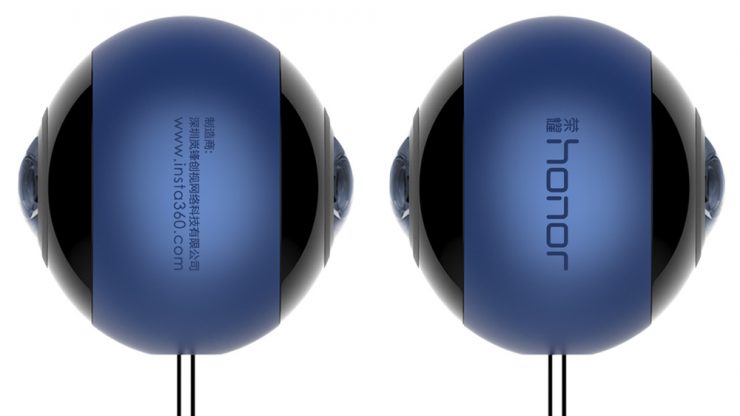 Could 2017 finally be the year we see consumer adoption of VR finally take off? Smartphone maker Huawei are obviously hoping so. They have just added a new product to its Honor lineup: a clip-on 360-degree camera for smartphones. The Honor VR camera can shoot 3K photos and claims to make livestreaming in 360 “seamless.”

Huawei partnered with industry veteran Insta360—makers of the Insta360 Air, Nano and yet-to-be-released Insta360 Pro—on the app used to control the camera and share content.

The small camera features two wide-angle lenses and appears to plug into devices via USB-C. Other details, including video resolution and compatible devices, have yet to be announced.

With the few specs available, it’s hard to imagine the Honor VR camera would cost more than a couple hundred dollars. The Insta360 Air, for example, costs $99 and can shoot 3K photos and 2K video, while the iO can capture 4K photos and 2K video for $249.

However, information about pricing and availability has yet to be released (but a press release on Huawei’s website said it expects to start international sales sometime soon). Hopefully we’ll hear more news at 2017 Mobile World Congress, which starts February 27.

The Honor VR Camera will be promoted alongside Huawei’s online-focused Honor product line, which includes the Honor selfie sticks, Hybrid earphones and Engine Earphones. More information about the new 360 camera will be available on Honor website as it is announced.