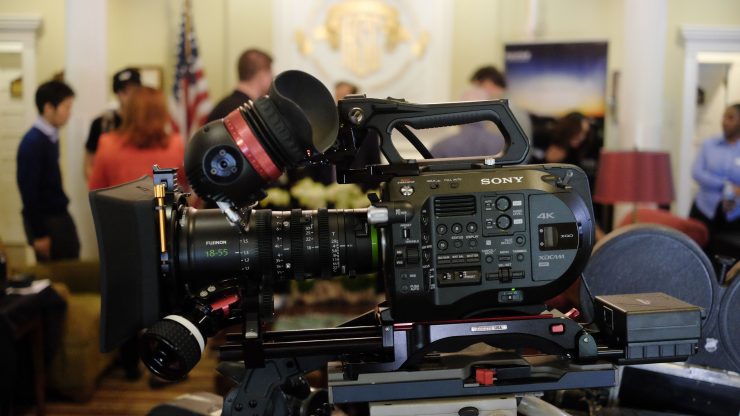 I got to attend the official North American launch of the new Fujinon MK cinema zoom lenses that took place at the ASC Clubhouse in Los Angeles. The lenses were shown for the first time to DPs such as Nancy Schreiber ASC and other select industry professionals.

My very first impression of the lens is just how light it is. It’s quite surprising. But even though the lens is light, it still feels solid and well made. Thomas Fletcher, the director of sales for the Optical Devices Division of Fujifilm explained that they used plastic for the outer barrel of the lens to save weight. “Metal would have only driven the cost and price up” he said.

Matthew Duclos, during his presentation, said that he was initially worried about the plastic body, but after after analyzing the overall construction, he concluded that the plastic didn’t deduct anything from the overall performance. In fact, he pointed out that the lens is very similar internally to the larger Cabrio series. Matthew also pointed out the optical performance of the lens was excellent with 200 line pairs in the center when projected. 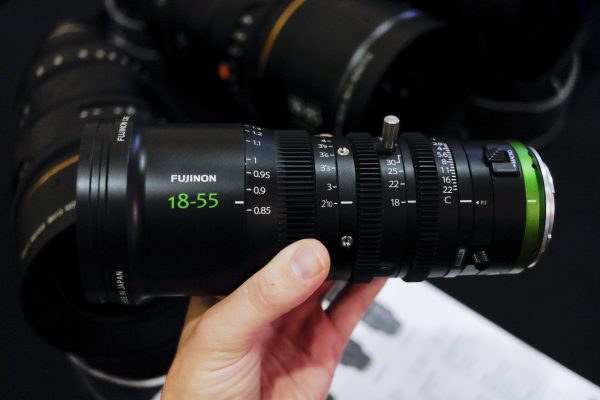 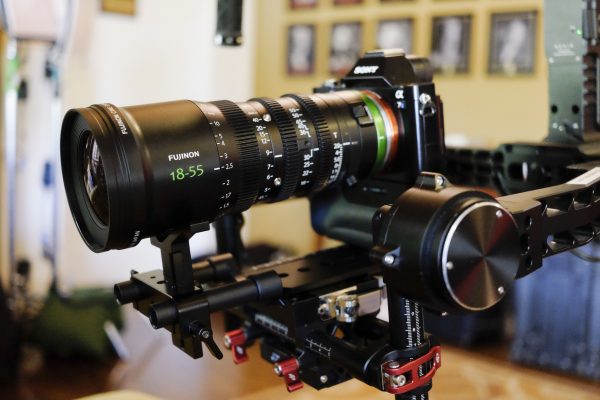 During the presentation, they explained that Fuji’s design goals were to address feedback DSLR users gave about still lenses. These problems included: focus loss while zooming, breathing while focusing, iris ramping, no manual iris, needing an adapter and no 0.8 gear pitch. From there they developed a lens that was 100% parfocal, had no axial shift while zooming, had a constant T2.9 aperture and was light weight. Other professional features of the lens is its Macro ability and back focus function. Thomas Fletcher made the point that Fuji had to make videos demonstrating how to back focus a lens as the “Emerging Filmmaker” market this lens is marketed to have never been able to do that with SLR lenses. 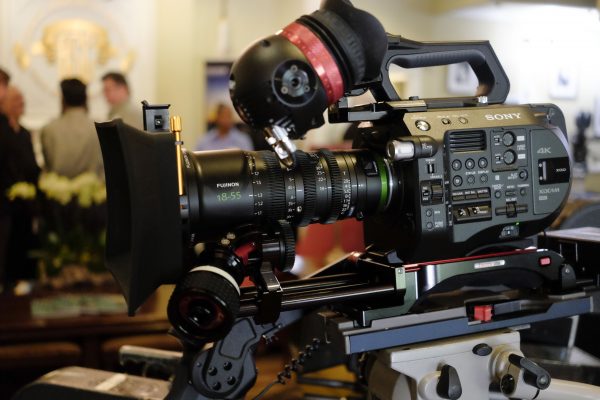 Another take away was from Matthew Schmidt, Senior Manager for Corporate Communications for Fujifilm, who spoke to the collaboration happening within the different divisions of Fujifilm. He talked about how the Fujifilm Optical Devices Division and Electronic Imaging Division have been working together to bring the lens to the X mount system. He talked passionately about Fujifilms efforts for internal collaboration as well as actively seeking feedback from end users and professionals.