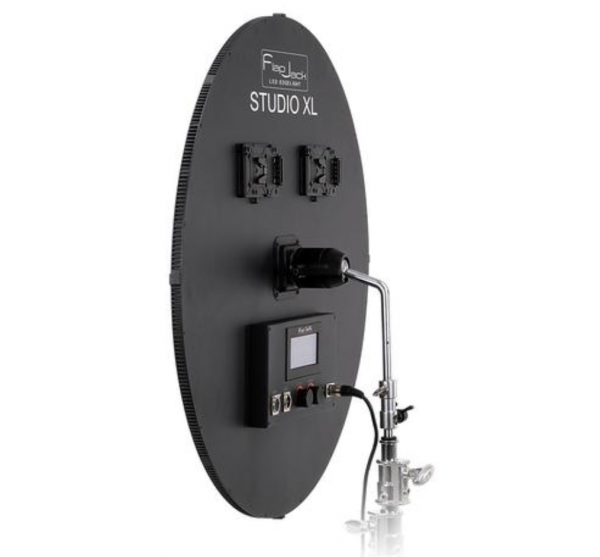 Instead of forward-facing LEDs like in a conventional panel, the FlapJack’s LEDs are mounted around the outer edge, aimed inward at layers of diffusion material. The FlapJack’s bounced light is claimed to produce a soft, even glow with no hotspots. The light is also quite thin given its large size, being less than 1/2″ at its thinnest point. 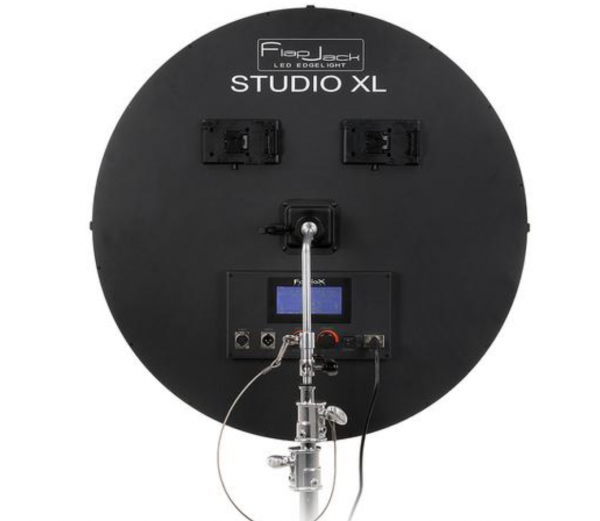 The light is fully dimmabte and Fotodiox claim there is no change in colour temperature, from 10-100%. The light is also dual coloured allowing you to adjust from 3200k to 5600k. A back-lit LCD indicator that shows light level, colour temperature and battery life status. The 30″ Studio XL has a 75°beam angle and draws 120W.

The 30″ Studio XL is now available to purchase for $1099.95US. The lights physical size probably makes it more suited to studio work, than for crews who travel a lot. The battery power option would make it suitable for some location work though.