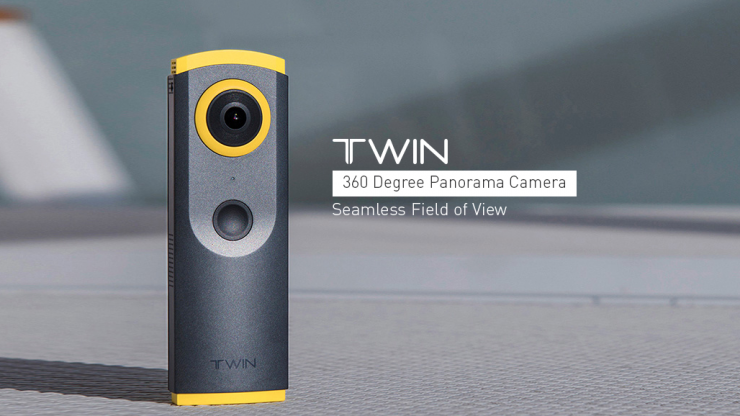 There was a time in the not-so-distant past when you could almost list all the 360 cameras out there on your fingers and toes. Not anymore. 2016 was a year of major growth for the industry and 2017 will see the launch of dozens of new 360 cameras—many of them coming in Q1.

Detu, makers of the 6K Detu F4 360 camera and the Sphere 800 hemispherical camera launched last spring, announced a new lineup of cameras at CES this year, including the Detu Twin, an upgrade on the F4, and a new 3D 360 camera.

The Detu Twin, which looks remarkably like the Ricoh Theta, shoots full 360-degree 3K video at 30 fps with its dual 200-degree fisheye lenses. It can also live stream 3K video and offers live preview as you shoot from within the camera’s accompanying app.

Detu also hinted at two new cameras, the Detu F4 Pro and a 3D 360 camera. Specs and release dates for both cameras have yet to be announced, but it’s fair to assume the F4 Pro will be an update on the Detu F4, which captures 6K video with four wide-angle lenses and can live stream 4K video using Detu’s DeLive software. Footage from the F4 can be stitched automatically using Detu’s DeStitch software, which also supports custom stitching. Here’s a look at the F4 in action.

Sample footage of the F4 from Detu can be watched and downloaded here.

Detu also makes the Sphere 800 and Sphere S, both hemispherical cameras that can capture 1080P and 3K video, respectively, with 236 degrees of vertical coverage.

The Detu Twin will be available for $209 on Amazon and Detu’s online store later this year, but a specific release date has yet to be announced.

Visit the Detu website for more sample footage and to learn more about its camera lineup.