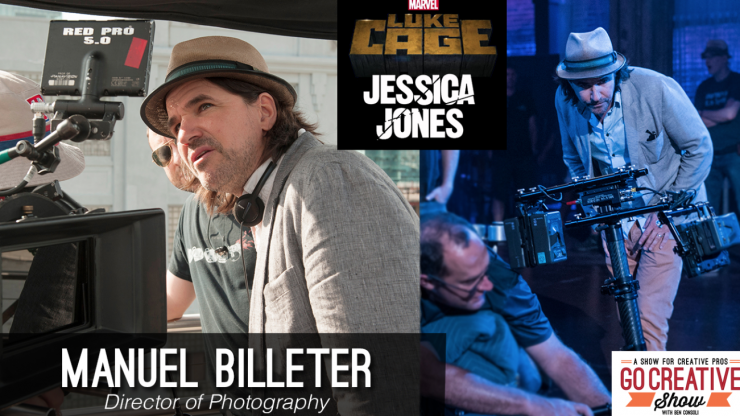 Comic book television shows have been extremely popular with viewers, and on the latest Go Creative Show episode, host Ben Concoli speaks to Manuel Billeter. Manuel is the cinematographer of Jessica Jones, Luke Cage and the upcoming Iron Fist, and he discusses his techniques for bringing these characters to life. Manuel also talks about his lighting, camera, and lensing choices and even gives a little sneak peek into the upcoming Defenders.

Above you can listen to the episode