If you have ever used a professional camera crane system designed for vehicles you will know that they take a long time to set up. Also, they are often limited to being used on particular types of vehicles. You could of course just hire out a car or SUV that has a Russian arm already on it, but for most of us that option is far too expensive. 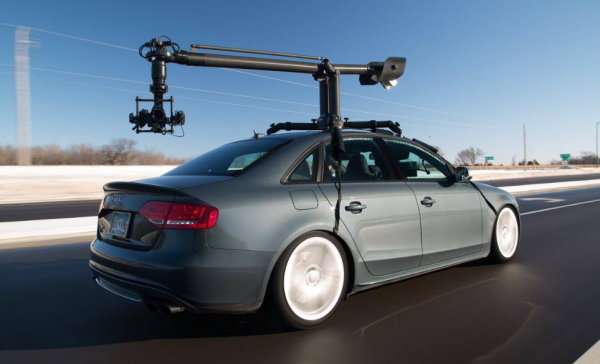 To overcome this problem a new system called MotoCrane has just been announced. MotoCrane is claimed to be the world’s first universal automotive camera crane system. It is a complete modular system that mounts to practically any vehicle in less than 30 minutes and only requires two people to set it up. Rated for use at speeds up to 80mph (128.75kmh), MotoCrane is aimed at giving more people access to creating cinematic camera moves from a vehicle. 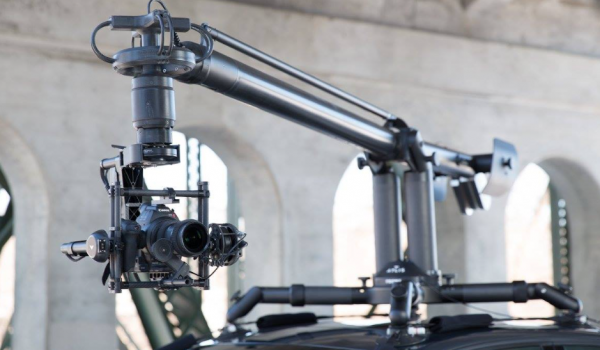 To allow for stability at up to 80mph the MotoCrane uses a stabilised head called the the ARCO. The ARCO features a fully enclosed camera tray, state-of-the-art sensors, and 110mm custom brushless motors with encoders. There are also dual lens control motor drivers, SDI, 2x LEMO Connectors (Lens Control), and an HDMI input for a claimed zero-latency 4:2:2 streaming. 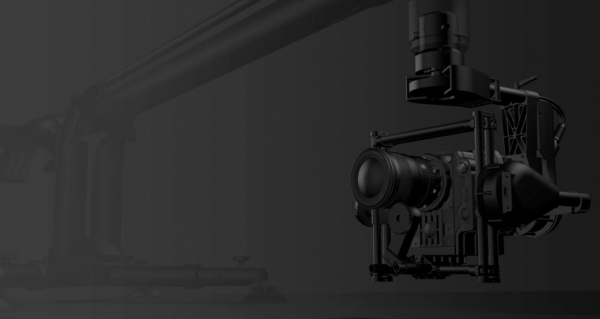 The ARCO has a 25lb (11.33kg) payload capacity which makes it compatible with a wide range of camera set ups. It is constructed out of aluminium and carbon fibre and features toolless adjustment. 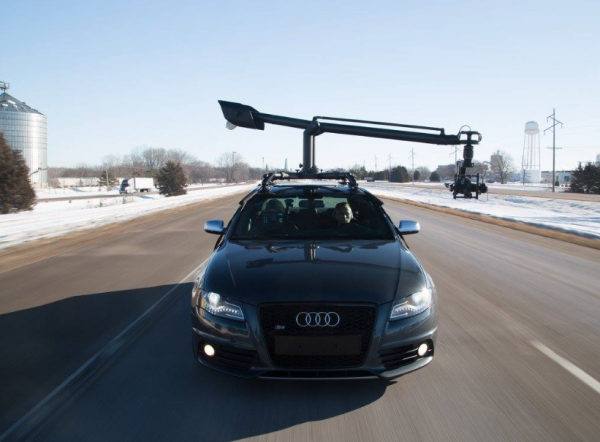 On top of the ARCO head is the wire rope isolator which is a simple, lightweight way to effectively smooth out the vibrations from the road. This is customisable so that you can either add or remove wire ropes to optimize isolation depending on the weight of your camera set up and the type of road conditions you will be working on.

On the back end of the crane arm there are wind fairings that have been designed for balanced aerodynamics when you are using the system at high speeds. You can also add or subtract quick-lock counterweights to further help in balancing your camera package. There is also clever in-app feedback that lets you know if you need to adjust the counterweight. 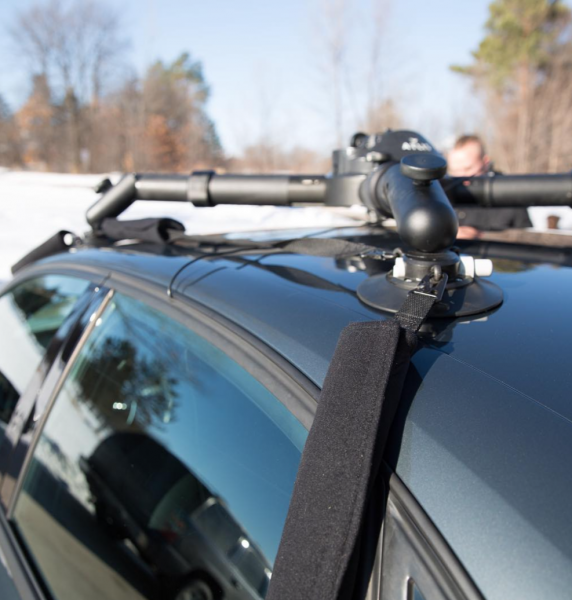 The MotoCrane attaches using the ATLIS base that adjusts to a variety of roof shapes and sizes. The industrial suction cups alone will keep the rig in place, but there is also the added security of strap harnesses that help distribute the load to the car. The MotoCrane also uses truck bearings and structural steel fasteners. Every structural member is comprised of carbon fibre, aluminium, or steel. The whole system is non-reflective and resistant to corrosion. MotoCrane claim that the system has been designed with safety in mind and that as long as you don’t overload the crane with weight you will never get close to its limits. 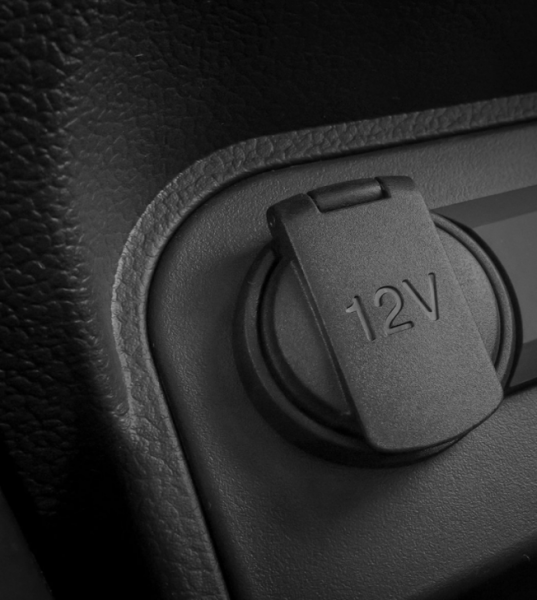 MotoCrane have come up with a clever powering solution for their system and have designed it so that you can use it all day without the hassle of swapping out heavy batteries. The entire system is continuously powered by the vehicle’s 12V accessory adapter. Rated for 100 amps of peak current, the ultracapitors can supply whatever power the MotoCrane demands. To power your camera and accessories you can also go battery-free with the ACRO’s 200W D-Tap port. 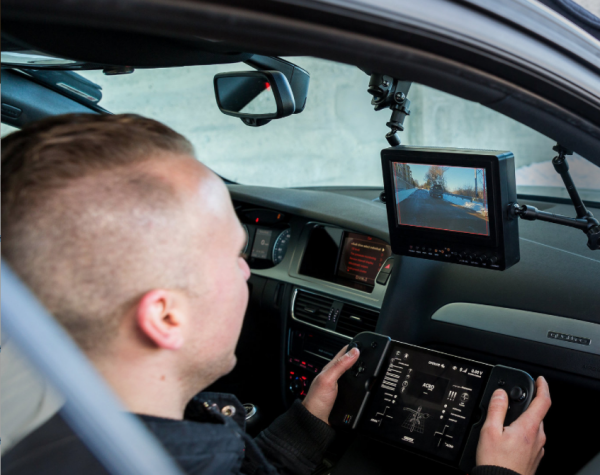 When it comes to control MotoCrane allows for zero-latency wireless HD monitoring and full FIZ control. A clever Command Central iOS app gives you access to every setting for making changes to any part of the system. MotoCrane has also included software enabled limits that protect your camera and vehicle. During guided setup, users can save critical positions that define a safe range of motion.

The portability of the system also looks well thought out. The modules all disconnect from each other and fold down into compact configurations. Each part of the kit is lightweight and protected by a custom case. The MotoCrane can be transported on the roof of a vehicle in the trunk, or on a plane. The system components have a combined weight of 95lb (43.09kg), just how much the whole system weighs in its custom cases is not yet known. 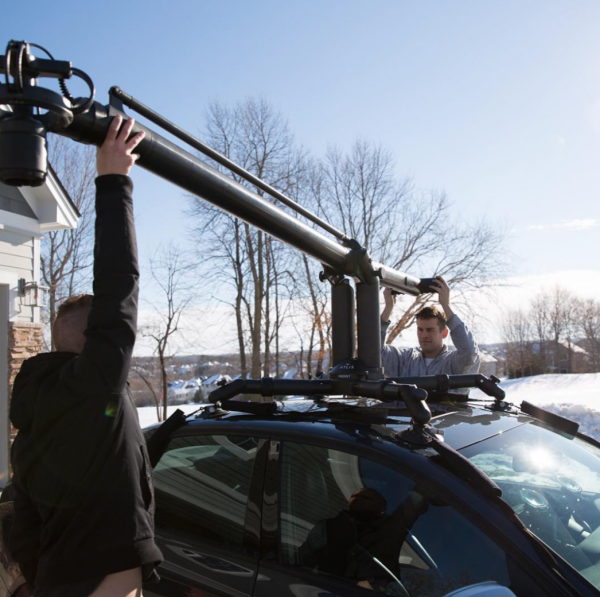 MotoCrane will open for pre-orders soon. There is currently no shipping dates or price available. While I doubt the system will be cheap it looks to be a well thought out solution that could meet a lot of filmmakers needs.