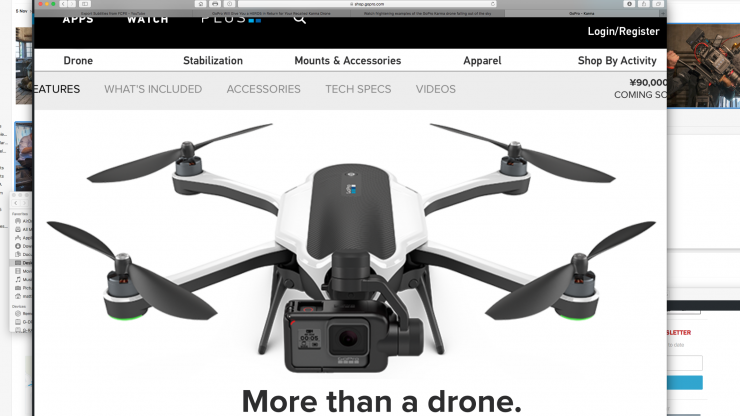 GoPro are now offering a free HERO5 Black in compensation to customers who have returned their Karma drone after it was recalled. We previously reported on the recall of all (approximately 2,500) Karma drones purchased by consumers since October 23. The move was announced after GoPro discovered that in a small number of cases, Karma units lost power in flight. Videos of Karmas losing power and falling out of the sky have become viral hits on Youtube. Ironically some of the Karma drone crash videos I’ve watched have a DJI advertisement playing right before the clip.

On the GoPro Karma Recall and Return Information page under you can find this updated response from the company:

Q: Will I receive a refund for Karma?
You will receive a refund for your purchase. All components included with the Karma drone bundle, including HERO5 Black and Karma Grip, must be returned for a full refund. Once your complete return has been processed and refund issued we will send you a HERO5 Black as a thank you. For Best Buy customers to receive their HERO5 Black, please contact GoPro Customer Support directly and have your original transaction number available to confirm your product has been returned and processed at Best Buy.

Whether the free HERO5 is enough to appease those customers who have had to return their Karma drones is something we will have to wait and see.