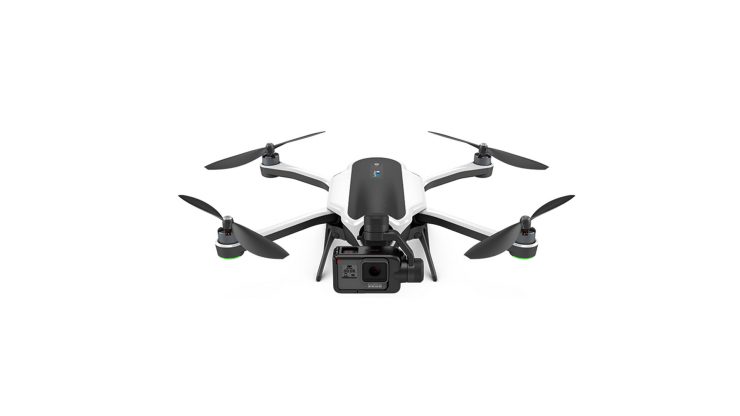 Bad news if you have received or already purchased GoPro’s new Karma drone. Today the company announced the recall of approximately 2,500 Karma drones purchased by consumers since October 23. The recall was announced after GoPro discovered that in a very small number of cases, Karma units lost power during operation. No related injuries or property damage have so far been reported.

Owners of Karma can return their units to GoPro, or their place of purchase, for a full refund. Replacement units are not being offered. GoPro plans to resume shipment of Karma as soon as the issue is resolved. This could potentially take some time to sort out and may well result in customers cancelling orders that are yet to ship.

Even if your Karma appears to be working fine, we are asking all customers to immediately stop using the product and participate in the recall.

To participate in the recall, visit GoPro’s webpage at: www.gopro.com/2016karmareturn 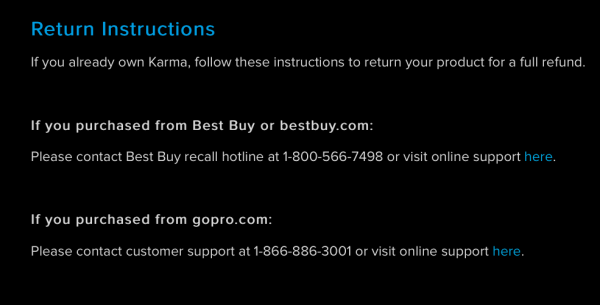 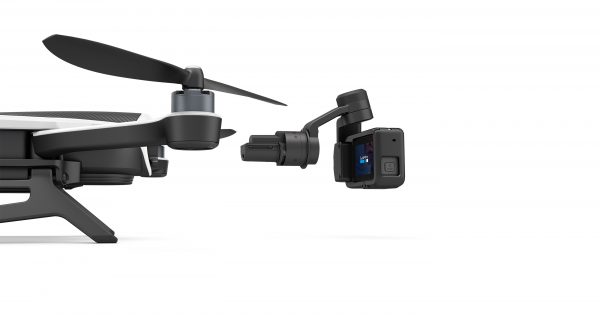 “Safety is our top priority,” said GoPro Founder and CEO Nicholas Woodman. “A very small number of Karma owners have reported incidents of power failure during operation. We have moved quickly to recall all units of Karma and provide a full refund while we investigate the issue. We are working in close coordination with both the U.S. Consumer Product Safety Commission and Federal Aviation Administration. We are very sorry to have inconvenienced our customers and we are taking every step to make the return and refund process as easy as possible.”